Food Shopping in Rome and the Km 0 Phenomenon 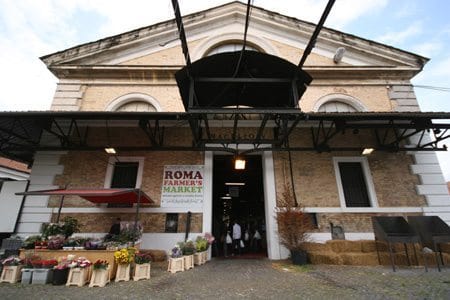 A few years back the phrase “km 0” started to be kicked around in Italian foodie circles. This abbreviation for “kilometro zero” signifies local, low impact primary ingredients, including meats, cheeses, grains, honeys, and has become the ubiquitous buzzword of the late blooming locavore movement in Italy. In spite of the growing interest in local products, there are relatively few places where you can buy them directly from the cultivator or producer. Many of Rome’s market stalls are not operated by farmers (look for produzione propria to determine which ones are) , and less and less of the city’s market produce is indeed local. So for farm direct purchases, we must rely primarily on the weekend farmer’s markets. What follows is a round-up of a few of my favorites.

Roma Farmer’s Market
The Roma Farmer’s Market opened in December 2008 in the southwestern part of the old slaughterhouse and is open Saturdays (9-6) and Sundays (9-2). Ivan Il Re del Pane has a stall selling Lariano bread and other baked goods from its shop in nearby Artena. L’Oasi Biologica Di Silva sells organic produce. Antico Casale Palmieri sells cold pressed olive oil. At Azienda Agricola F.lli Nesta, the Nesta brothers sell their homemade porchetta and hand cut prosciutto. Their stall proudly displays pictures of the men with their animals on the farm. The Bionutrirsi stall sells locally produced organic chocolates. 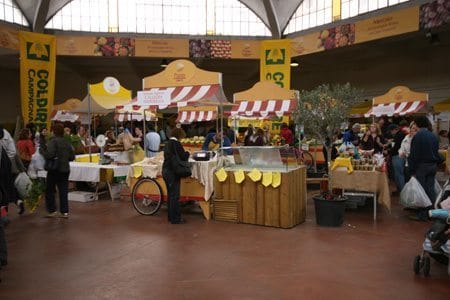 Citta’ dell’Altra Economia
The Citta’ dell’Altra Economia was inaugurated in the converted ruins of Testaccio’s old slaughterhouse in September 2007. The 3500 square meter area hosts an organic food shop, bar, and restaurant from Tuesday-Sunday. Since 2009, the outdoor space preceding the main building has hosted a large organic food and fair trade market (usually) the last Sunday of each month; during the month of March the market will be held every Sunday. (Check the website for future schedules.) While the Sunday market is well attended, the Citta’ dell’Altra Economia (Tuesday-Saturday) is struggling to remain open. Perhaps Rome is not as attracted to the organic “bio” label as it is to the local “km 0” one. Just a theory. 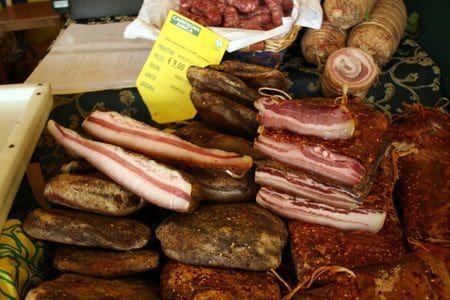