Gelatateria Natale, Lecce in a Cup 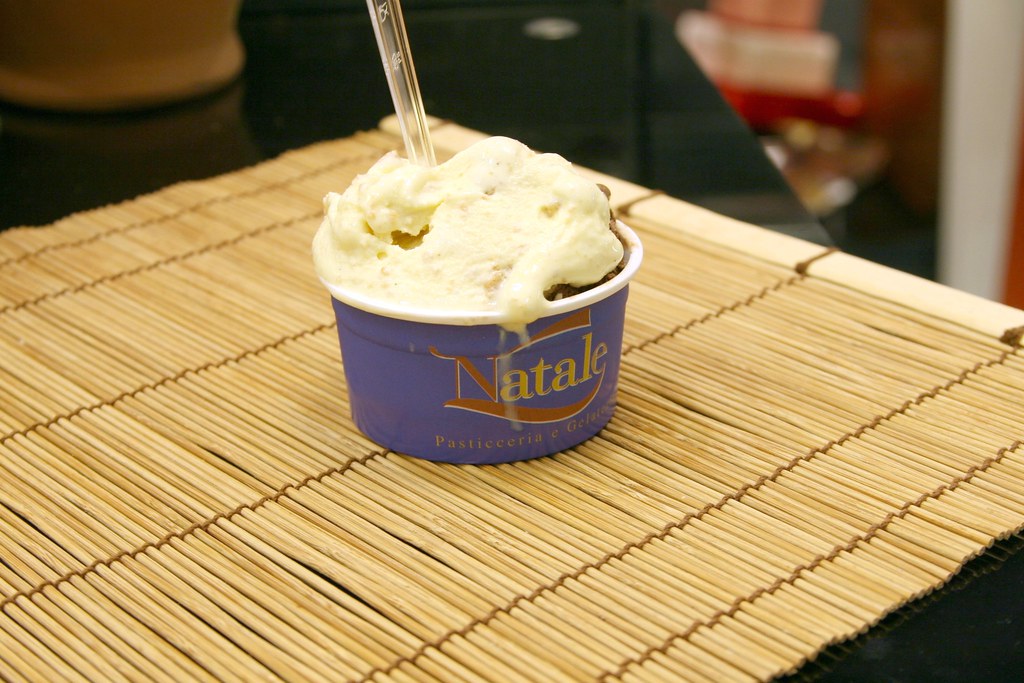 If there is one place on earth where eating copious amounts of fat all day long gives me no remorse, it’s Lecce. The whole place is swarming with sweet and savory temptations heavy on the olive oil (pizzi), besciamel (rustico), cream (espressini freddi), butter (pasticciotti), and whole milk (gelato). At Natale, a gelatetia and pastry shop just off Piazza Sant’Oronzo, they serve gelato al pasticciotto, an ode to the typical leccese sweet, rich in vanilla and fortified by egg yolks with big chunks of shortbread crust folded in. Yesterday I had a cup of it with a scoop of gelato al mustazzolo, named for the dense local cookie made with cooked wine must, toasted almonds, cacao, sugar and spices.