Holiday on the Greek Island of Lesvos 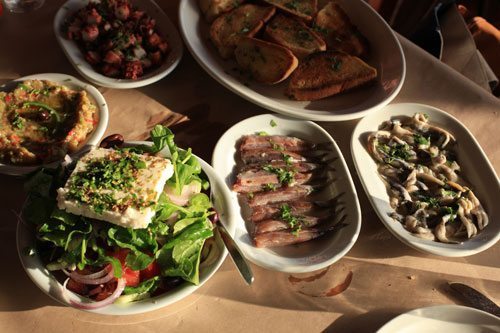 Like so many part- and full-time Ayvalik residents, Şemsa, my parter in caloric crime, had never been to Lesvos, the Greek island across the bay from the Turkish coastal village. We decided it was time to do something about that and planned a holiday for late September when the tourist season is practically over, in spite of perfect weather and ideal temperatures. 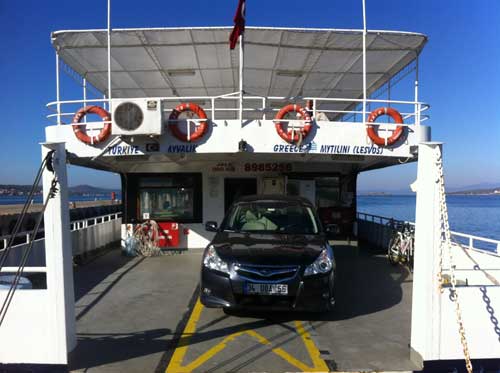 We left from Ayvalik on the 9:00am “car” ferry. That is, you could put one car on it (though they claimed four would fit this must have been a lie). No one had alerted the customs agent that there would be a car leaving on the boat, so we hung around the port for a bit while the official was roused from his slumber. Once the car documents were checked, we were on our way to Lesvos. 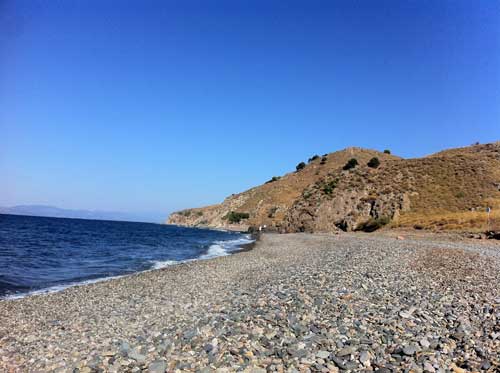 The two hour ferry ride took us past barren islands, others covered in olive orchards, and yet others peppered with the ruins of old Greek monasteries. Upon arrival in Mitilini, Lesvos’ main port, we quickly cleared customs, took a brief stroll through town, then aimed the car north to Molyvos where we met Semsa’s friend Yorgo for a swim and some lunch overlooking Eftalou beach. 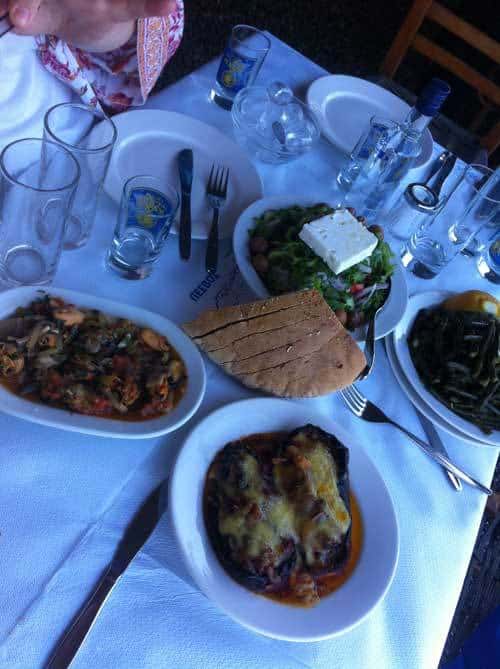 The beach was fairly desserted and the colors of its pebble beach and craggy cliff morphed into pleasing honey tones as the sun began to set. After a swim and a chat, we took our places at the adjacent restaurant for a very late lunch/early dinner/linner sort of meal. Of course this was accompanied by copious amounts of the local ouzo. Desserted beaches, late lunches and ouzo would be the trinity that defined the rest of the holiday. 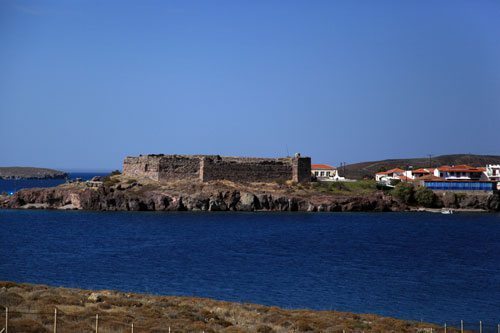 For the next three days, Şemsa and I drove around the island, occasionally joined by Yorgo, for a relaxing food-oriented holiday. We marveled at Lesvos’ natural beauty and medieval archeology. like Sigri’s fortress. 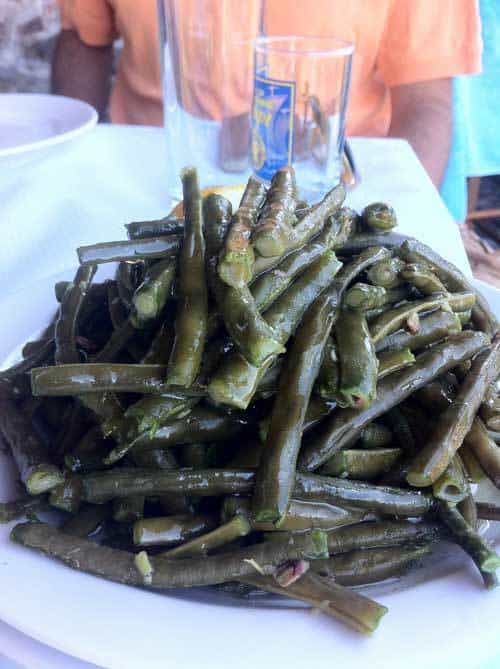 We ate our veggies! Mainly green beans and Greek salad. 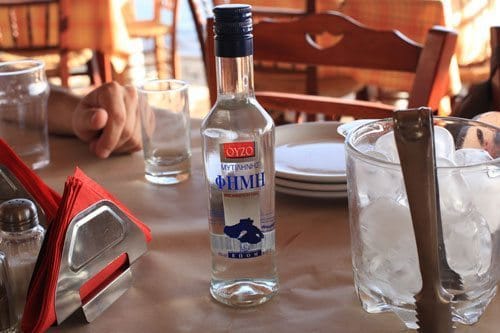 We drank not enough ouzo. 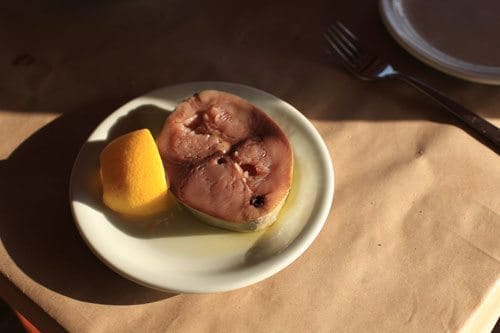 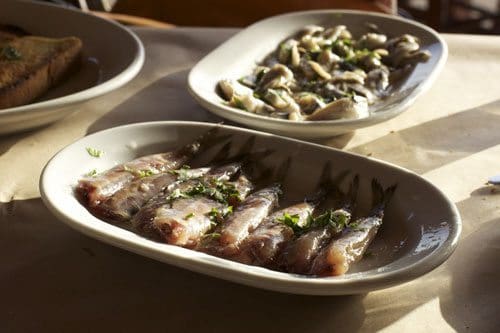 We tasted one of the best things ever, salt cured sardines. This was the best dish of the trip. 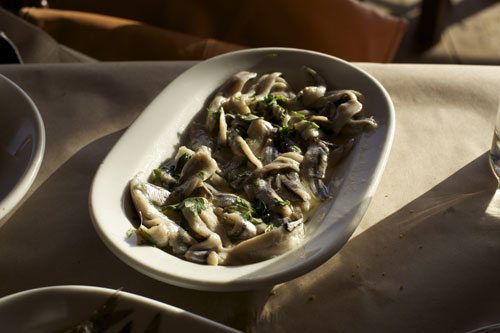 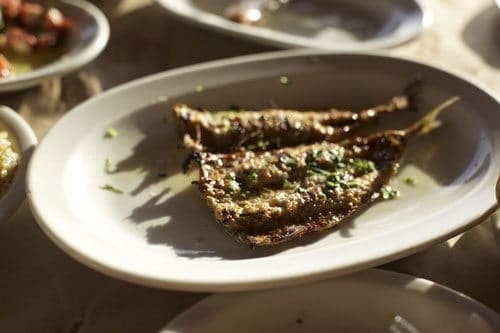 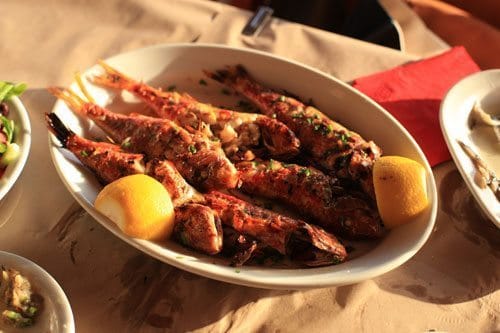 And lots and lots of red mullett. 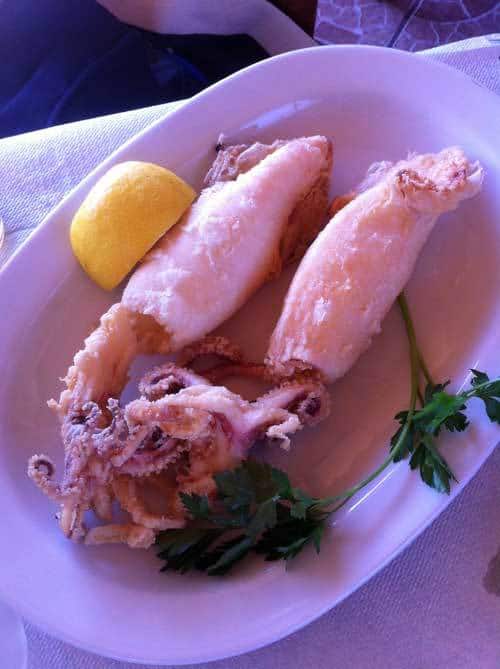 Twice we dined at Taverna Melonia in Molyvos, which serves perfect fried calamari. 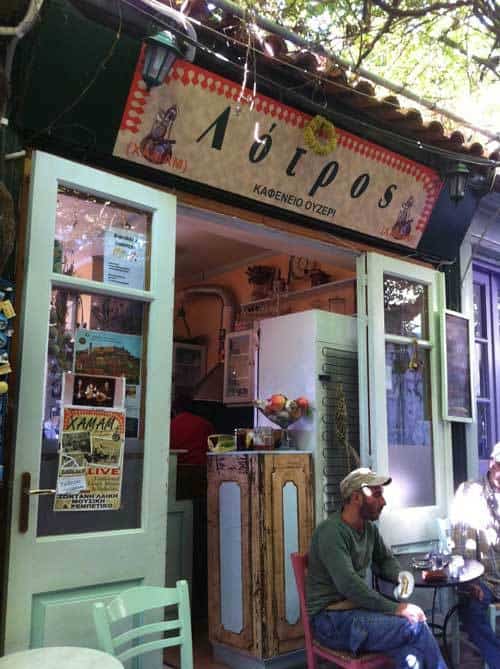 Once we ate breakfast at Mary’s ouzo tavern in Molyvos. 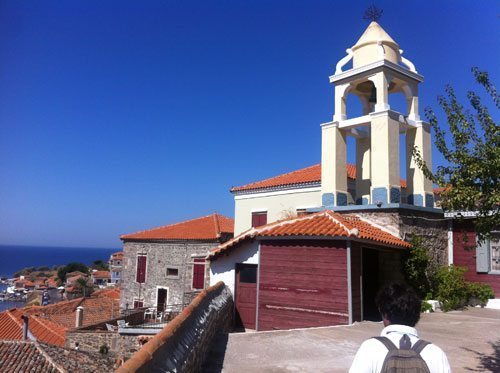 Which was followed by a stroll thought this fabulously restored seaside village. 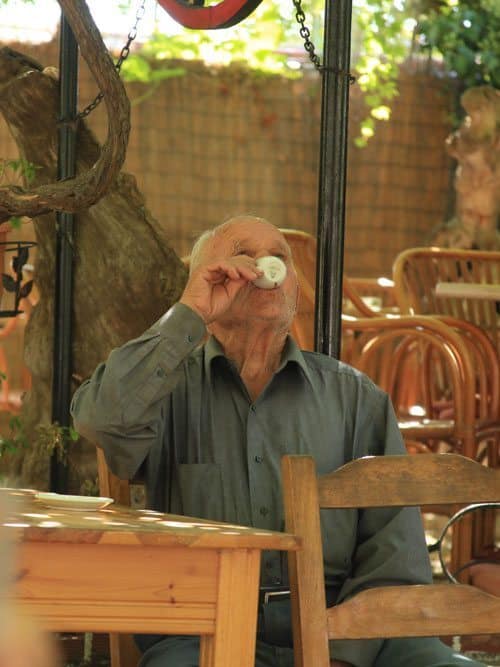 We drank coffee with the locals under lush pergolas. 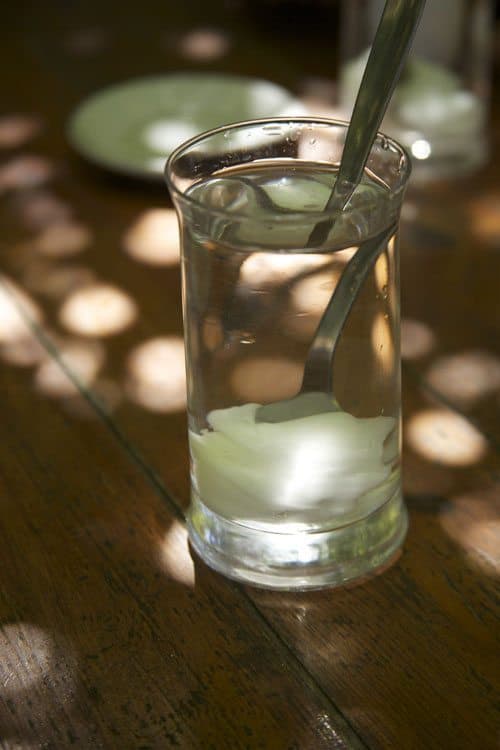 With a side of mastic from the neighboring island of Chios. 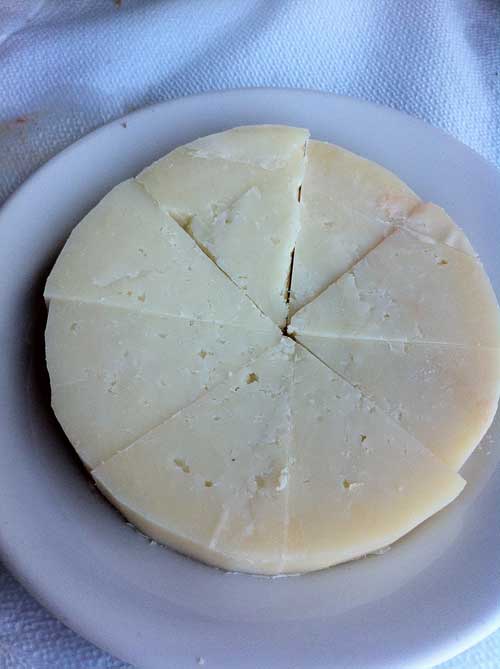 And when we reached the (rare) moment in which we thought we couldn’t eat or drink another thing, we ordered the local ladotyri cheese and more ouzo.