Il Sanlorenzo Brings the Tyrrhenian Sea to the Heart of Rome 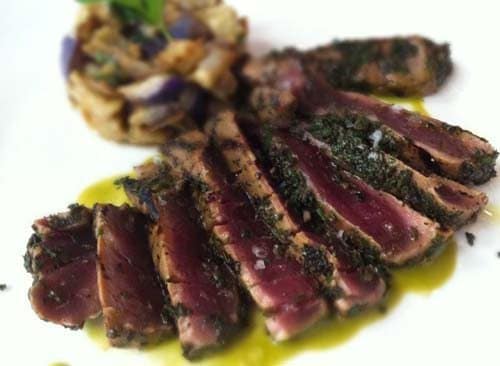 Though Rome is less than 15 miles from the sea, its cuisine has never been dominated by fish. Historically, cod, anchovies, and other preserved fish made up a small part of the mainstream diet, but until the 20th century brought refrigeration (and freezing), most fish remained an absolute luxury available to only the wealthiest in society. Even today, fresh fish is wildly expensive as a trip to any quality fishmonger or seafood restaurant will reveal.

Indeed, one of my favorite fish restaurants in Rome, il Sanlorenzo, is quite dear. I suspect some of its neighbors could afford to go on the regular without batting an eye. But with antipasti and primi in the €20 and up range and secondi averaging between €30-40, it’s not exactly the kind of place I can justify going very often. In my book, that’s a good thing, though. The Tyrrhenian and Mediterranean Seas are quite poor in fish. The unusually high demand has depleted stocks in the past decades and many species are threatened. 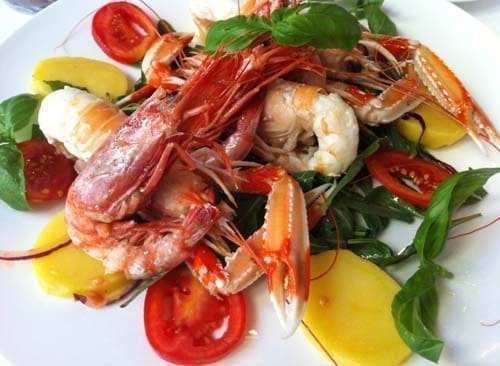 To be honest, I have quite an ethical crisis when it comes to eating most fish. For one, I am largely ignorant about the laws governing fishing in Europe–one needs a law degree to decipher them. I know that in the past year I have been served overfished, out of season, and even banned fish in restaurants. That troubles me. For that reason, I have begun to do a bit of research on sustainable fishing, seasonality, and fishing regulations. Staying on top of it is a really difficult task, and cutting back on my fish consumption has been the result. Now, I tend to eat fish sparingly and only in venues where I think I can trust the supply. Il Sanlorenzo is one of the more responsible restaurants in Rome, taking seasons into consideration and sourcing from small purveyors, mainly in Lazio.

At Il Sanlorenzo, much of the fish comes from the pristine waters around Ponza where it is caught by a local fishing cooperative and transported to Rome as fresh as possible. Clams come from Sabaudia, oysters from Anzio (as well as France), sea urchin roe (served only in season) comes from the Pontine Islands; yet other fish are caught off northern Lazio’s Tyrrhenian coast and sold in the fish market in Civitavecchia. When the seafood reaches the restaurant, it is prepared very simply to preserve its flavor. Il Sanlorenzo doubles as a fishmonger and the fresh fish displayed at the entrance can also be taken home.

On a recent trip to Il Sanlorenzo with my friend Patrizia, we had a beautifully prepared herb-drenched tuna dish (here tuna is only served May-Sept) and a “Catalana” of shrimp and scampi from Ponza. The cost of the meal, with two bottles of water, two sorbets and two coffees came to a jaw-dropping €112. While the almond milk sorbet was a flop, the fish was stunningly fresh and beautifully prepared. Prices for such a meal would be comparable at the city’s other top fish venues. While Il Sanlorenzo may not win any budget dining awards, I would argue that no fish restaurant should.

Il Sanlorenzo is located on Via dei Chiavari 4/5 in Rome.