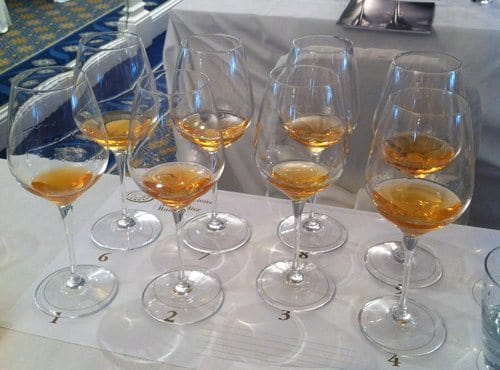 Josko Gravner, one of the world’s foremost experimental wine makers, was at the AIS conference in Rome to present eight of his white wines, all of which were made naturally and six of which were fermented in large terracotta jugs buried in the earth. The two-hour lecture-tasting was an emotional rollercoaster, partly due to the varied and complex wines we were presented, but mainly thanks to the man himself. Josko, Italian by nationality, Slovenian by mother tongue, and self-declared citizen of the world, vacillated between moments of self deprecation and supreme confidence. Dark humor and snarky quips were interrupted by tearful memories of his father.

“When I was 14, I would run home from school and work in the vineyards with my father,” recounts Josko. “He told me many things that I dismissed. I teased him and said he was old and there were new ways of doing things.” Josko grew up to become an important wine maker relying on modern techniques, a path he later reversed. Nevertheless he continues subjecting himself to publich verbal self flagellation for not heading this father’s guidance earlier, until it was too late.

Allusions to mortality, the impermanence of life, and the imminence of death wove their way through the Josko’s speech. They emerge in his wines, too, in the form of overripe fruit or rotting leaf notes. But Gravner’s whites also promise vitality and are destined to live a long life through their acidity and tannins. 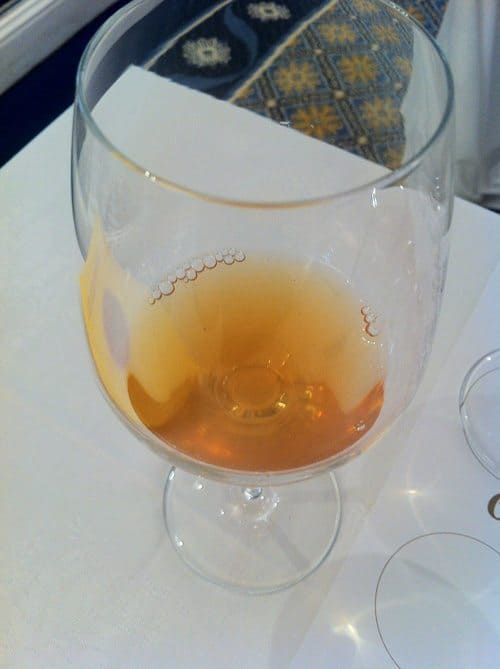 Here are some highlights from Gravner’s presentation, including some harsh words for the methods, terminology, and wines of other producers:

“There isn’t a lot of quality wine on this earth.”

“Wine should be wine. It isn’t the product of some recipe.”

“The phrase “orange wines” makes light of the process. The wines are not orange anyway, they are amber.”

“I have to make wine for me. Making wine for others means making wine without heart or soul. Making wine to satisfy consumer tastes is like serving him Coca Cola and telling him it’s wine.”

He also had news about the future of his vineyard:

“From the 2012 vintage onwards, I will not destem my grapes.”

“In 1982 I said ‘one day I only want to make Ribolla Gialla’. 2012 will be the last vintage of Breg [fusion_builder_container hundred_percent=”yes” overflow=”visible”][fusion_builder_row][fusion_builder_column type=”1_1″ background_position=”left top” background_color=”” border_size=”” border_color=”” border_style=”solid” spacing=”yes” background_image=”” background_repeat=”no-repeat” padding=”” margin_top=”0px” margin_bottom=”0px” class=”” id=”” animation_type=”” animation_speed=”0.3″ animation_direction=”left” hide_on_mobile=”no” center_content=”no” min_height=”none”][a blend]. 1982-2012. It has taken me 30 years to realize my dream of only making Ribolla. I love Ribolla and I don’t want to waste time on things I do not love.”

On why he doesn’t test residual sugar or acidity, nor control temperature during fermentation: “It’s like conceiving a child. I don’t want to know anything, only hope that it is born healthy.”

“In 1987 I took a trip to vineyards in California. When I returned my wife asked me, ‘how was the trip?’. I said, now I know how not to make wine.”

For a great write-up of a visit to Gravner’s vineyard, check out my friend Jeremy’s blog post here. 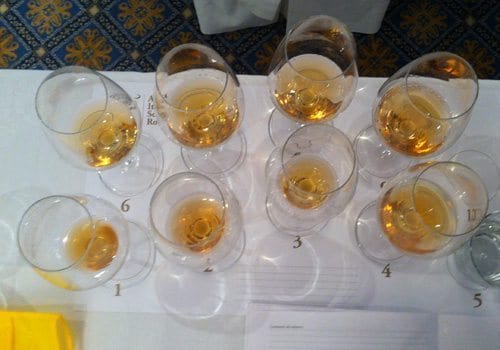