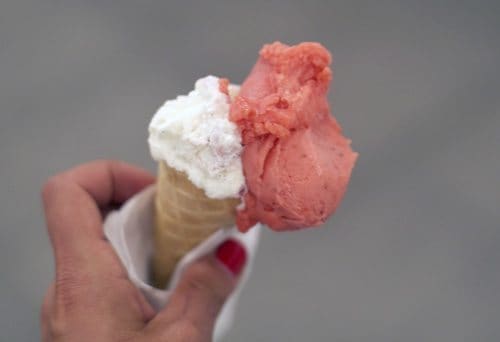 Rome’s economic stability is rapidly deteriorating and many sectors are crippled by lack of growth, inflation, and brain drain. Fortunately, the crisis has a silver lining. Small businesses are benefiting from reduced commercial rents, which allow them to open branches in the center of town. In the past month, four of the city’s top artisanal gelato shops have opened shops in or near the center. Store managers acknowledge that rent in downtown Rome is never cheap, but say lower rates provide opportunity. Here’s what’s new: 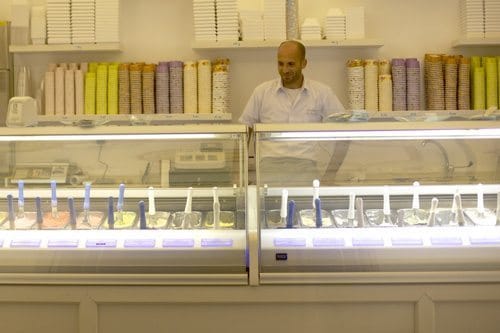 Gelateria del Teatro
Lungotevere dei Vallati 25. The long established gelateria near Piazza Navona has opened a second shop next to the river near the end of Via Arenula. The space is twice the size of the original location and features cobblestones on the floors and frescoes on the ceilings. 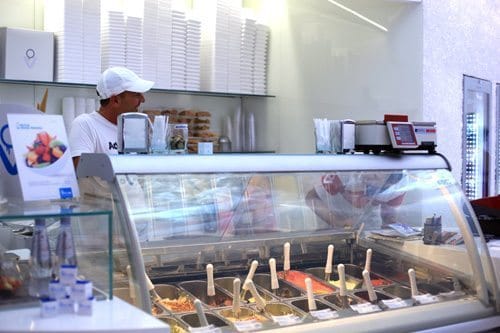 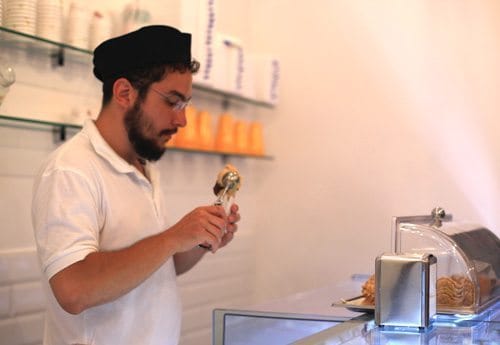 Fatamorgana
Via Roma Libera 11 (Piazza San Cosimato). Maria Agnese Spagnuolo’s all natural gluten free gelato, which opened its third shop in Monti in May, has just added a fourth location, in Trastevere. 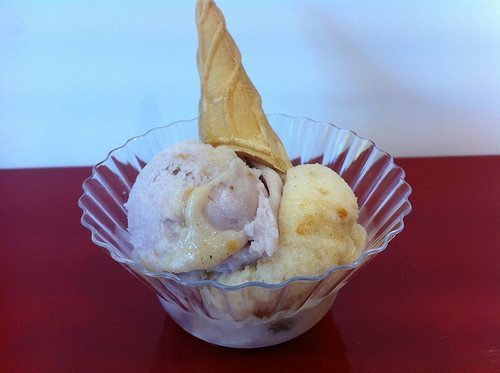 Il Gelato Bistrò
Circonvallazione Ttrionfale 13. Claudio Torce’ strikes again! This place is for a stop after Pizzarium. On Thursdays they will be hosting Parla Food-inspired gelato aperitivo.

And here is the new and improved Parla Food gelato map for Rome, updated to reflect these very recent openings: