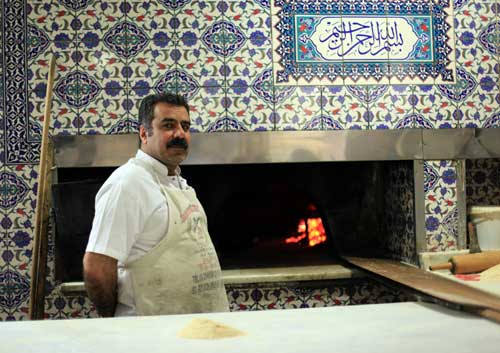 A couple of weeks back, while visiting Istanbul, I joined a Kebab Krawl with Istanbul Eats. My friends Ansel Mullins and Yigal Schleifer founded the blog Istanbul Eats in 2009 and expanded to food tours a little over a year ago. The success of their culinary walks has led them to take on culture experts like Megan Clark, who led a group of kebab-krazed visitors and me through the Aksaray section of Istanbul. The area, dubbed Little Urfa due to the predominance of immigrants from southeastern Turkey, is a packed with places to eat. During the three hour tour, which began with soup and ended with dessert, the enthusiastic and knowledgable Megan took us to seven establishments, all of which are firmly off the well beaten tourist track. Her passion for cultural heritage is contagious and she got me all riled up for my trip to Antep and Urfa, which is coming up next week. If you can’t jet off to southeastern Turkey yourself, a Kebab Krawl with Istanbul Eats may be the next best thing. For info contact [email protected]

Cubes of liver and fat were served with lavash and a grilled pepper. 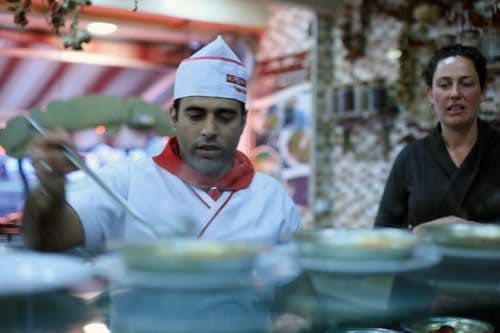 Beyran, a deeply spicy soup, is made with minced garlic, rice, lamb suet neck meat and pepper flakes. The ingredients are combined over a bunsen burner and heated to a rolling boil. 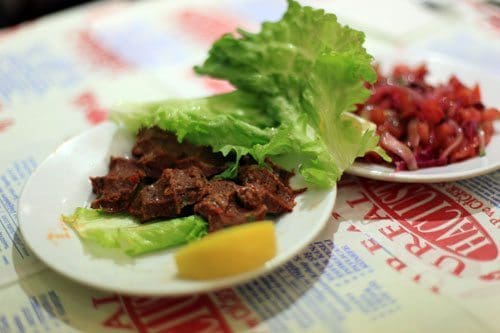 My favorite dish on the Kebab Krawl was, surprisingly, not grilled meat, but çiğ köfte, raw meat mashed with bulgur and tomato-pepper paste. 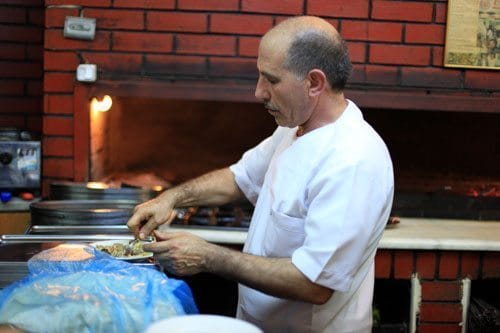 The Usta mashes our patlıcan (eggplant) kebab after grilling. 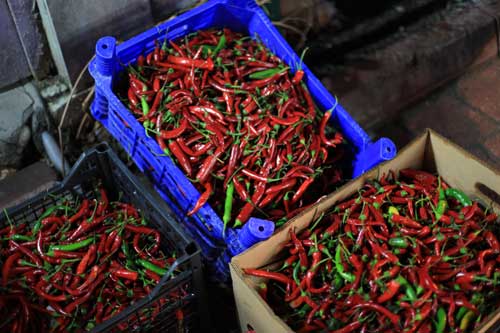 In Little Urfa, one shop sells a vast array of fresh and dried peppers. 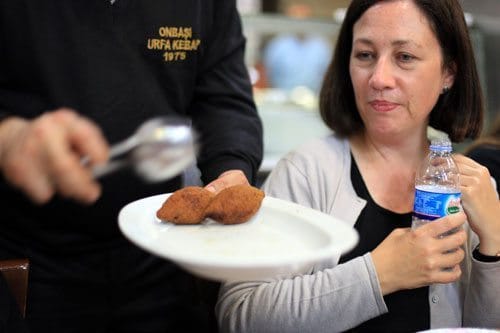 içli köfte were deep fried then baked to crispy perfection in a wood burning oven. 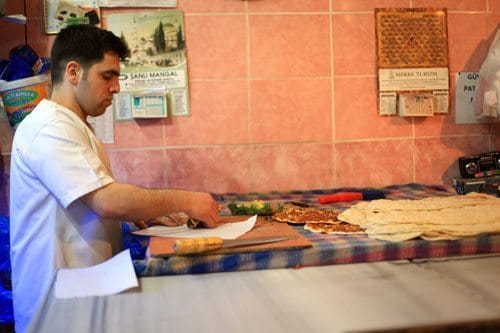 Wrapping lahmacun for us.