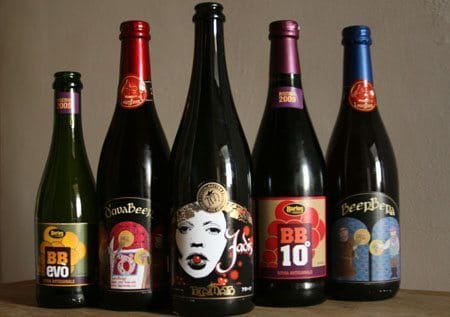 Italy is already well into its third millennium of wine making, so it’s not surprising that such an ancient beverage industry would influence the country’s newest—craft beer production.

While wine in Italy is categorized by a number of appellations that delimit the location and define the components of production, beer need not follow such strict regulations. This allows for bold experimentation with ingredients and techniques.

One of the main factors that drives innovation in Italy craft brewing is a lack of a significant native malt and hops production. Brewers wishing to make characteristically Italian beers that reflect their regions and territory have toyed with ways of doing so including using locally cultivated grains, incorporating seasonal fruits, and utilizing chestnuts in various forms–dried, smoked, roasted, or as flour or honey. For years, chestnut beers (some very good, others quite lame) were synonymous with Italian brewing, but recently a new, quintessentially Italian type of beer is emerging: one that uses the active or cooked must of indigenous grapes.

This fall, many brewers experimented with recipes that draw on the recently harvested fruit. Because there are no laws regulating how grapes may be used in beer production, brewers can use the quantities that they see fit and can incorporate the must in different steps of the beer production process.

Perhaps the brewer that is most associated with this relatively new innovation is Valter Loverier, a home brewer since 2002 who launched the LoverBeer Brewery in his native Piedmont earlier this year. His first beer, BeerBera, rings like “Barbera”, the name of the native grape that is a main protagonist in the beer’s production. 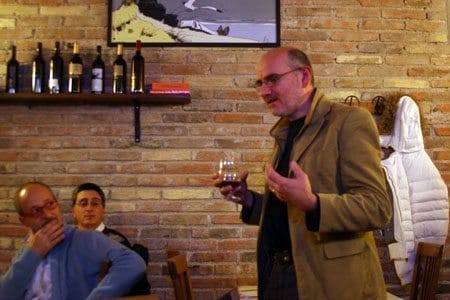 Loverier adds a significant amount of Barbera d’Alba wine must to his beer must, thereby setting off a spontaneous fermenation brought about by the yeasts that naturally occur on the grape skins. Call it a northern Italian version of the Belgian lambic style, which invites spontaneous fermentation from microorganisms naturally present in the air. He adds very little hops to the mix, so as not to add unpleasant bitterness. The resulting beer is aged in wood and is characterized by lively acidity and pleasantly harmonized sour fruit notes.

LoverBeer’s, D’Uva Beer, which was released at the Salone del Gusto in Turin in October, employs another indigenous grape from Piedmont: Freisa. Unlike BeerBera, it does not rely on spontaneous fermentation, but instead the addition of selected yeasts and Freisa wine must. The result is a beer rich in red fruit aromas with sour and bitter notes. Though both beers are 8% ABV, the heat of the alcohol is much more perceptible in this beer.

Birrificio Montegioco, also in Piedmont, produces Tibir, a beer made with the cooked must of the native Timorasso grape. Wrapped in paper, a nod to the brewer’s reverence for Belgium, this highly carbonated ale pours a hazy yellow. Sweet and spiced aromas mingle with floral and fruit notes, particularly pear and rose, the latter a characteristic of the Timorasso grape itself.

Down in Fidenza in Emilia-Romagna, Bruno Carilli’s Toccalmatto is another relatively new brewery—it was born in October 2008—which also takes cues from a Belgian style, this time double blanche. But in a decidedly Italian twist, Jadis incorporates Fortana grape wort (cooked must). This grape, which grows near Parma, is typically blended into the region’s famous red sparkler, Lambrusco. The grape imparts its color, tartness and body to the beer, which displays the characteristic spiced and yeasty notes characteristic of the double blanche style.

Still further south, the year-old Karma Brewery of Campania has just put out its special edition Centesimale, a beer that celebrates the brewery’s one hundredth overall batch. Here the use of typical products is strong, as the brewer incorporates cooked must of the local Pallagrello grape, as well as Annurca apple jam. The bouquet resembles more a sparkling rose than it does a beer, with prune and berry aromas.

Leaving the peninsula now for Sardegna, we come to Barley’s BB10. Brewer Nicola Perra has been producing this one-of-a-kind award winning beer for several years now. It incorporates the cooked must of Cannonau grapes that are cultivated in-house. BB10 is a rich and complex beer heavy on the prune, caramel, chocolate and dried fruit aromas that translate into a harmonious and subtly sweet beer that pairs well with chocolate or ricotta based desserts. Perra’s BB Evo’, first released in 2009, uses the ancient Nasco grape, which imparts its bitter almond and herbaceous characteristics in this unique barley wine style beer. Both weigh in at a hefty 10% ABV.

If the chestnut was once the quintessential Italian beer ingredient, today it is the grape. Native varieties that are historically and culturally linked to regions and territories are the vehicle through which brewers can definitively link beer to the land and area where it is produced. And what better autumnal brewing ingredient to reflect the season than the native grape?