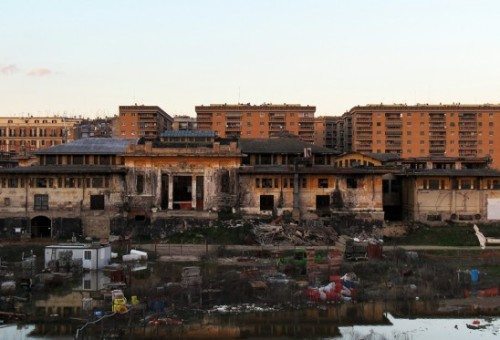 On Tuesday May 12, the American Academy in Rome will host an interdisciplinary conference organized by fellow Ruth Lo on the history of covered markets and their reuse. Starting in the late-nineteenth and early-twentieth centuries, cities across Italy began to construct covered markets to modernize the food provisioning system. These structures were often symbols of civic pride: they incorporated new technologies, were the nexus of municipal infrastructural grids, and facilitated better regulations on the quality, price, and hygiene of food.

Today, these markets are caught in debates across Italy as cities, citizens, and developers disagree on what to do with them after the buildings have fallen into disuse. While some of them have been upgraded or transformed, many are under threat of being destroyed to make way for other types of buildings.

The conference will convene leading scholars, artists, and architects to discuss the history, current and future states of Italy’s covered markets. I’ll be moderating a panel on local food consumption and infrastructure featuring chef Chris Behr, farmer Antonella Deledda, butcher Daniele Sartor and nutrition scientist Barbara Burlingame in which we will explore the complexities of supporting local food systems in a bureaucratic city of 4 million. The conference begins at 10am and the full program can be found here.