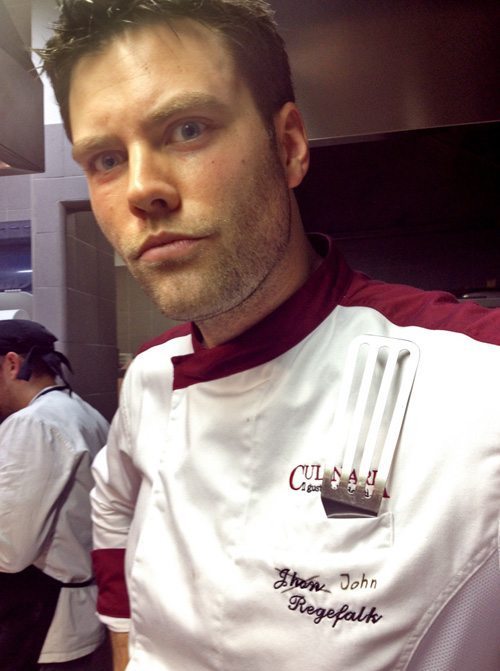 Parla Food: Describe your work and how it came about:
John Regefalk: When I went to school I thought I was going to be a photographer. My education was toward photography and video, but when I finished that I understood that it was going to be really hard to start from nowhere as a photographer. I had already been working as a dishwasher in a restaurant next to my parents’ house and that’s basically how I started with cooking. In the beginning, I was just a normal dishwasher, but then I kind of stood there watching the chefs work and looking into the kitchen and I liked the atmosphere. It was intense with a lot of things going on, and a lot of passion.

I worked as a chef for many years in Sweden, and all of a sudden I found myself in a period of my life where I had nothing really tying me down. So I just said, what’s the place that I would like to go most? And of course I was always thinking about cooking, and Italian cuisine is one of the most highly regarded, most important cuisines in the world. So I came to Italy. That was six years ago.

Four years ago, I had already been working in Rome in another restaurant, and then I went to do a couple of apprenticeships in Japan and Copenhagen. I was pretty sure I was going to come back to Rome, so I started looking at what type of restaurant I would like to work in. There wasn’t a whole lot to choose from. The restaurant scene here is extremely traditional, and I was looking for something more modern, more innovative. I’ve worked a little bit with other cuisines before—French, Swedish, what you call international cuisine that doesn’t really have connection to one certain place—and then I worked with Italian cuisine when I first came here, but I was looking for something else, something new. Right now I work as a sous-chef at a restaurant called Metamorfosi. Basically, I am responsible for running the kitchen on a day-to-day basis.

When it comes to creating new dishes, I’m very visually driven. I can be inspired by colors, shapes, objects. It’s a very artistic way to be inspired, but it works for me. If I read a cookbook, I rarely read the recipes, I just look at the pictures.

PF: What profession would you most like to try?
JR: If it was going to be for a lifetime, some kind of artisan. Baker for sure, that’s number one! But it’s so close to cooking. I would definitely be a baker if I wasn’t a cook, OR a silversmith, or an architect. I need a job where I can be creative.

PF:What profession would you not like to try?
JR: Politician.

PF: Who do you respect most?
JR: Like most people, my parents. I totally admire how they handled me when I was young. So they are my big idols in that sense.

Professionally speaking, there are so many really good chefs that really think of nothing else but their work. Then there’s also 99% of chefs, I would say, who do it because they like it, but it’s not the only thing they live for. But I admire the chefs that can work 20 hours a day for a lifetime just because they would die otherwise. This profession really gets you to that point where you feel like, if I don’t do this, I don’t know what to do.

PF: What is your favorite food?
JR: That’s a really really hard one, because it changes so much over time. In summer my favorite food is all kinds of fruit. I could live off fruit in summer. As we go into colder weather, it’s bread and probably prosciutto crudo.

PF: And drink?
JR: I’m going a little bit back and forth between beer and wine.

PF: What characteristic do you appreciate most in others?
JR: I like humble people. I think it has a lot to do with how well you know yourself.

PF: And in case there were any doubts about how this man feels about bread… 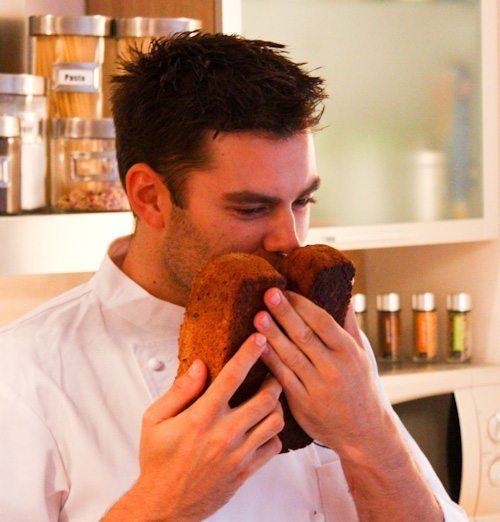