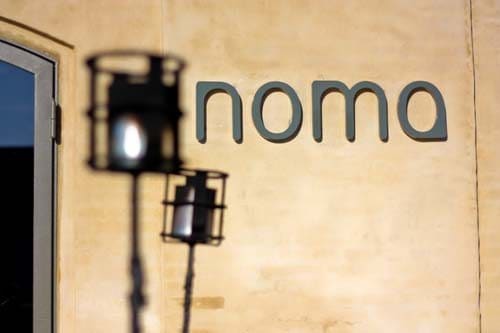 My friend John Regefalk just wrapped up a three-month long stint in Copenhagen doing the greatest and most coveted job in the food world. Not only did he work at Noma, René Redzepi’s critically acclaimed restaurant recently named the best restaurant in the world for the second consecutive year. He spent half of that time in the Noma Food Lab, the most prestigious and exclusive department in the restaurant.

John is originally from Sweden, where he got started working in restaurants when he was 17. He moved to Rome four years ago. Now, 31, he has had some outstanding jobs, including the position of sous chef at Antico Arco. His time at Noma was challenging and transformative. It is the kind of experience most people can only dream of having. He was nice enough to let me publish a letter he wrote to me from Copenhagen so others might share in the special experience of working at the most innovative and maniacally quality driven restaurant on earth. Here it is: 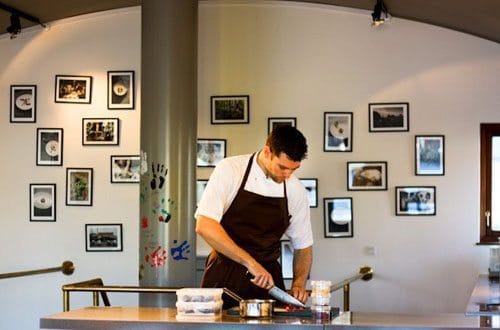 John at work in the Food Lab.

Hi Katie! How are things in Rome? Here in Copenhagen spring has finally arrived! Winter was long, harsh and cold, but everything feels better and merrier now with the return of the sun. I have been working now for some time at the Food Lab at Noma, one of the most interesting sections of the restaurant. I’ll tell you a little bit about the Food Lab and the people that work here. 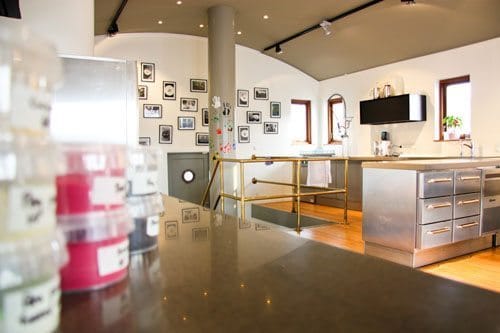 Noma’s Food lab is a test kitchen located on a house boat floating in the harbor, just a stone’s throw (well, let’s say shouting distance) from the actual restaurant. The test kitchen is shared between Noma (with aims to develop new dishes for the restaurant) and a non-profit organization called Nordic Food Lab – where research is conducted on ingredients from the Nordic region as well as cooking techniques. 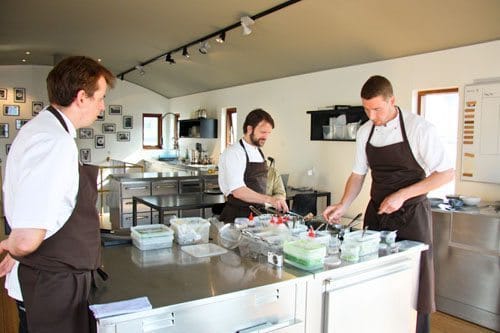 A typical day starts with a meeting where the agenda for the day is discussed, an evaluation of yesterday’s work and a cup of coffee. Danish coffee. Don’t ask. The test kitchen head chef Torsten Vildgaard is a machine gun of ideas, he’s got a MacGyverish creativity when it comes to food, flavors and combinations. Just talking food with the guy is very interesting, imagine cooking with him! 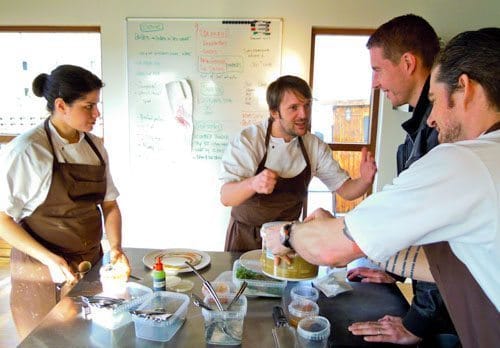 The development of new dishes for Noma usually starts with new products coming into season – and, inevitably, others going out of season. Chef René might have found the season’s first ramsons, a precious mushroom, or sprouting wild herbs. From there an intellectual work starts in the food lab – René together with Torsten will discuss different possibilities, combinations, cooking methods. 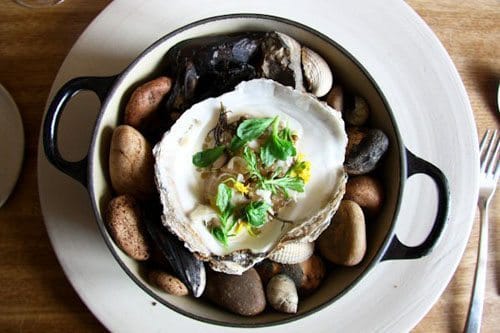 Steamed oysters in their natural habitat.

While developing new recipes – the inspiration and the flavors added to it often come from an area that is directly adjacent to that of the main ingredient. If the elements that end up together on the plate had some sort of connection already in nature, the final outcome will be greater than the sum of its parts. A seafood-based dish will more frequently be crowned by wild beach herbs rather than plants from the deep forests. Likewise a dish with beef will be more rational and make more sense when paired with milk products and wild meadow flowers. 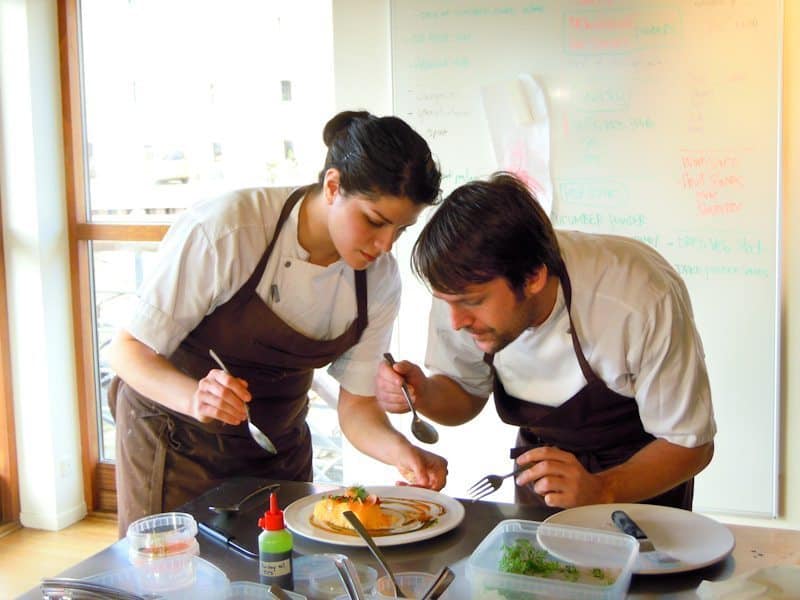 The key word when pursuing new recipes for Noma is perfection. A dish is not finished until it is perfect. At the point where the chef any other notable restaurant would say “Great dish! We nailed it!” – René and lab chef Torsten will keep on pushing further ahead, finding even better flavors, more perfect combinations. It can take days, weeks, even months to finalize a certain dish – but there’s no choice. Unless it’s perfect, in the true meaning of the word, it does not go on the menu. Within the properties of a dish, flavor is the most important of all. If the food on the plate is not delicious, why serve it? Because it looks spectacular? Ah-ah. Think again. Although still important, the looks come second to flavor. 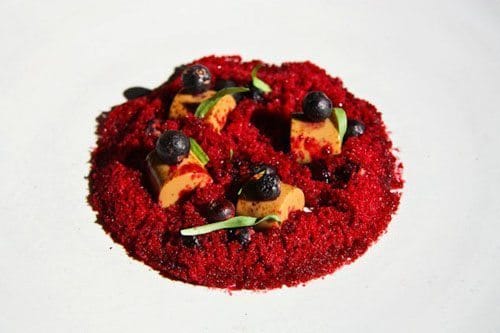 In the Noma test kitchen I have also been learning about how to present and plate the food for the guests. The actual plating is not made based on artificial forms and shapes like in many other restaurants, and the dishes are not built with a lot of height. At Noma the plating is done in line with the ingredient’s natural shapes, the way they interact with other elements and the plate – achieving a design that feels smooth for the eye. 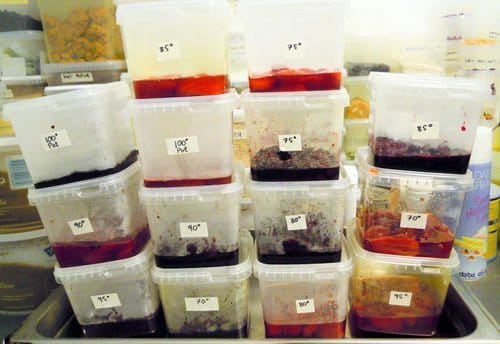 Nordic Food Lab on the other hand often works with different free-standing research projects, although from time to time it might be a joint work between this organization and Noma – and who knows, some of the findings may even end up on the Noma menu. Nordic Food Lab’s head chef Lars Williams explores the potential of Nordic cuisine and helps us understand techniques as well as the properties and particularities of the ingredients that surround us.  The first project I was involved in was the Marmalade project – where the goal was to work out the best way to treat fresh fruit and berries for making delicious marmalades. Results showed that the final product is often far more true to its original flavor when cooked sous-vide at between 70-80°C with a sugar content of 10-20% compared to the traditional cooking in an open pot. 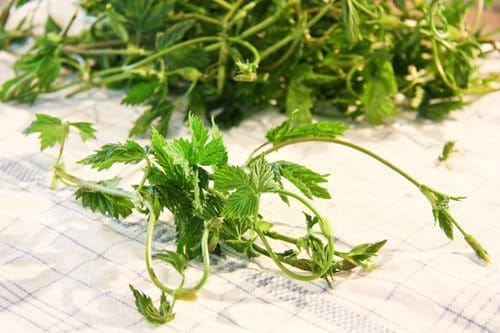 Other independent projects may include exploring basic techniques such as fermenting, with or without starter cultures, dehydrating, salting, brining and smoking in numerous ways and with an infinite array of ingredients. More advanced studies might be about hydrocolloids, sous-vide marinating or flavor change in the meat depending what feed an animal is given.   Interesting – to say the least! Nordic cuisine was virtually unheard of a couple of years ago, but ever since Scandinavian chefs have begun playing carefully and lovingly with their food, interest is growing.  So Katie, next time you are in Copenhagen – I strongly recommend a visit to Noma! It’s more than just eating. 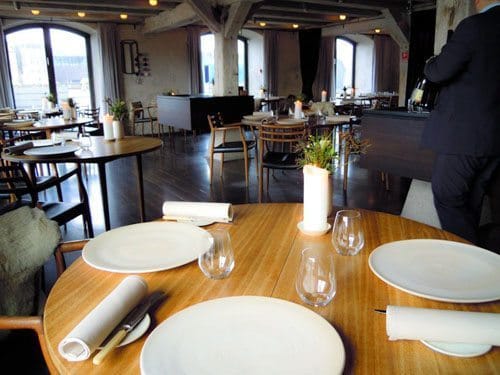 Thanks, John, for this amazing account of your time at Noma! What a unique and inspiring experience. I am planning to visit Noma in the fall!! I can’t wait to see what René and his crew have in store.