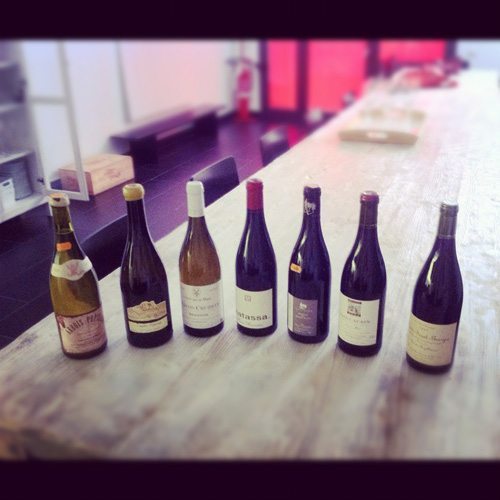 It would probably be easier to write a top dishes and destinations list again. It would certainly be less traumatic than internalizing the fact that yet another year has come and gone. I can’t help but panic a little over tonight’s meaningless milestone. Then I remember that I have a bottle of Agrapart & Fils’ Vieux Millesime 2000 chilling in the fridge and suddenly it is all better.

Indeed, wine has been the panacea for 2012’s steady stream of anxiety-inducing events: I was single for the first time in nine years, I had some tiny issues with version 1.0 of my app, I got screwed by my publisher, I forgot to sleep for several months, I got fed up with living in Rome… 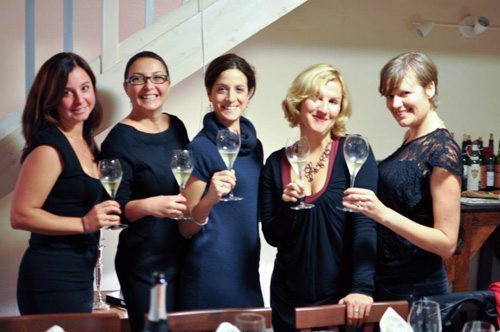 Yet on the eve of 2013, these troubles seem distant and meaningless. I got over these hurdles, a bunch of good things happened, and, while wine may have been a constant fixture, it is not what made this year special. It was the people with whom I was drinking. Mutual admiration for four special women (Hande, Gina, Irene, and Sarah May) coalesced into something rare and life affirming. Let me be clear: we are all, technically, competitors in our professional lives. But we have found a unique balance. We mentor and support each other. This is something that has been missing in my life, particularly in a world in which some colleagues (especially lately) have been gratuitously cruel, petty, and jealous. I propose a toast to these four ladies who rise above the bullshit. 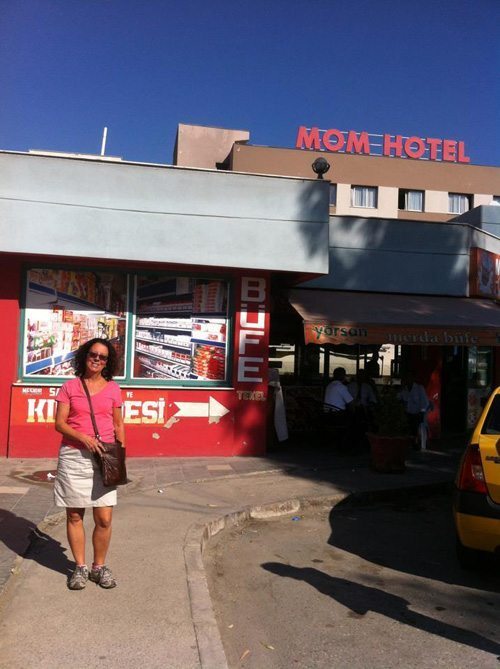 Only a saint would pose 4 days in a row in front of the same building.

Of course I would be remiss in not shouting out another woman, my rock, Mamma Parla. For a decade I have ridiculed exes, friends and enemies for being mammoni, men dependent on their mothers in a way that is neither natural nor sane. In 2012, I finally made peace with the fact that I share this immature and irrational mother worship. If you have met the woman, you could hardly blame me.

So if I manage to make anything of myself in 2013, 95% of the credit will be due to the women above. Some must go to the wine.