Favorite Meals and Destinations of 2011 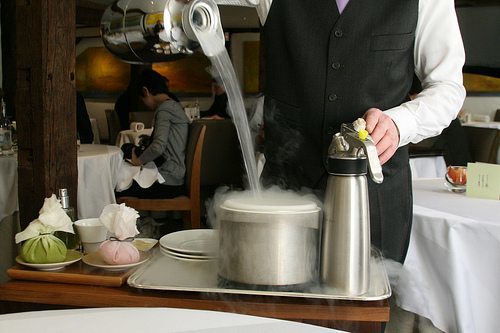 2011 has come and gone and my 2012 calendar is beginning to fill up with what promise to be exciting culinary adventures. There is something very satisfying about planning meals half a year in advance but before I begin drifting in and out of food comas, it is high time to reflect on the meals, dishes and experiences that enriched 2011 and made it the best dining year of my life. What follows is a round-up of top spots and plates. I have listed my top 5 restaurant experiences overall followed by categories consisting of “top 3s”–I couldn’t pick just 1! Happy New Year and best wishes for a delectable and caloric 2012!

#5 Dinner by Heston Blumenthal: Heston Blumenthal opened Dinner in the Mandarin Oriental in London in early 2011. The menu features re-imagined historical dishes like Meat Fruit (c 1500), which resembles a mandarin orange. Slice open the skin (mandarin orange gelee) to reveal not segments, but a creamy chicken liver parfait. The ancient recipes are served with a modern sensibility that merges history and molecular gastronomy in a clever and approachable manner.

#4 Noma (September): A fantastic meal, to be sure, full of stunning dishes beautifully prepared and plated. Though one dish fell flat: sea urchin with lovage granita and frozen creme fraiche failed to hit the high notes that the other dishes reached and knocked this meal at Noma down to the fourth spot.

#3 The Fat Duck: Heston Blumenthal’s legendary 3 Michelin star restaurant outside of London blends alchemy and gastronomy. His penchant for contrasts and sensory manipulation all make for an exceptional dining event that must be experienced to be fully understood. (Review on Scatti di Gusto; Photos.) 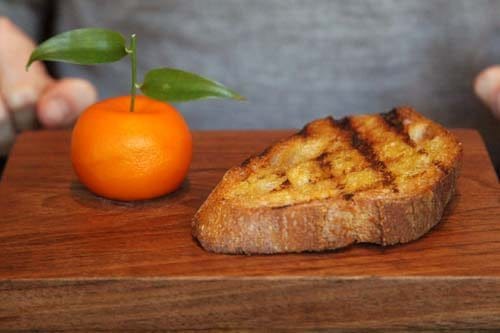 #2 Noma (December): My second meal at René Redzepi’s 2 Michelin star restaurant in Copenhagen, currently ranked the best restaurant in the world by San Pellegrino, actually outdid the previous meal I had there in September (which ranks #4 overall). Many of the snacks remained the same, but the mains like Fresh sliced chestnuts with chopped walnuts and a white wine/butter/fish roe sauce and Ribbons of pickled vegetables with bone marrow were a cut above. Pastry chef Rosio Sanchez’s Potato puree with plum marmelade and plum pit whipped cream is one of my top dishes of the year. (Photos.)

#1 Chef’s Table at Brooklyn Fare: When I ate at this unusual (then 2 now 3) Michelin star rated restaurant in downtown Brooklyn in January, I named it as the meal to beat in 2011. I wasn’t wrong. Visionary chef César Ramirez treats his guests to a dining experience in which gastronomy, architecture, beauty, theater, and craft collide. I’m headed back in two weeks to see what he’s cooking up now. (Review on Scatti di Gusto.)

The Best of the Rest 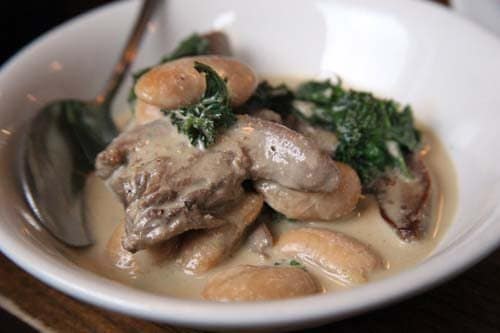