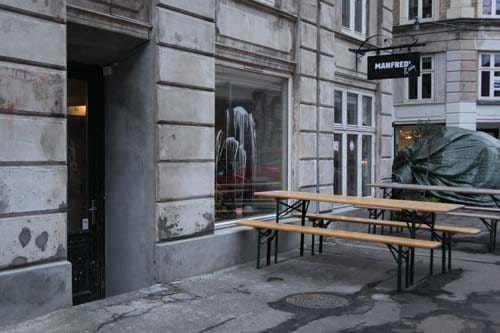 In 2010 Chef Christian Puglisi opened his first restaurant, Relæ, in the Nørrebro district of Copenhagen. His second endeavor, a wine bar and take-out place called Manfreds, was quick to follow. Both venues, which stand opposite one another on Jægersborggade, employ rigorously sourced ingredients in their dishes and share a casual and unpretentious atmosphere. I had dinner at Relæ back in September and quite enjoyed it. I missed out on Manfreds at the time (something about a renovation if I recall), so getting there was a major dining priority when I returned to Copenhagen earlier this month. 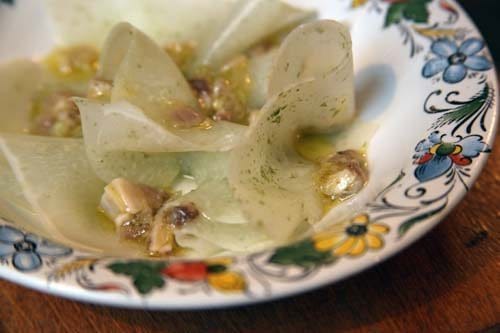 While Relæ offers two prix fixe menus (one vegetarian, one with meat) and is open for dinner only, Manfreds’ approach is less rigid and its hours longer. Manfreds offers snacks like pickled mussels and smoked almonds as well as small plates, which are meant to be shared. I chatted with the chef after lunch and he explained that the tapas approach to dining wasn’t at all common in Denmark and the menu was structured in a way that required it. Guests may be able to choose what they want, but the kitchen decides how they get it. 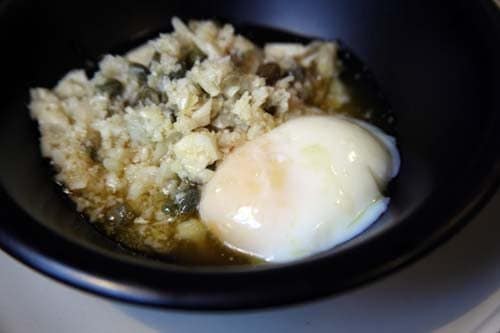 Since I was on my own, I opted for the 4-course menu of the day, priced at 230kr ($40/€31). Actually, I was going to go nuts and order the whole a la carte menu, but the server strongly recommended the menu. The meal began with ribbons of kohlrabi tossed with marinated oysters. The flavors were clean and slightly tangy. True to Puglisi’s style, the dish was uncomplicated and relied on taste and textures contrasts, rather than technique, to enhance the flavors of the dish.

Next was a sublimely rich dish composed of cauliflower puree, “couscous of cauliflower” (finely diced florets), capers, a poached egg and browned butter. The texture contrasts between the two forms of cauliflower were seemlessly bonded by the butter and yolk. The capers added a pleasant depth and were no doubt a nod to the chef’s Sicilian roots. 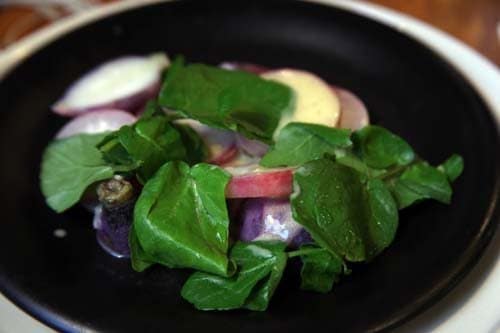 That was a hard act to follow and, indeed, the radish and cress dish felt flat in comparison. I mean, I like roots and greens as much as the next gal, but my palate cried for more substance and my stomach for more protein, both of which were delivered in the final dish, a spectacularly tender hangar steak with pureed caramelized onions and roasted garlic shallot gravy. 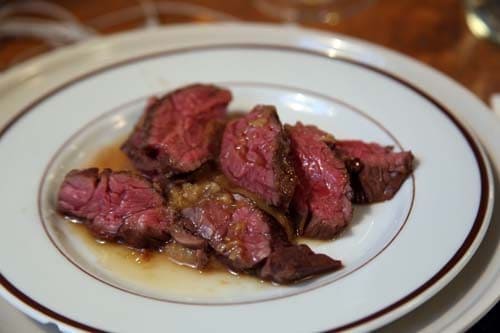