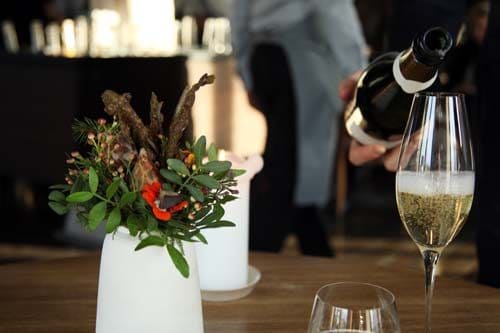 On Thursday I returned to Noma, the #1 restaurant in the world. I made my first trip in early September and was so intrigued by the extreme seasonality of the cuisine that I had to return as soon as possible to see how colder climates would affect the menu. With the help of a fast internet connection, I scored a reservation for December 8 using the competitive online booking system. At the end of a phenomenal meal, I was already plotting my return for early spring. But in the meantime, here is how the late fall meal when down: 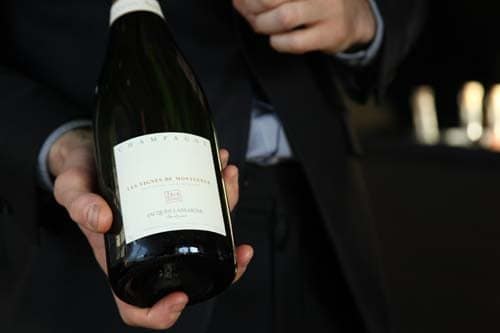 Meals at Noma begin with a quick and steady stream of finger foods. The first two, snails on nasturtium blossoms and elongated crispy malt flatbread resembling twigs, are camouflaged in the centerpiece. Maître d’ James Spreadbury poured Jacques Lassaigne NV Les Vignes de Montgueux, a flinty, mineral blanc de blancs to accompany us through this parade of snacks. The Chardonnay grapes for this Champagne are entirely hand-harvested and the wine is fermented with natural yeasts. 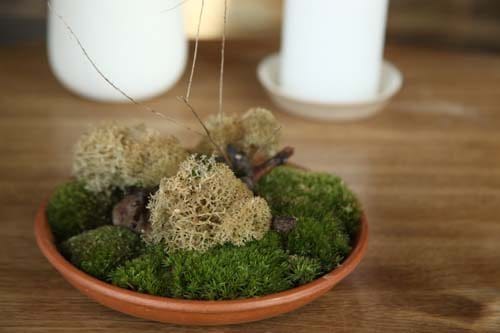 Next up was fried reindeer moss–which is actually a lichen–dusted with mushroom powder and served with a side of crème fraiche. The light brown fibers crumble and dissolve on the tongue. 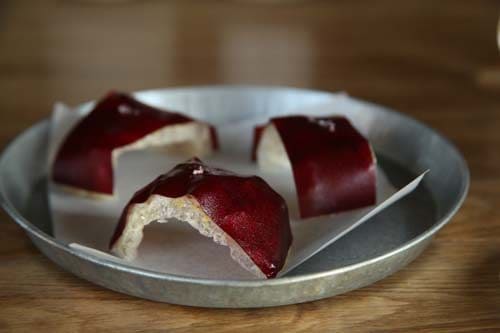 Pork rinds with black currant fruit leather followed. These are a playful spin on flæskesvær, a typical Danish snack made from cracklings. This was a seasonal variation on the snack I was served in September, which employed sea-buckthorn fruit leather. 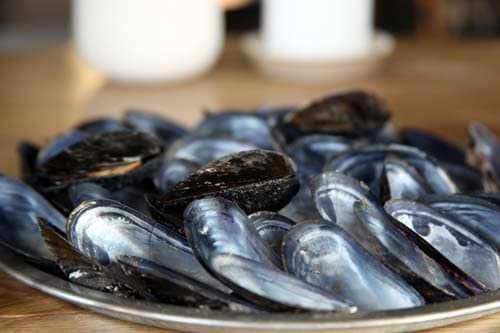 Three closed mussels were plated atop an undulating array of blue shells. When disrobed of their upper shells, each mussel rested on an entirely edible biscuit resembling a shell. 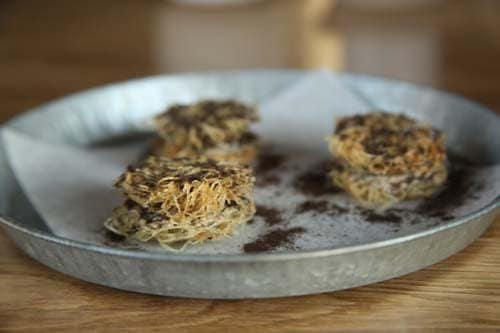 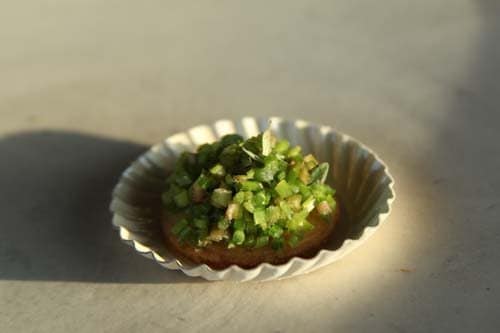 An antique-looking biscuit tin arrived with savory cookies made with a local cheese. 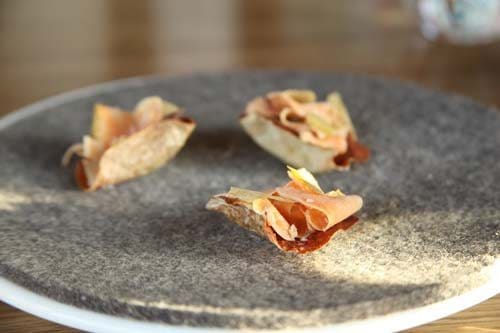 This one was a favorite from September’s meal: cold shreds of cod liver rest on a shell of caramelized milk, both of which dissolve and mingle on the tongue. 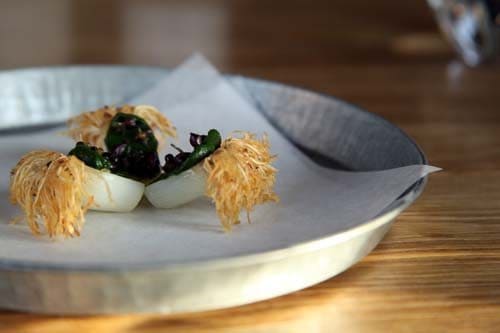 The stringy roots of leeks were lightly fried and spread with a parsley emulsion. 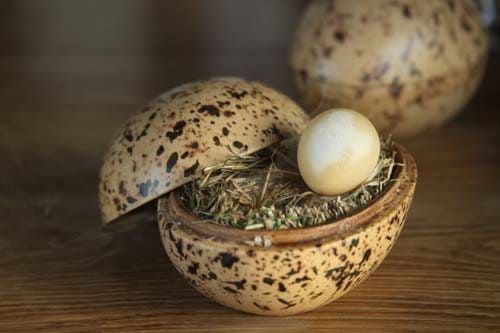 Smoked and pickled quail eggs with runny yolks, a signature snack at Noma, are served on a bed of smoking hay. 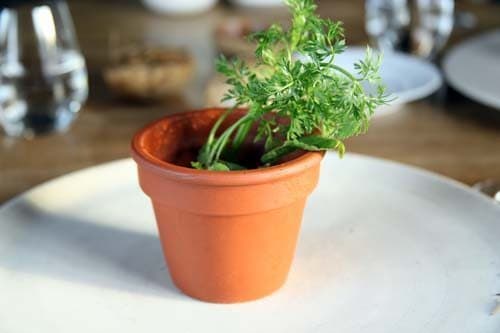 Another signature dish features baby vegetables planted in a malt soil. The produce “grows” in an herb and sheep’s milk emulsion. Stirring up the mixture with the vegetables and incorporating the savory soil crumble into each bite maximizes the flavor and texture contrasts. 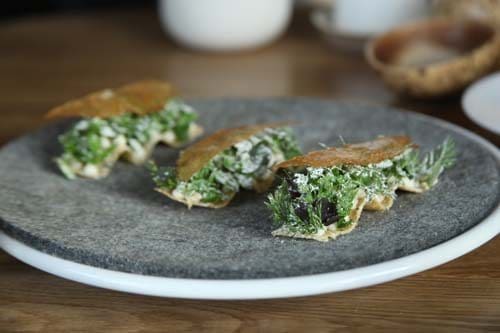 A wavy cracker dotted with cod roe emulsion and micro greens was dusted with vinegar powder and served with a superthin wafer made from rendered duck fat. 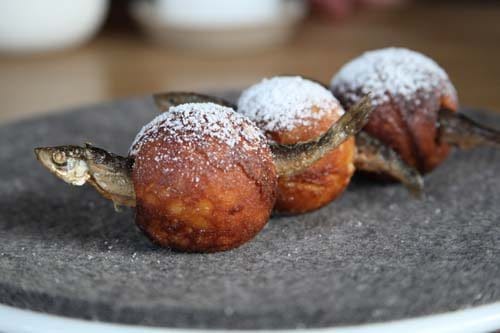 The snacks concluded with æbleskiver, spherical pancakes speared with smoked muikko, a small freshwater fish from Finland. These dough balls are a typical Danish Christmas treat, normally eaten with jam. In the Noma version, there is a pickled cucumber in the center.