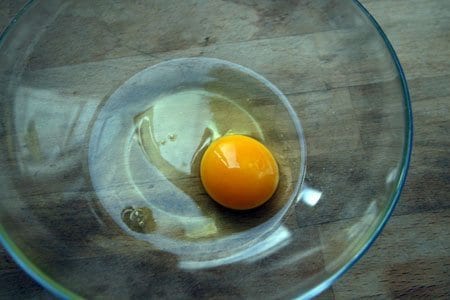 A couple of months ago I was in Volpetti shopping for guanciale and pecorino so I could make spaghetti alla gricia. Yeah, I know August isn’t the best time for a porky pasta dish, but I was craving some. While at the counter placing my order, I spied Paolo Parisi’s famous eggs, the ones that come from goat’s milk fed Livorno hens. Intoxicated by a combination of air conditioning and stinky cheese aromas, I decided to change the menu to carbonara and picked up a package of the most expensive eggs I have ever purchased.

The half-dozen pack cost €8, or $11. So that day I committed two terrible crimes: I made carbonara in August and I contributed to a vile, elitest movement that places the “best” products far from the reach of the average consumer, or at least from the practical one.

As much as I hate myself for contributing to the demand for such a silly thing, I have to admit I was curious. Were these fancy eggs really worth their price? And is it really so wrong to charge so much for a basic food product, no matter how niche? I had just read an interview with Michael Pollan in which he promotes buying $8 cartons of a dozen eggs. At that price, he says, you can make a two-egg meal for $1.50. Fine, but at €8, a two-egg meal with Parisi’s eggs becomes $3.66. Still not outrageous, but so out of reach for most Italians in a crisis economy. 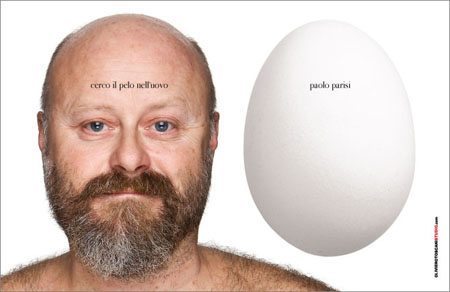 According to Parisi’s website, these particular eggs have a fresh taste, a yolk that is softer and richer in fat than most, with an uncommonly long protein structure and a mild almond flavor. They also have the capacity to incorporate three times the amount of air than the average yolk when whipped. Parisi recommends using his eggs for to mayo, zabaione, creams, and fresh pastas. I can add that they also make a nice carbonara.

As I ate, I pondered if they were worth the price. Did they provide a dramatically improved flavor to the pasta? No, at least not one relative to the price. Would you pay $22 for a dozen eggs?