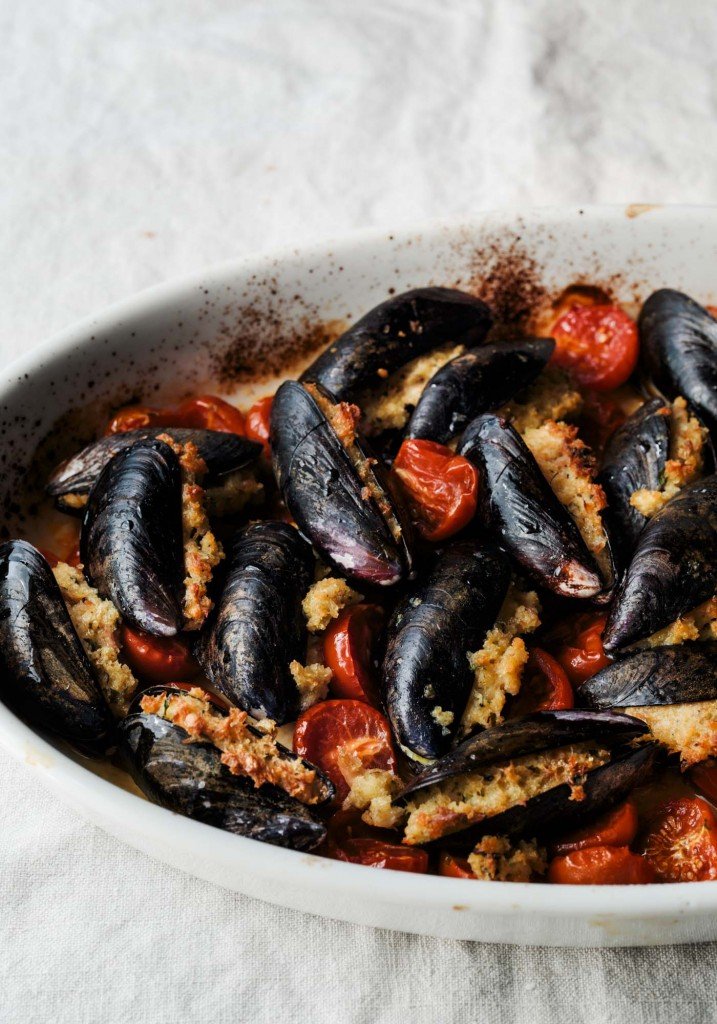 About this time every year, journalists covering the “Feast of Seven Fishes” reach out to me for a quote or some background about the Italian Christmas Eve tradition. Every year, I tell them the same thing: the Seven Fish Feast is a thoroughly Italian American tradition and that if you served a mere seven fish dishes for the Vigilia di Natale in Italy your guests would feel robbed. It’s anybody’s guess why the number 7 was so heartily embraced by Italian Americans. There’s some anecdotal evidence that some rural villages in Italy only made 7 fish dishes, but ask any Italian what their tradition Christmas Eve Feast consists of and you’ll likely hit 7 fish before you get through the antipasto.

If you’re looking for inspo for this year’s meal, want to add a new dish to your family’s traditional rotation, or simply wish to make something that will make you dream of Puglia, I suggest Salento-style cozze ripiene (stuffed mussels). I learned this dish from my Lecce-based ex’s mother. She made it for holidays and for Sunday beach picnics. She never checked to ensure the mussels were alive before cracking them open, but it’s not a bad idea: the shells of raw mussels should be a bit open and should stay shut when you squeeze the shell closed or tap it. If they don’t or if the shell is cracked, discard the mussels. Another approach: if a mussel floats in water it’s dead (don’t soak for long or the live ones will die!).

Using a dull knife, open the mussels, working over a large bowl to catch their liquid. Set aside the open mussels.

Add the bread crumbs, eggs, tuna, Pecorino Romano and parsley to the bowl with the mussel liquid. Mix well to combine. The mixture should be wet but not runny; add a bit of water if needed. Season with salt and pepper. (The ingredients are already quite savoury, so you may not need any salt.)

Using your hands, place about a tablespoon of the bread crumb mixture in each open mussel, gently closing the mussel around the filling but allowing some of the filling to spill over.

Arrange the filled mussels evenly inside a large baking dish.

In a small bowl, combine the tomatoes, 2 to 3 tablespoons water and the olive oil. Season with salt and toss to coat. Distribute the tomatoes evenly around the mussels. Bake until the filling is browned and the tomatoes are softened, 20 to 25 minutes. Switch the oven to broil and broil for 5 minutes to get a light golden crust on the bread crumb filling. Serve at room temperature.

You can see the whole process on Munchies here: