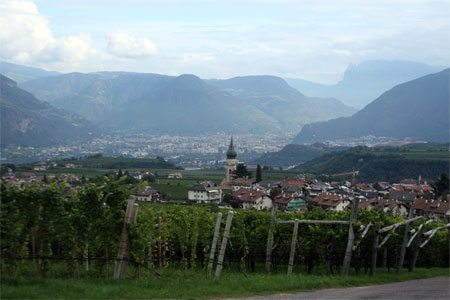 After driving through the mountains of Switzerland and Lombardy, I just assumed we had seen the most beautiful landscapes of the trip. But then we reached the Südtirol and were stunned once again. Neatly ordered rows of grapevines were interrupted now and then by immaculate villages centered around a church with an onion dome or pointy spire. We were still in Italy, but the Austro-Hungarian roots of the area were hard to mistake and the incredible beauty of the area was impossible to deny. 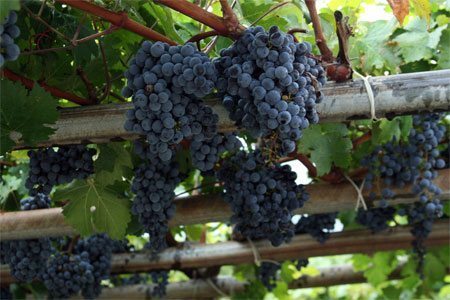 The Südtirol (called Alto Adige in Italian) is a German speaking region in northern Italy known for its mountains, ski resorts, cured pork products, and wines. Vino was the main attraction for us and we spent much of our time in the area on the Weinstraße (wine road) which stretches south from the regional capital of Bolzano. 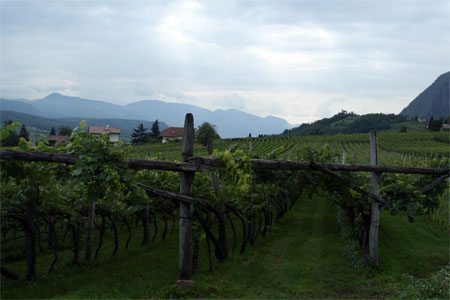 Late September/early October is a great time to visit the Südtirol, as the grape and apple harvests are in full swing and there are lots of food festivals held to celebrated local products. We attended the chestnut festival in Tramin/Termeno and Speckfest St. Magdalan/Santa Maddalena (more on that tomorrow!), but missed the big end-of-harvest festivities. 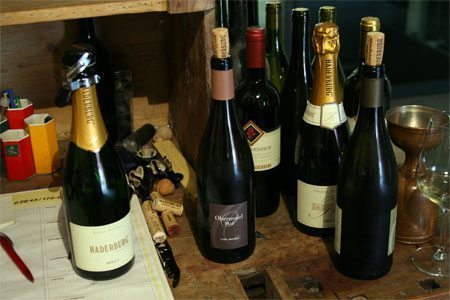 In spite of all the activity, vineyards are still happy to arrange visits of their facilities. We checked out a few and the highlight was Haderburg, a producer known for their Champagne style sparklers and white wines (though they also produce a small amount of red). 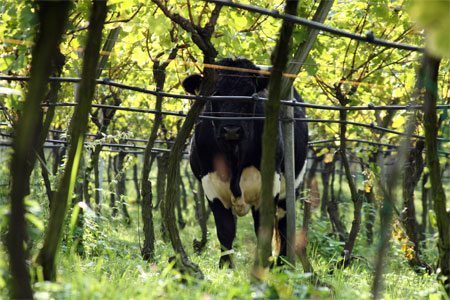 Haderburg is owned by the Ochsenreiter family and they showed us around their 5.5 hectare vineyard and aging facilities in Pochi, a village just above Salorno. The place is completely down to earth and very rustic, a huge contrast to the ultra modern Alois Lageder facilities we visited the previous day. 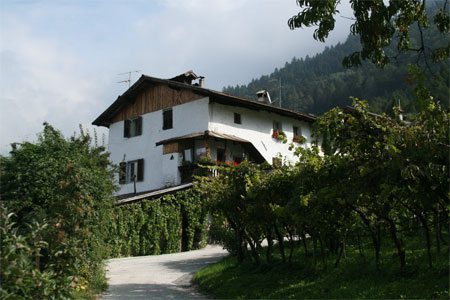 All of Haderburg’s wines are biodynamic and they even own three cows that graze among the vines, providing manure for their crops. We tasted a few wines with the proprietor and her son, a college student who is studying oenology in Stuttgart. He, too, had come for the harvest, but his responsibilities were far more demanding than ours. Our only real obligation, however serious, was to make it to Speckfest for the weekend.

Special thanks to Hande for her tips in the Sudtirol!