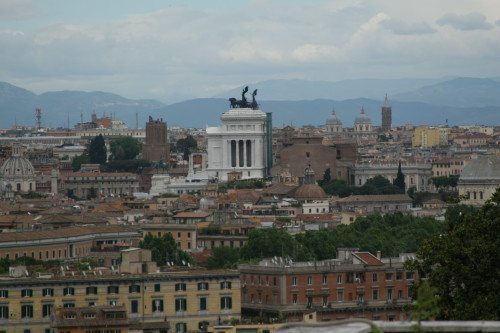 One of my supreme joys in life is collaborating with friends to create delicious food and beverage experiences. Two highlights of 2015 were doing a dinner series with the Vetri Family in Philly and a Rome-themed pizza and craft beer party with the team at Boulder’s Pizzeria Locale. It’s such a thrill to introduce people to wines, beers and spirits they otherwise may not ever have encountered or to provide them with a deeper understanding of foods they already know and it’s a major bonus to do it with people who love Italy just as much as I do.

Join me at Sessanta (60 Thompson Street between Spring & Broome in NYC’s Soho) on Monday January 11 at 7:30pm. I’ll be hosting the “Tasting Rome in 5 Dishes” dinner with chefs Jordan Frosolone and Joe DePasquale. We’ll be serving dishes inspired by Rome’s flavors and history paired with drinks from Lazio. The dinner is the bargain of the century: $75 for five courses and beverage pairings (excluding tax and gratuity). Space is limited and booking is essential. Call 212-219-8119 to reserve. Here’s what’s on the menu*:

Contorno
Roasted potatoes: indigenous to the New World, these tubers were adopted by Romans who associated them with festivities — think gnocchi Thursdays — until globalization replaced the local supply with insipid conventional potatoes

Dolce
Sour cherry or apricot jam crostata: Renaissance chef Bartolomeo Scappi made these for the Popes, but now they can be enjoyed by all

*The menu may be subjected to slight variations.