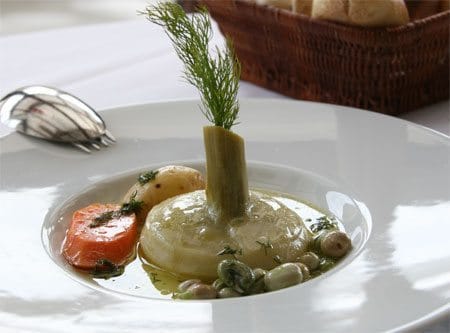 It’s been a while since I’ve posted on Turkish cuisine and I have had Turkey on the brain lately, so here you go: zeytinyağlı enginar, braised artichokes served with a generous amount of olive oil. In Turkey, dishes that are cooked with olive oil are called zeytinyağlılar and are served cold or at room temperature as a meze at the beginning of a meal. I am a huge fan of carciofi alla romana (braised artichokes seasoned with herbs), which are served in Rome as a contorno at the end of a meal so it is only natural that I gravitated towardszeytinyağlı enginar during my time in Istanbul last month. The two dishes taste nothing alike, though; the artichokes are not the same species and the oils taste different thanks to the influence of terroir (its not just for wine anymore!).