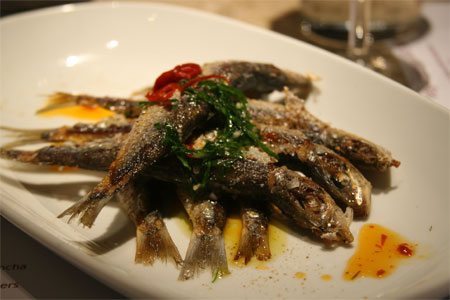 In the past few months I’ve spent in London, I’ve eaten an insane amount of great food, some British, some Italian, and at Barrafina in Soho, quite a bit of Spanish. This 23-seat restaurant on Frith Street is a culinary landmark where excellent Spanish tapas are served at the bar by an efficient staff. Due to its limited seating, parties are limited to four people and one should expect a queue. 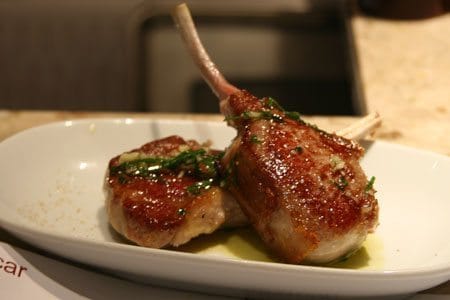 Once you do grab a seat, sit back and watch the spectacle. The server-kitchen relationship is seamless and at times overlaps, as cold plates are prepared at the bar by the servers. Accordingly, the diner becomes a part of the creative process, if only as an observer, but as a food obsessed individual, I quite like the idea of cooking as a spectator sport. 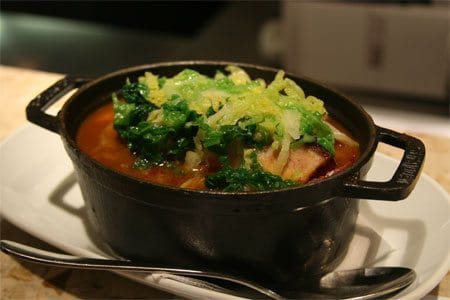 The paper menu place setting lists the offerings ranging from cold appetizers and tortillas to grilled fish and meat. I intended to try just a couple of plates and started with caperberries, ham croquetas, and sardines al la plancha. But I was so impressed by the looks of what was being served to my neighbors that I decided on a few more dishes: pork belly with beans and cavolo nero, grilled lamb cutlets, chips with brava sauce, tuna tartar, and, of course, dessert, a sweet almond and quince tart. 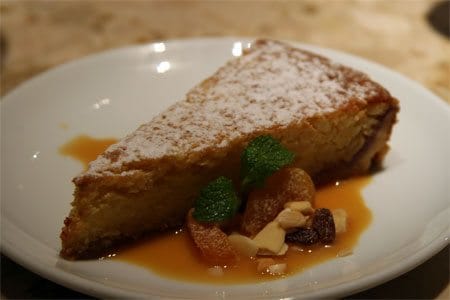 Barrafina is open for lunch 12-3pm and for dinner 5-11:30pm. Seating is available on a first come first serve basis.