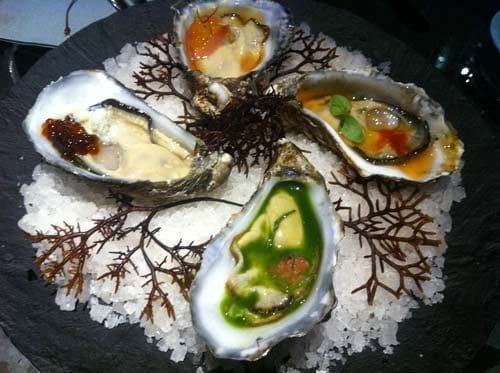 I used to feel unbelievably awkward in fancy restaurants. I guess it’s only natural for someone who used to bus tables. It took years of fine dining to finally feel comfortable at a Michelin-star table, to learn to sit up straight and slough off the paranoia that I was offending the sensibilities of those around me by using the incorrect utensil. While those days are over, I haven’t completely exorcised my dining anxiety demons; instead they have been transferred to a different genre: the trendy table.

In June, I visited one such spot with Mamma Parla. We were in Barcelona and decided to hit up the hottest place in town. Of course we couldn’t get a table (the tapas bar Tickets books up 3 months in advance), but we managed to get a reservation at 41°, the adjacent and also Adrià-owned cocktail bar. 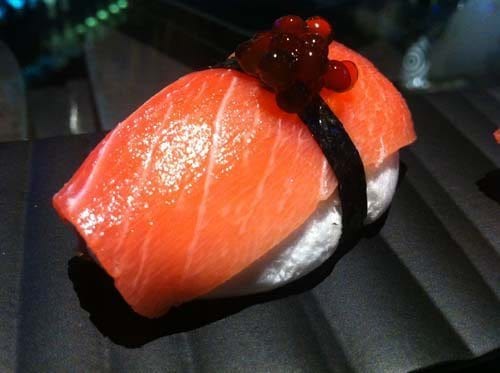 We arrived at the appointed time and were greeted by two things I loathe: a red rope and an indifferent doorman with an earpiece. So far so obnoxious. We gave our name and waited a minute or two until a server greeted us coldly and ushered us into a sort of elevated corral just beside the door. The slight platform looked over Tickets, where diners with foresight indulged between the open kitchen stations distributed throughout the restaurant. 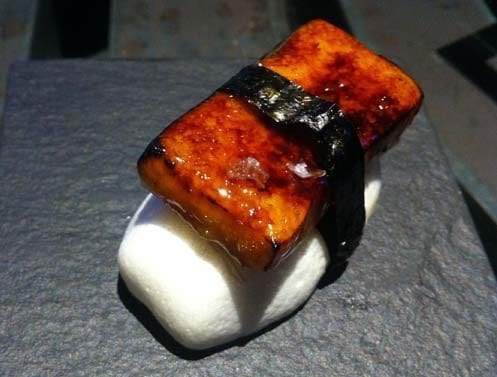 The heavy-handed self-aware spectacle motif did have its benefits and we spent the next twenty minutes watching various fantastic concoctions being made and delivered to the more privileged diners. But that hardly made up for the horrible feeling of being stuck in a corner while all the cool kids ate at Tickets, with no sense of when we would be set free. Was this all an altruistic gesture to let those who couldn’t get into Tickets at least have a peak (I could have done that from outside, thank you very much) or was it part of some sadistic conspiracy to get you to buy pricey cocktails until you approach a reasonable sense of comfort? I’d like to think it’s the former, but I’m honestly not so sure. 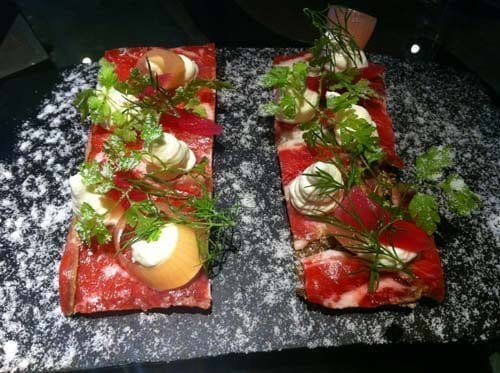 Once released from purgatory, we were finally led through Tickets to 41°, where we were seated at the bar, home to the least comfortable stools in existence. By now I was sufficiently annoyed and confused. Didn’t anyone take the stools for a spin before purchasing a dozen of them? At long last, we were saved from our mounting discomfort by an absolutely lovely bartender who served us food and drinks. After studying the long snack menu–one packed with items from El Bulli at that–I asked for some recommendations and ordered more than half the dishes. 41° may be nauseatingly trendy, but it is also relatively moderately priced. Many snacks on the menu can be had for a fiver.

I calmed down further while sipping a snazzy adult beverage, which may not have made my tall bar perch any more comfortable, but did get me in the mood for the feast that followed. We started with oysters and an assortment of ‘nigiri’, including scallops, salmon and seared foie gras laid on pillowy marshmallows. We also had the famous El Bulli olives and savory parmesan ice cream sandwich. Next was a cheese and truffle brioche, a brilliant plate inspired by New Nordic Cuisine, and finally a dessert dubbed “The Forrest Floor”. 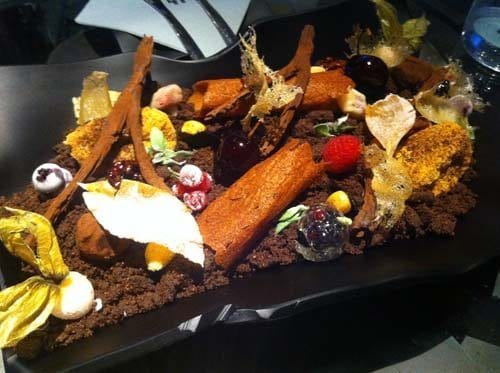 Of all the dishes it was probably the least original–I had had an edible garden, dirt and all at Azurmendi earlier in the week–but there was something so basically satisfying about chocolate, berries and crumbled cookies arranged like a brush filled forrest scene. Plus, Mamma Parla was full by then so I had the whole thing to myself. So in the end we ate and drank well, but those are just the main components of the dining experience. What about the other factors? Forsaken in favor of spectacle and pretense. I guess that’s the price of staying trendy.