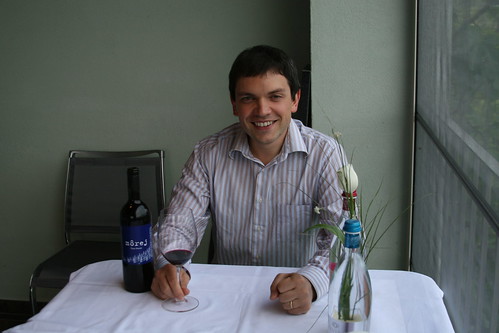 During my recent trip to Piedmont, I was focused on finding small-scale natural wine producers. Maybe no one fits the bill as perfectly as Enrico Druetto. A pharmicist by profession, Druetto dedicates his days off to cultivating grapes and producing wine. He started experimenting with viticulture in 2001, rented a small vineyard from his friend Ezio, and after years of experiments, bottled his first wine in 2007. He makes around 1,300 bottles a year.

Druetto’s wine is called Morej, (pronounced more-EY), named for the first vineyard he cultivated, and is a blend of no fewer than 14 varieties of grapes. “The ampelographer Stefano Raimondi came to the vineyard and he identified a great number of varieties. 95% of the vines were barbera, but there are others that aren’t found anywhere else.” The 2007 vintage consisted of 98% barbera and 2% other grapes. This variety makes for a complex and dynamic wine, but also means it doesn’t fit into any DOC or DOCG discipline.

Raimondi hypothesized that some of the vines present in the vineyard had been brought by immigrants from Sardegna and southern Italy. In typical peasant farming practice, they planted many varieties in one place, in the hopes of assuring a prolonged harvest. 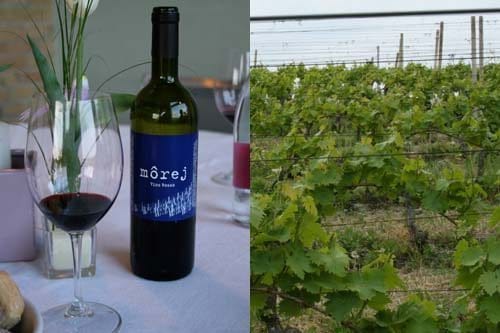 The wine is, therefore, a piece of history and a nod to traditional viticulture. Enrico also looks to family inspiration for his wine. When asked what drove him to make wine he sat up straighter and replied, “My grandmother. I spent a lot of time with my grandparents when I was young. This had a big influence on me and the way I make wine. I want to pay tribute to that way of life.”

Morej is certainly a wine that rejects most modern wine making practices. “I think I go against the tendency of the market to make lighter wines. This is not a light wine. It is rustic. It reminds me of a good vino del contadino. It is unfiltered, unclarified, and I do not use selected yeasts. I let the fermentation start and proceed naturally.” After fermentation, the wine spends a limited amount of time in barrique.

The product is a wine that is dark ruby red and impenetrable to light, evoking Paolo Ferrero’s title Quando la barbera era nera (When Barbera was Black). The bouquet has tertiary aromas ranging from cocoa and tobacco to leather and liquorice. There are also jam and prunes. With its firm acid and 15% ABV, Morej has great aging potential.

At the moment, most of Druetto’s sales are directly through friends, acquaintances, and at fairs. His wine is also on the list at Marco Casalini’s restaurant Le Corte, among other places, in Odalengo. For more information, check out Druetto’s website.