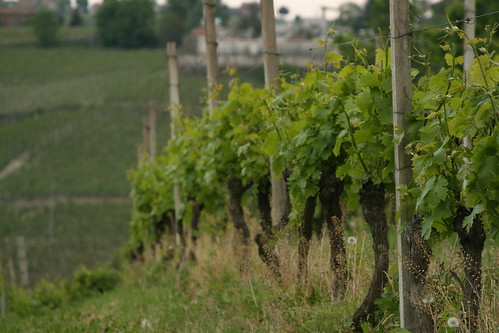 When I pulled up to Ezio Cerruti’s house in Castiglione Tinella, there were major works in progress. The cantina was being transformed, the driveway was half-paved, and uprooted plants were scattered across the lawn. “The works should be done in ten days,” he told me, “but the cantina I will inaugurate this summer.” Ezio’s house and vineyard are in the heart of Moscato Bianco country, between Langhe and Monferrato. Neatly planted rows of the aromatic grape stretch over the hills and down into the surrounding valleys as far as the eye can see. 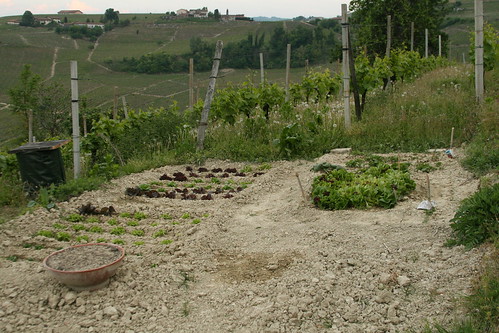 Lettuce between the rows.

I strolled with Ezio through one of his plots, just beside his garage. “There is my lettuce patch. I am a vegetarian,” he pronounced as he gestured towards his vegetable garden. We hiked up and around his moscato plot, which was originally purchased by his grandfather. Plants grew between the rows and vines, the youngest of which were 45 years old, some much older. “My father saw some of these vines back in ’29,” he told me as he nibbled on a grape leaf. 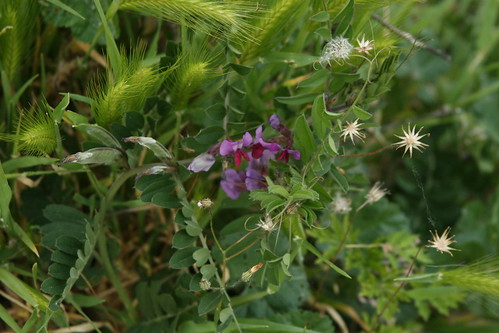 Signs of life between the vines.

In Ezio’s neck of the woods, everyone grows moscato, but few do it naturally, the way he does. As we surveyed his neighbor’s land, he pointed out the scorched, yellow vegetation at the base of the vines. It was a familiar site. Nearly every vineyard I’ve seen in the region has the same appearance. “Herbicide,” uttered Ezio. Poison. 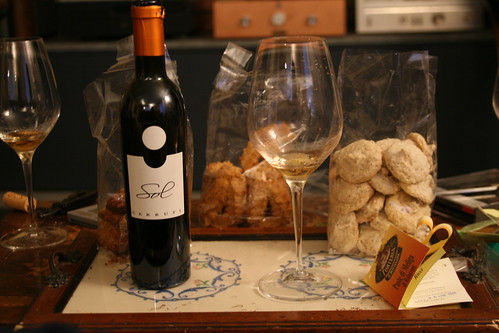 Not only does Ezio avoid herbicides, he eschews other forms of chemical intervention in the production of his wine. After the November harvest, the grapes are pressed and the must is fermented without the introduction of selected yeasts. The wine ages for three years (including one in oak), then is bottled and aged for an additional six months before being released. 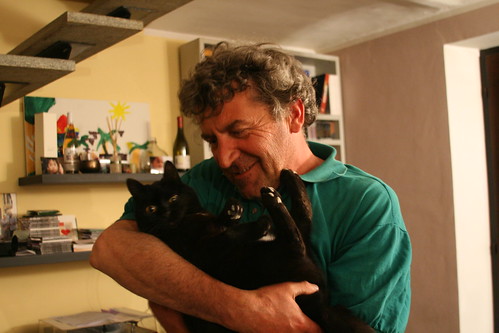 Ezio with his cat.

But his unconventional approach does not end there. In a territory in which most Moscato ends up in Moscato d’Asti or Asti Spumanti, Ezio’s grapes become Moscato Passito, a sweet and round aromatic wine with a bronze color and penchant for aging. He produces around 5,000 bottles a year and has dubbed his creation “Sol”. When asked what the name means, Ezio shrugged, “Maybe it is a reference to music, perhaps it means the sun. I don’t want to define it. I prefer poetry to novels.”