Foraging For Food In Rome 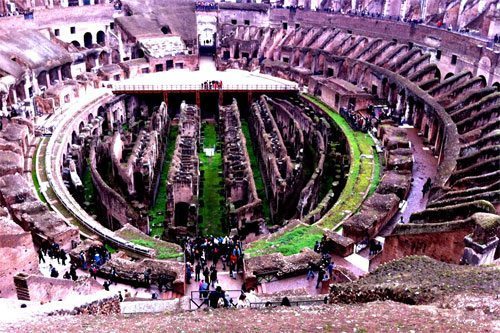 During excavation, more than 400 spontaneous plants were identified inside the Colosseum.

Rome’s origins are agricultural and, indeed, most of the area that is now occupied by the modern city was home to cultivated and spontaneous plants and livestock less than a century ago. Considering the fact that urban sprawl shows no signs of relenting, urban farming and foraging offer two viable ways for city residents to return to their roots. 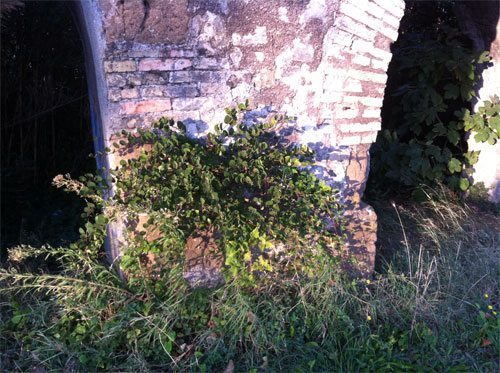 Capers in the Parco degli Acquedotti.

One spontaneous plant that is absolutely ubiquitous is the caper bush. They have a particular predilection for brick walls and can be found growing on the interior surfaces of the Colosseum, on aqueduct ruins, on the Aurelian walls, and retaining walls around Rome’s hills and parks. The entire caper plant is edible: buds, berries, and even the leaves (more about that topic next week!). 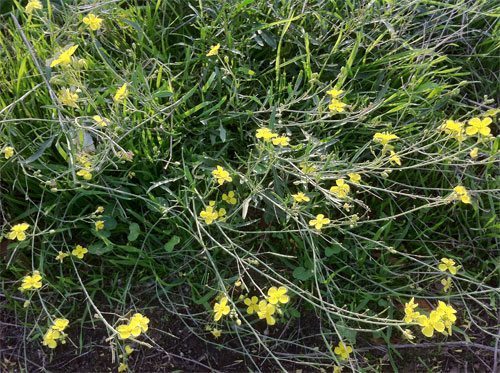 Arugula grows in the Circus of Maxentius.

I used to walk by the Circus Maximus after industrial lawnmowers had been through and wonder why the whole place smelled like a peppery salad. Upon closer inspection, I realized those plants with jagged leaves and yellow flowers were arugula. Arugula is particularly abundant in the wide open spaces of the Circus of Maxentius, the Parco degli Acquedotti, and the Parco della Caffarella.

Mallow growing next to the church of San Nicola in Carcere.

Mallow, also known as malva, is a plant with scalloped leaves and purple flowers that grows close to the ground. It is so common that it may be considered an invasive weed by some. For others, it is prized for its digestive properties. It can be eaten raw or cooked and on Sunday Beppe e I Suoi Formaggi served me goat cheese with bits of dried mallow on top.

Ostia Antica’s well-worn bath is full of grass and weeds, but as soon as you venture off the main tourist route, there is plenty of wild mint to be found. As at all archeological sites in Rome, huge pines have been planted. Their cones contain pine nuts ready for the taking by the equipped and patient traveler. 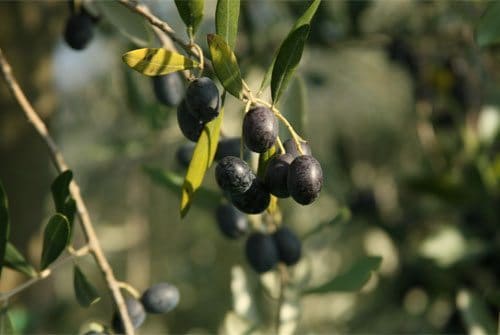 Mature olives on the Palatine Hill.

As was likely the case in the iron age, olive trees populate the slopes of the Palatine and Caelian hills. Olives can be plucked from these branches and cured using water, brine, salt, or lye treatments. If you feel sketchy picking olives on the Palatine during regular opening hours, head for the trees in front of San Gregioro across the valley. 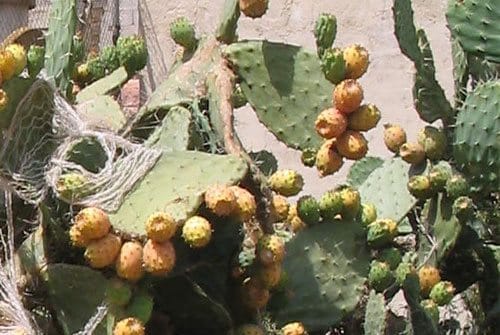 The meat of prickly pears is edible, though getting to it can be a painful process as I learned the hard way. Rome Photo Blog can tell you the whole story but let’s just say I spent the first two days of vacation a few years back tweezing spines out of my tongue and hands. Forage for prickly pears with gloves and peel the skin off to remove spines. The sweet fruit inside can be eaten as is or made into sorbet. The cactus pads are edible, too, and are used in a traditional Mexican salad. 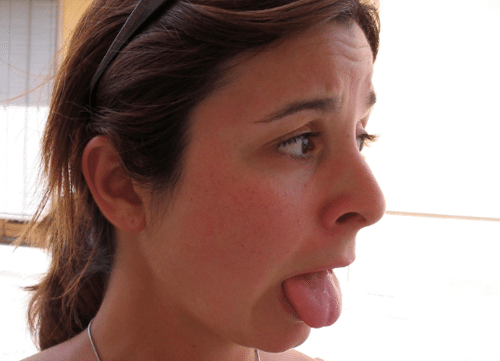 This is how I learn lessons.

NB: It is probably illegal to forage for food in Rome’s archeological parks. That said, who’s watching? Also, don’t be an idiot like me. Use common sense when foraging and do some research before hand or you may end up with thousands of fuzzy spines in your mouth.