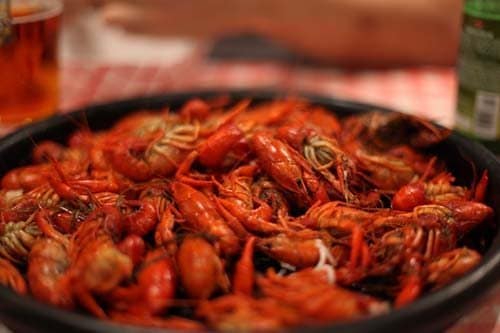 I lack the discipline to write about a place in-situ and often find myself writing about distant locales in unfamiliar places. When I flew to Trieste last week and began to write about a meal I had had in New Orleans in January, it struck me that, for a change, I was writing from a city that was not unlike that of the subject. Both New Orleans and Trieste have a penchant for seafood and pork, are home to a mixture of languages and cultures, possess a faded glory, and are hugged by a maritime border. From the inner sanctum of my infernally hot hotel room I was convinced New Orleans and Trieste were the same city. But when I stepped foot outside and was nearly pushed under a bus by the insanity-inducing bora wind, I came to my senses. New Orleans, of course, is 70 degrees Fahrenheit in the winter, a far cry from its supposed bone chilling Italian counterpart. 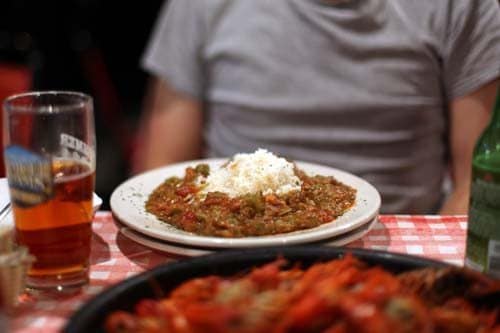 Sufficiently sobered, I reflected on a meal that I had enjoyed a month earlier at Franky and Johnny’s, a down-home, checkered tablecloth-clad joint in the Uptown section of New Orleans. I was in town visiting my dear friends Nat and Meredith, recent transplants from the city that never sleeps to the city that care forgot. That balmy January night we hunkered down for some straight forward local fare: boudin balls (the cajun answer to suppli’), 2 lbs of mud bugs, and shrimp jambalaya. 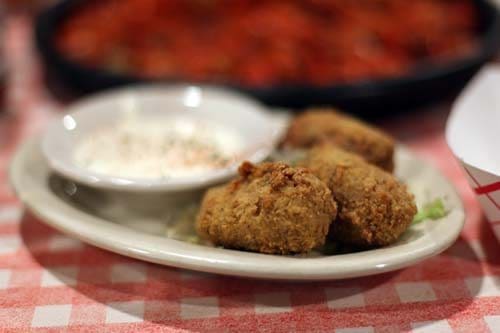 We closed out the night with a generous slice of chocolate peanut butter pie accented with a layer of whipped cream and chocolate sauce, rich and convincing proof that Americans are destined to be obese. At least that is how I see it. With the very existence of this delectable native combo of chocolate and peanut butter, isn’t moderation a futile goal? After gorging on pork, pork fat, and chocolate in Trieste, something tells me the triestini would agree. 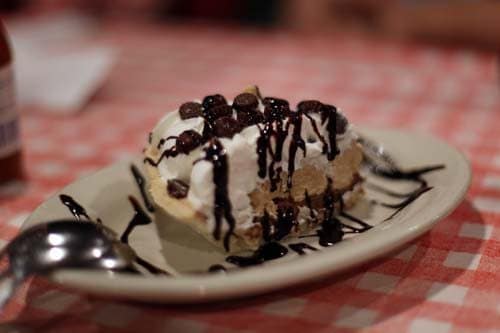