Gainn, A Korean Restaurant Near Termini 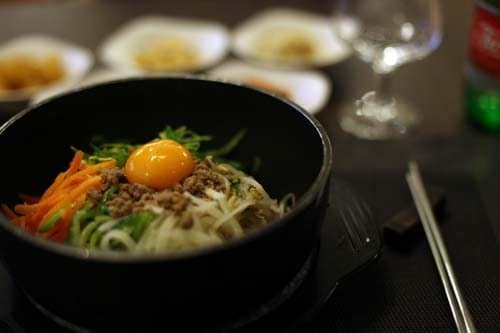 After four shockingly cold days in Friuli, I arrived back in Rome to a strange and frenzied snowfall. It wasn’t quite cold enough to stick when the huge flakes began falling at 1pm, but it was enough to disrupt public transport (for the next 3 days). Not interested in dealing with that mess on an empty stomach, I decided to try Gainn, a Korean restaurant just north of Termini. 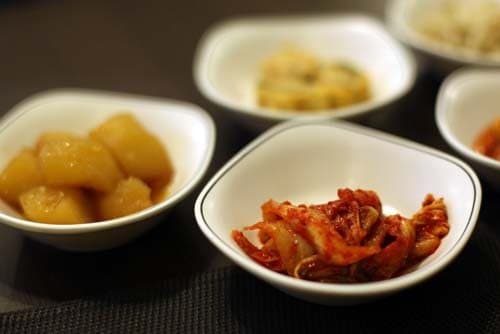 I arrived a bit drenched but I was welcomed warmly and shown to a table situated between two groups of Asian nuns dining with a handful of priests. I eyed their tables, envying the group dining experience that would have allowed me to try more than one dish. I went for the comforting and bone-sticking bibimbap, which was joined by many small dishes of bright and fresh kimchi. 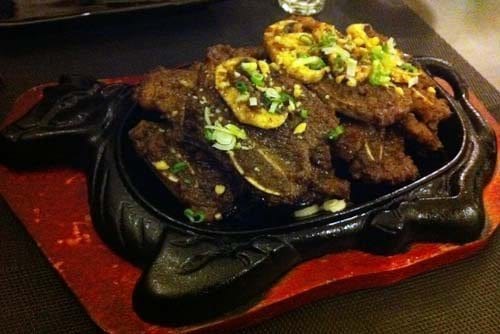 On a return trip last night, I was treated to the same kind service. The galbi was a bit gristly, but the flavors of the marinade were great and I enjoyed the kimchi chigae. My friend Nick thought it could have been more complex. 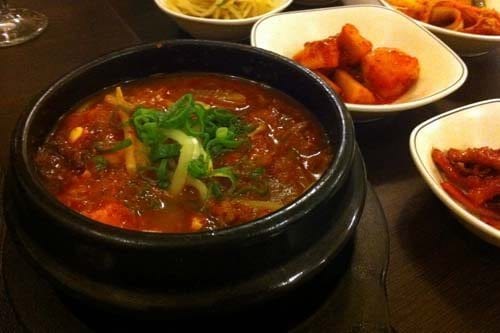 There is no shortage of Korean dining to be found in Rome; the Esquilino/Piazza Vittorio neighborhood south-east of Termini is particularly well-served. But I have found that, while I enjoy Bi Won, the ingredients aren’t every really ace. And the prices at Hana in Piazza Fanti are ridiculous–€32 for bulgogi, rice and a beer! While Gainn isn’t flawless, the quality of the ingredients is above that of many of its competitors, the prices are relatively moderate and the service is super nice. I think Gainn is better than the “good by Rome standards” label, though there is some room for improvement.