Skip to content
Home/Gruyere in Kars, Swiss Cheese in Eastern Anatolia
Previous Next 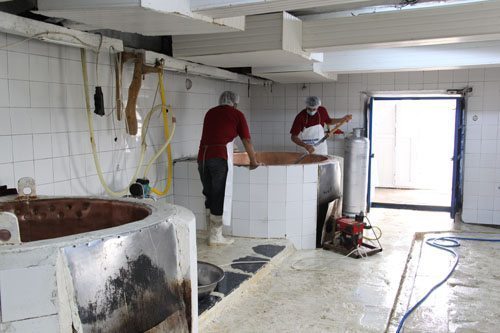 It’s been a while since a trip has changed me for the better. Delays, lost luggage, interminable waits at baggage claim and the squalid conditions at Fiumicino Airport are enough to make anyone embittered. My deep affection for efficiency and innate cynicism make me particularly susceptible. For this (and maybe a few other reasons), the luster of this travel writing gig was beginning to dull. All this moving around was becoming a chore and somehow along the way I had divorced myself from the simple joy of travel.

Leave it to Turkey to jolt me back to life. The land, food and people of this huge and diverse nation have been my inspiration for nearly a decade now. In fact, 11 years ago this month I made my first visit and I return again and again to learn and to eat and to feel lost in a familiar place. A recent trip to Kars to discover heirloom grains and study cheese production was particularly stimulating to the point of being downright transformative. 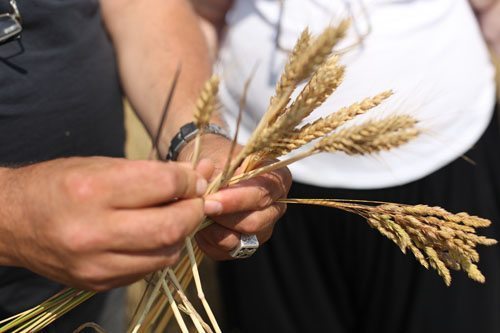 In Kars, I became a new person unencumbered by the mundane nuisances travel may inflict. I am Buket Parlak. I was baptized in the wheat fields of far eastern Anatolia, where I was traveling with Şemsa, her restaurant staff and our friend Tuba. Our guide was İlhan Koçulu, one of the few remaining artisanal cheese makers in Kars. He has dedicated his life to maintaining local traditions, supporting the cultivation of heirloom grains and improving local infrastructure so small businesses can find a market for their outstanding goods. Even in this remote part of eastern Turkey, monoculture and globalization are a constant threat to livelihoods, practices and species. İlhan is dedicated to protecting them.

In spite of the language barrier, I was immediately enamored of İlhan. In fact, it was he who contributed to my new moniker. Katie is not an easy name to pronounce in many languages. I have completely given up on its proper pronunciation in Italy, where I am called “Ketty” with an especially guttural emphasis on the first syllable and an elongated vowel beat at the end: Khet-tiii. Between Kars’ interminable rows of amber wheat, Şemsa referred to me as bu (that one) or bu Ket (that Kate). İlhan put the two together, so I am now Buket. Buket Parlak, to be precise. My Turkish transformation is complete…except for the whole language thing, which my 30-something-year-old brain refuses to absorb. Still, I get by due to my fluency in the universal language of food. 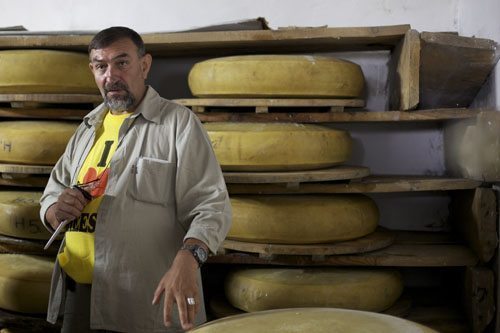 But back to İlhan. Who wouldn’t love a man who loves cheese and says so with his very wardrobe? Here he is wearing an “I heart cheese” t-shirt sent to him by our mutual friend and head of Slow Food Melbourne, Alison Peake. He is standing in the aging room in his village where his cheese matures.

İlhan was born in Boğatepe, a cluster of buildings flanking two intersecting dirt roads located a short ride from Kars. The village was founded in 1878 when the horse-drawn tram linking Kars to Tblisi was inaugurated. The following year, David Moser, a Swiss cheese producer, stopped in the town and was struck by the terrain and expansive pastures. He established a small cheese factory in the village and soon, gruyere production was Boğatepe’s main industry. Locally, this high-fat cow’s milk cheese is called gravyer. 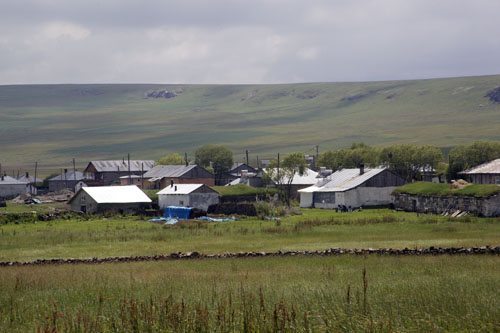 During our visit to Boğatepe, İlhan walked us through the steps of gravyer production and aging. The process is supremely physical, employing lots of leverage, five men and all the body weight they can muster.

The first step begins in the fields. From June to August—the only three months of gravyer production—local dairy cows graze at 1800 meters above sea level. They dine on Boğatepe’s hundreds of indigenous plants like stinging nettle, mallow, chives, chamomile and greater burdock. They drink water from streams. Their herbal diet and the water’s mineral content produce a distinctly flavored milk. 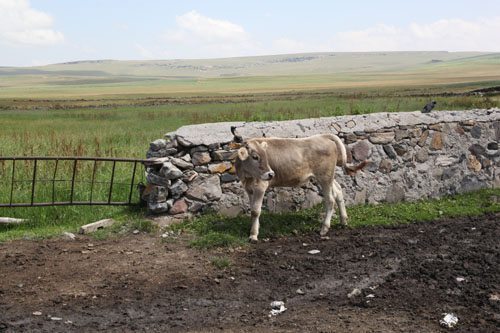 The fatty milk is filtered, then heated to 36C in a large copper vat with rennet either imported from Switzerland or, more ideally, prepared locally. The resulting curd, called teleme, is heated to 56-60C and stir-sliced into tiny pieces with a special tool called a harbi, releasing its whey. 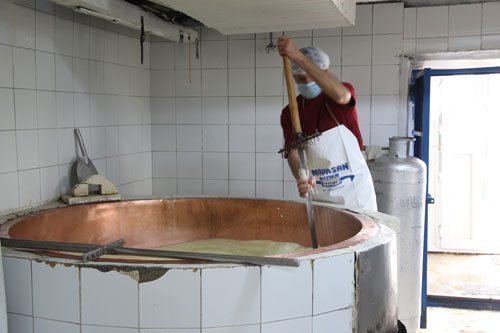 When the most of the teleme has been cut to the size of a grain of rice, the teleme is transferred from the vat to its wooden form using cotton cheesecloths. 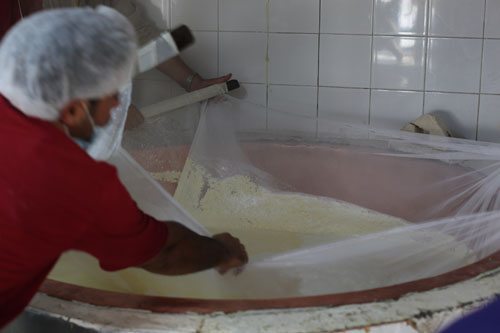 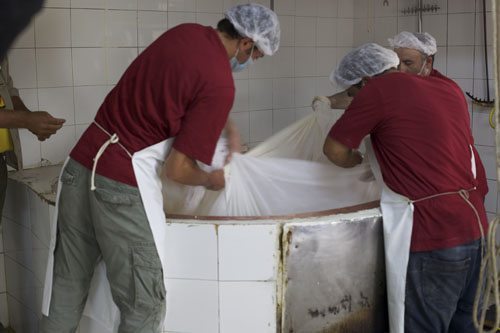 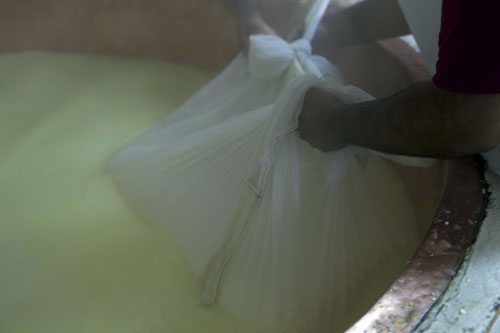 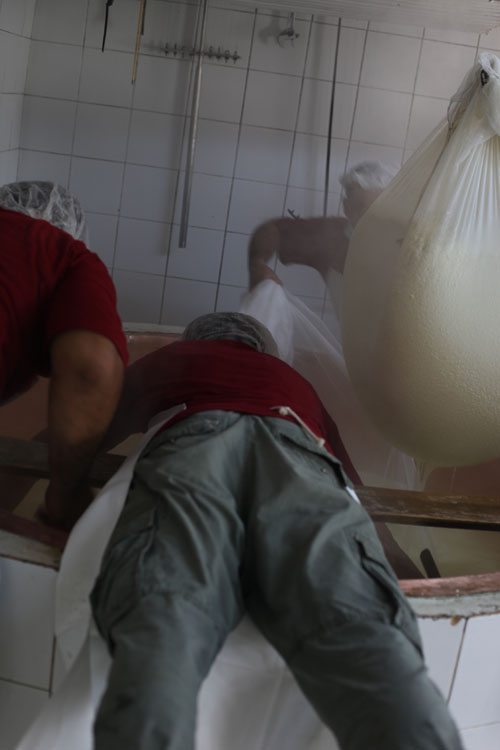 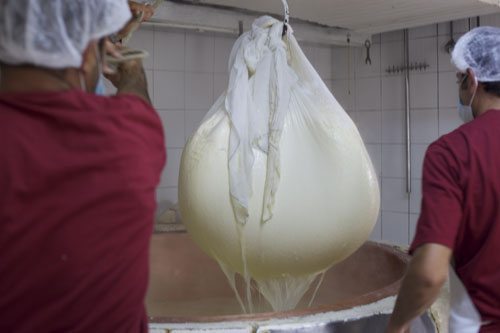 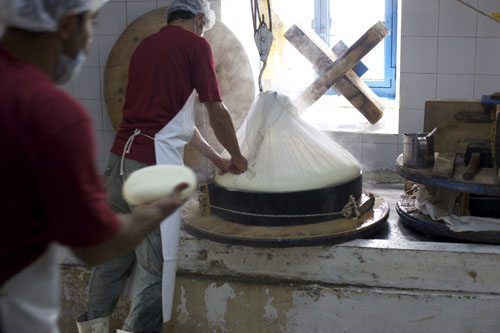 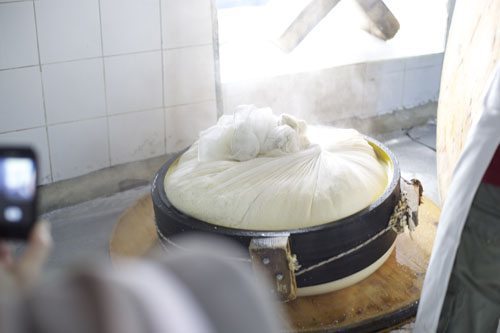 The cheese is pressed to release water. 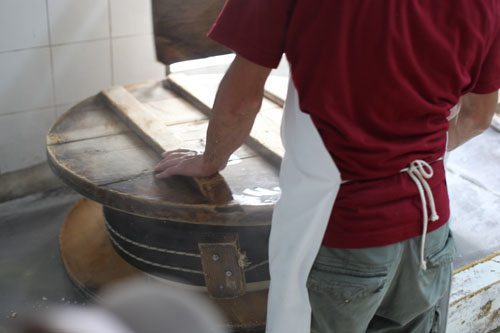 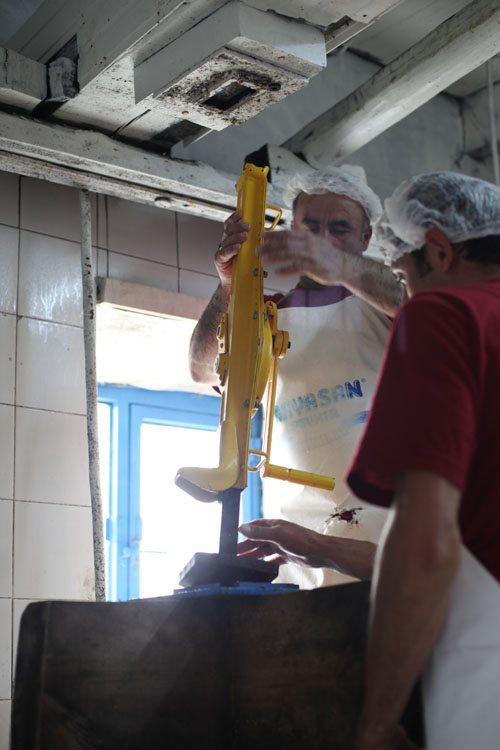 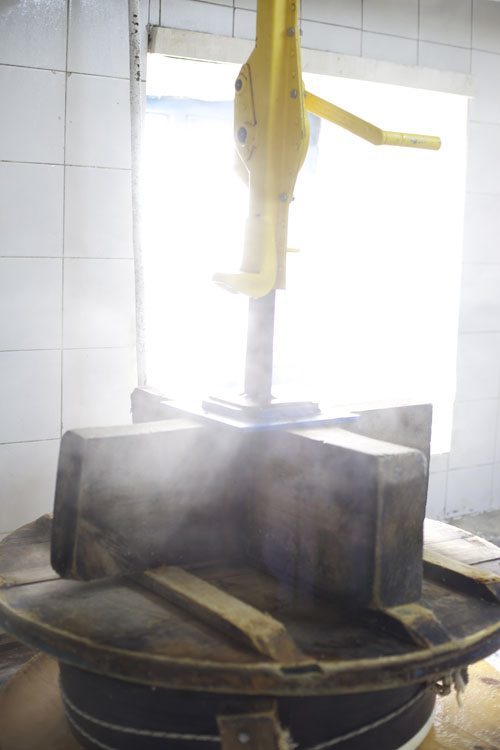 The cheese is then scraped to loosen it from the cheesecloth and pressed by hand. 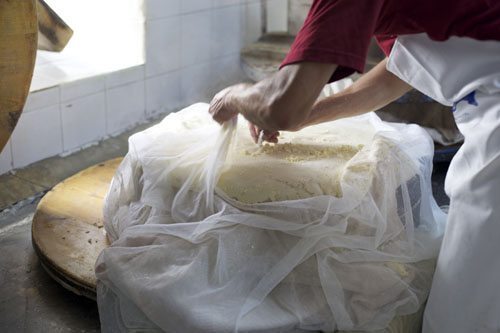 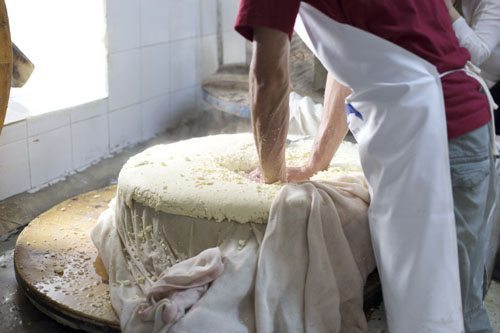 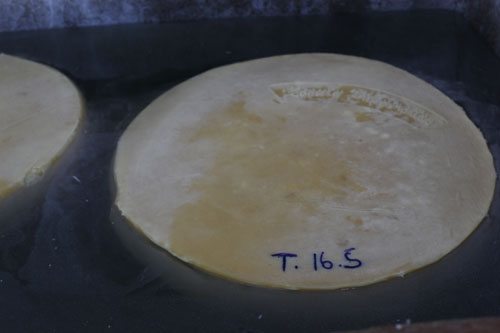 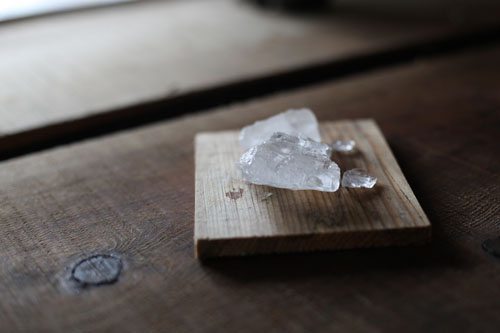 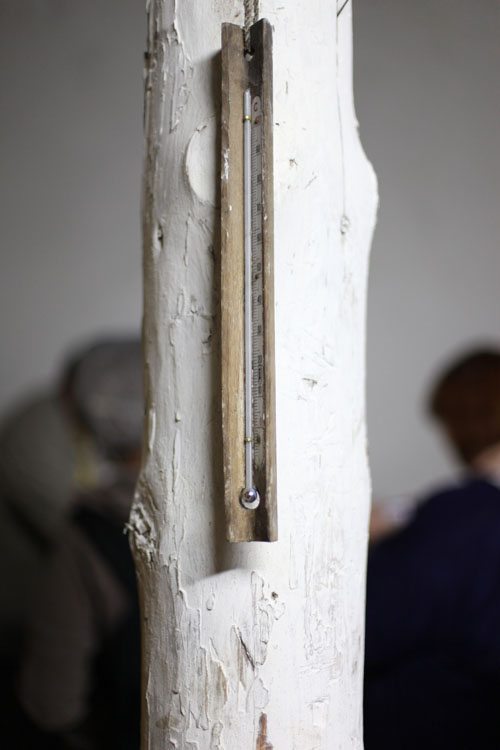 In the next stage, the forms are aged for 60 days at 12C with turning and salting every other day. The resulting wheel weights 60-70 pounds and reaches its full maturity at 140-150 days. 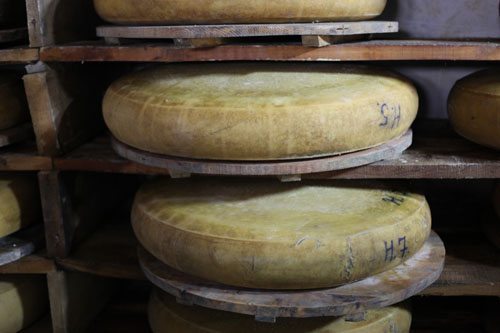 For more about Kars’ gravyer, visit the Boğatepe Village Cheese Museum, the country’s first and only cheese museum, or look for İlhan at Slow Food’s Cheese in late September. You can also find info in Turkish on Şemsa’s blog here and in Tuba’s article for Taraf here. And for stunning photos and text, check out this post from Eating Asia.