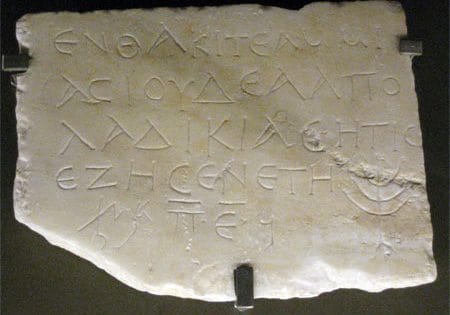 Rome is home to Italy’s largest Jewish community and there are numerous Kosher restaurants, shops, and accommodations throughout the city. Most are concentrated in three main areas: the former Ghetto, Piazza Bologna, and Monteverde. The Ghetto neighborhood is located in Rome’s historical center, a short walk from Piazza Venezia and Largo Argentina, both well connected to public transport links. Provided you are staying in downtown Rome, the Ghetto neighborhood is easily accessible on foot. If you plan to visit the Piazza Bologna or Monteverde neighborhoods, it is advisable to purchase the extensive spiral bound city map (called lo stradario) at a newsstand, as these zones are off the typical tourists maps. To reach Piazza Bologna, take the Metro B (direzione Rebibia) to the Bologna stop. Piazza Bologna is a 20-minute walk northeast of tazione Termini, the main train station. The stradario will come in handy for this. To reach the Monteverde neighborhood, take the 44 or 780 buses from Piazza Venezia.

My favorite Kosher places to eat in Rome
Nonna Betta: Located at Via Portico d’Ottavia 16 in the Ghetto, this Kosher dairy restaurant specializes in the cucina romana ebraica and has outstanding fritti (fried vegetables).

Yotvata: This dairy restaurant in Piazza Cenci in the Ghetto serves great pizzas and offers prepaid meals for Shabbat (call +390668134481 for details). They also produce and sell their own artisinal cheese.

Boccione: No sign is necessary to mark this famous parve bakery at the western end of Via Portico d’Ottavia. Their ricotta cakes, amaretti (almond paste cookies) and cinnamon and almond biscotti are always a bit burnt but amazing nonetheless.

B&B The Home in Rome: Located in the Piazza Bologna neighborhood close to Kosher restaurants and supermarkets, synagogues, and the Metro B. The B&B offers Kosher breakfast and a Shabbat plata.

Shabbat Meals
For shabbat meals with a family in Rome, contact the city’s Chabad-Lubavitch Center. Alternatively, you can arrange for a Shabbat package at Kosher Bistrot (Via S. Maria del Pianto 68 in the Ghetto), Yotvata (see above), or Kosher Delight.

Passover Seder
For listings of seders and other information concerning Pesach, consult this blog post.

Practicalities
There are no Kosher symbols on packaged food in Italy, though some supermarkets carry products certified OU or OK. For a full listing of certified products, consult the Info Kasherut section of this link. For a listing of Rome’s synagogues, consult JewishItaly.org. Other resources include the Jewish Community of Rome and the Museo Ebraico di Roma.

In antiquity, Rome’s Jewish community had more than a dozen synagogues (mostly located in the Trastevere neighborhood) and several catacombs outside the city walls. While few archaeological remains survive, those that do are of major importance. The Jewish Catacombs of the Vigna Rondanini just off the Via Appia Antica are among the best preserved burial sites in the entire city, replete with a mikveh, burial galleries, epitaphs, rare kochim burials (chambers carved perpendicular to the wall, found predominantly in the Holy Land), and frescoed rooms.

In Ostia Antica, Rome’s ancient port town, there are ruins of an ancient synagogue. To get there, take the local train from the Lido stop (near Piramide) to the Ostia Antica stop (€1 each way). The archaeological site is a 10-minute walk from the station (follow signs). Purchase the Guide to the Excavations of Ostia Antica for €6.20 at the ticket office and follow the map to the southwesternmost portion of the site. There, you will find the ruins of the oldest discovered synagogue in the West, dating to the 1st century CE. The ritual area was flanked by a mikveh, a community center, and a kitchen. Decorative fragments recovered during excavations are on display at Ostia Antica’s Museum.

Back in Rome, the Arch of Titus on the Forum Romanum has reliefs showing the Romans celebrating their triumph in Judea in 70CE. They show war booty from Jerusalem including the altar of Solomon’s Temple, trumpets, and the seven branched Menorah being carried by Roman soldiers. Admission times to the Forum Romanum can be found on Rome’s culture website; tickets cost €12 and include admission to the Palatine Hill and the Colosseum.

While the Jewish Ghetto’s buildings were destroyed after Italian unification in 1870, the area where Rome’s Jews were obligated to live from 1555-1870 is still an important place of Jewish community life in the city. The Jewish day school is located on Via Portica d’Ottavia, along which many Judaica shops and kosher restaurants and bakeries. In front of the Portico d’Ottavia itself (a 1st century BCE building at the eastern end of the street), Largo 16 Ottobre 1943 marks the place from which many of Rome’s 2091 deportees were held before deportation.

Nearby, the Museo Ebraico reconts the history of Jews in Rome, in antiquity, the Middle Ages, the Papal Era, and the Nazi occupation. To enter the Museo Ebraico, announce yourself to the guard at Lungotevere Cenci 15 and ask to be admitted. Tickets to the museum cost € 7.50 and include a guided tour of the Sephardic temple (museum level) and Italian rite temple (Tempio Maggiore). There are visits in English every hour on the 0:15. For more information on opening hours and admission policies, visit the Museo Ebraico website. On the Tiber Island adjacent to the Ghetto is the Jewish Hospital and further on in Trastevere on the Vicolo dell’Atleta 13/15 a column supporting an arch in a medieval façade has Hebrew inscription, signifying that this building, now a restaurant, may once have been a synagogue.