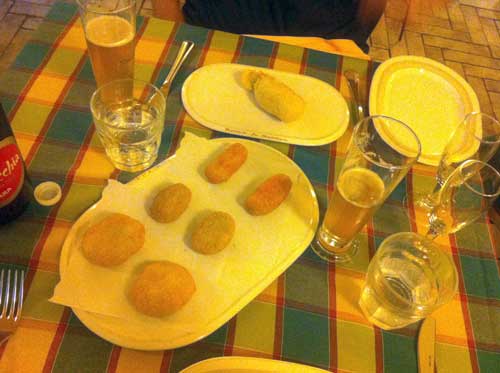 Apologies in advance for the atrocious iPhone photos and short post. It has been a loooong week (and it’s only Tuesday). I seriously don’t know how I have managed to not keel over in the oppressive Roman heat! But I digress…La Pratolina, a pizzeria in Prati, was recommend to me by reader Max, who is living nearby while teaching in Rome. The place had been recommended to me by Roman friends a while back, and thankfully Max’s email jolted me into action after months of procrastination. I visited La Pratolina last week and found some of the best fritti in town. We are talking nearly Sforno and Tonda levels, people. I dare say the sfizi (mixed croquette plates) are worth a trip alone. La Pratolina’s pizza, or as they call it pinsa, is a sort of oblong slab of dough with a raised rim. The dough is leavened for 48 hours and they use quality ingredients. The service is friendly and efficient. I swear sometimes when I eat in Prati I feel as though I have been transported to the service capital of Europe far, far away from Rome. And yet La Pratolina is hardly a suppli’s throw from the Cupolone. It is located at Via degli Scipioni 248. Dinner only, closed Sunday. 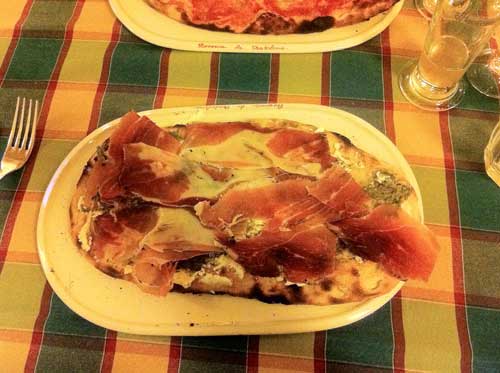