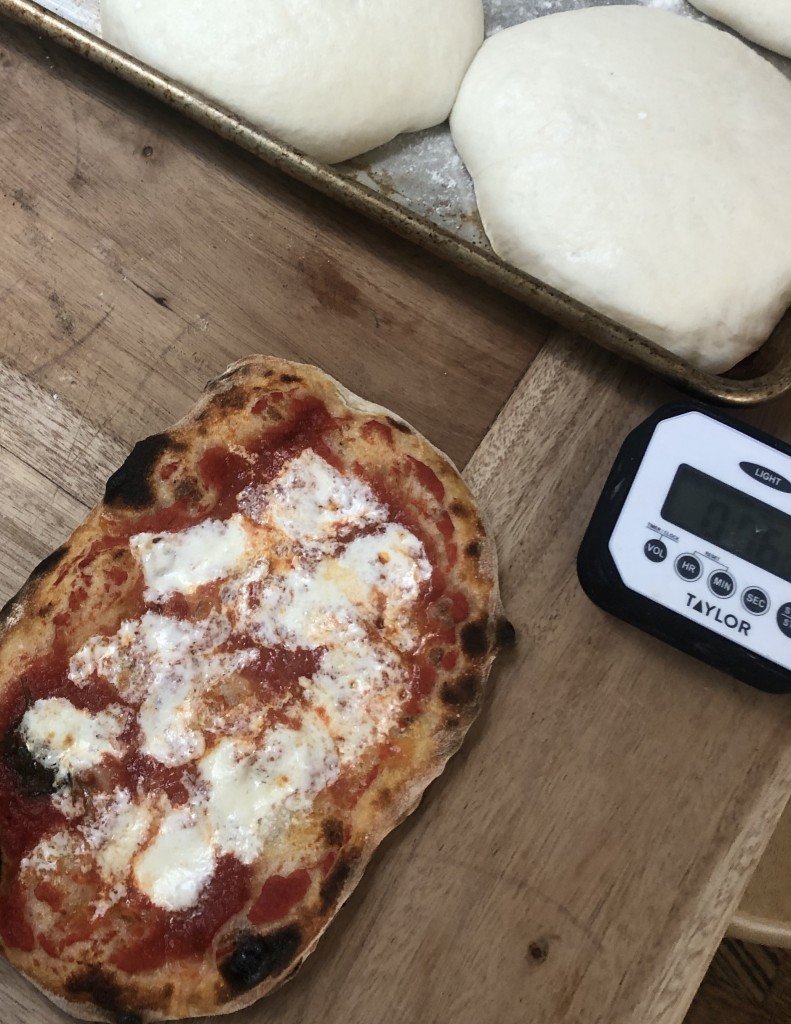 Join me Friday September 25 at 3pm EST for a pinsa class hosted by Breville. I’ll be chatting with Scott Wiener, host of Breville’s video series “Meet the Makers” and my friend and #UntitledPizzaCookbook co-author Dan Richer will be making a special appearance. Get your tickets now to watch live; you will also get a link to watch the broadcast after the fact at your leisure. If you want to mix along, I have included the recipe (modified from my pinsa cover article with John Regefalk for Fine Cooking Magazine) below, but bear in mind the dough ferments overnight so you won’t be eating pinsa til Saturday. I’ll be donating my fee to Unete Oregon’s Immigrant Fire Relief Fund.

Legend states pinsa romana was invented in the Italian capital 2,000 years ago and that the tradition is alive and well. It’s a fun story, but lacks any historical backing (all the best stories do!). In reality, this oblong flatbread was first made by Corrado Di Marco near the Vatican in 2001. Rather than being part of a pizza continuum dating back 2,000 years, pinse are the result of Italy’s contemporary pizza culture. While thick-rimmed Neapolitan pies dominated the imaginations of Italians and travelers for the whole of the 20th century, new flatbread formats have been popping up across the Italian peninsula for the past couple of decades. Many of them, pinse included, draw on proprietary flour blends and a long leavening period intended to create a highly digestible final product. Indeed, Di Marco’s creation uses a blend of wheat flour, rice flour and soy flour, which he says impart flavor and create a light dough that’s easy to digest. He even sells the flour mix and oversees an association that certifies pinsa makers to ensure the quality of pinse romane remains consistent across the globe. Diners no longer need to travel to Rome to experience the pinsa, with so-called “pinserie” located all over Italy and even in San Francisco and Tokyo.