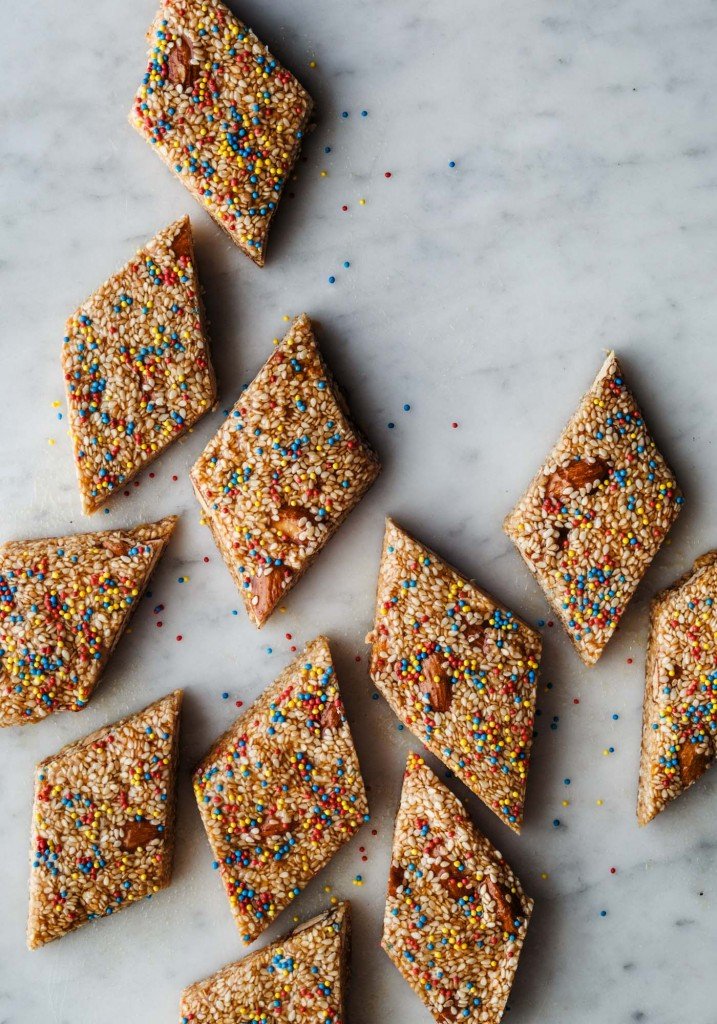 The Italian south’s resources and position as a crossroads in the Mediterranean have made it a target for conquest and transit for millennia. As invaders and refugees made their way to the south, they brought their customs, cooking methods, and ingredients with them. At times, the locals would reject the new arrivals—both the people and their food—but after time had erased wounds, these foreigners and their imports would be adopted, wonderfully coloring the native traditions of the south with their influences.

One such phase that shaped the south’s cuisine in a way still appreciated today was the conquest of the south by Arabs in the ninth century. At this time, refined cane sugar arrived on the Italian peninsula and was ground into a paste with almonds—an ancient Greek import—to produce marzipan and many other very sweet treats like nut brittle. It goes by different names across the Mediterranean but you will find the descendants of 9th century brittle recipes in Spain, Portugal, Tunisia, Morocco, and, of course, Italy.

My favorite version is Daniela Morrone’s from La Locanda di Alia in Castrovillari in Calabria where it is called giurgiulena. This long-lasting nut brittle was traditionally served around Christmastime, spooned onto washed orange leaves, but today it is sliced into bars. The sprinkles add color and a festive flair that is common in the sweets of the South.

In a large, deep pan, combine the sugar and honey over medium heat. When the mixture begins to turn dark and shimmery, about 5 minutes, add the sesame seeds and almonds and cook, stirring continuously, for 10 minutes.

Remove the pan from the heat. Stir in the orange zest and cinnamon and set aside until the mixture is cool enough to handle.

Carefully pour the mixture onto the prepared baking sheet. While it’s still warm, use a heatproof spatula to flatten the mixture to ½-inch thickness. Scatter the colored sprinkles over the mixture and lightly press them in with your fingertips. While still warm, cut into 2-inch diamonds on a diagonal using a sharp knife. Set aside to cool completely.

Giurgiulena will keep in a sealed container at room temperature for several months.