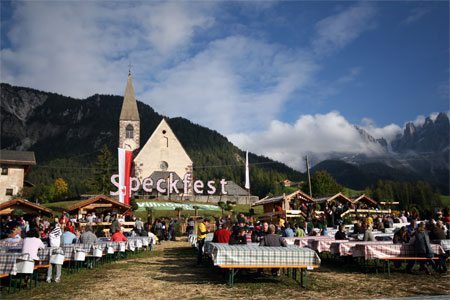 I spoke to my mom the other day. She had been following the Road Trip virtually and was concerned for my health. I can’t say that I blame her. But she didn’t have all the facts. I hadn’t written about Speckfest yet. 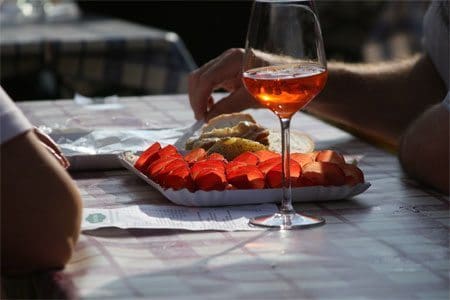 Speckfest was held last weekend in Santa Maddalena, a village in the Val di Funes in Alto Adige, to celebrate the local prodotto tipico, Speck Alto Adige IGP. This cured, lightly smoked pork product is aged in the open air and its style, location, and methods of production are regulated by the government (that’s what the IGP bit signifies). 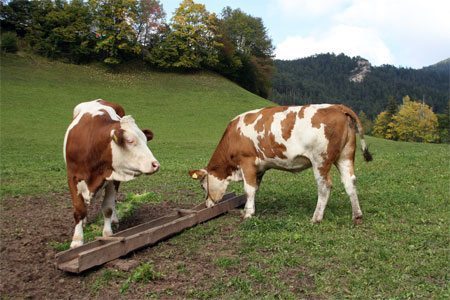 Santa Maddalena is a small village in a valley surrounded by cow pastures. In October the area is still quite warm, but the snow capped peaks of the Dolomites in the distance foreshadowed the cold winters there. 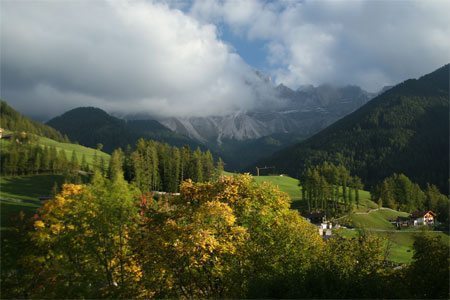 The tents and stands for Speckfest were set up on a hill below the Church of Santa Maddellena and its cemetery. Vendors selling speck, bread, beer, wine, honey, knives, and wool clothing encircled a large grassy plain filled with tables. 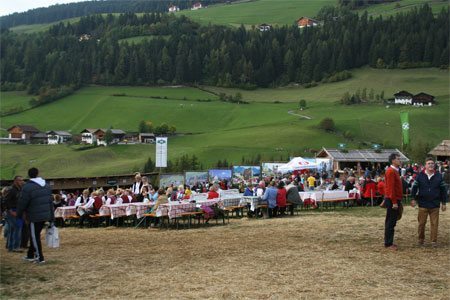 We grabbed a seat at one of the tables and ordered a ridiculous amount of food. 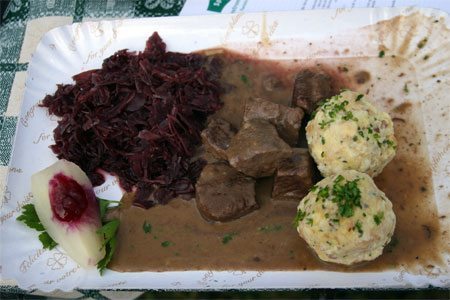 Some of the dishes included venison stew with canederli and sweet cabbage, 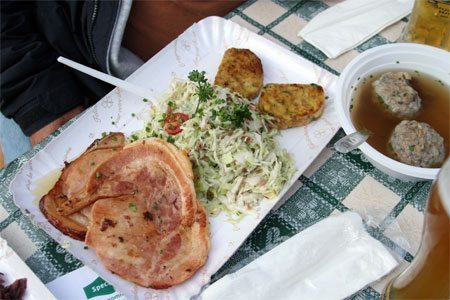 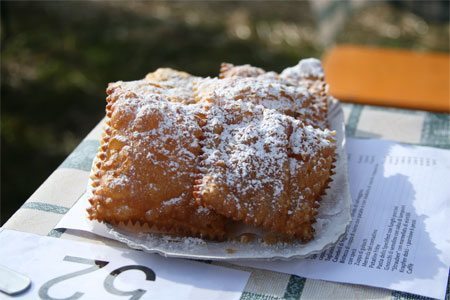 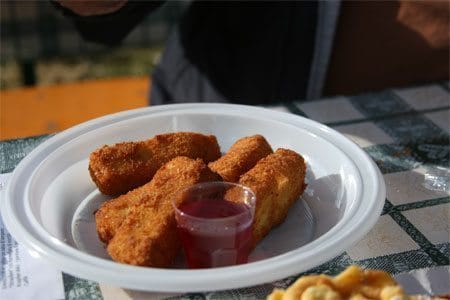 and fried semolina with cherry syrup. 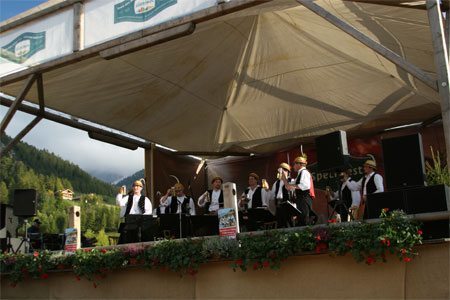 Throughout the day there were lots of performances featuring folk songs and beer drinking. 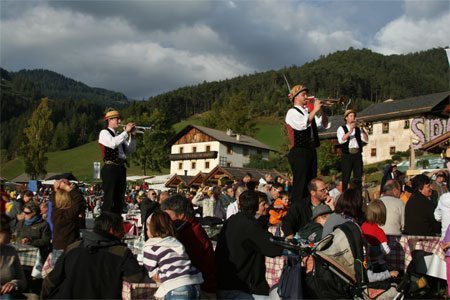 After a few (songs and beers), the band came into the crowd and danced and played on tables. A joyous, porky, drunken time was had by all.