Skip to content
Home/The Long Journey to Noma
Previous Next

The Long Journey to Noma 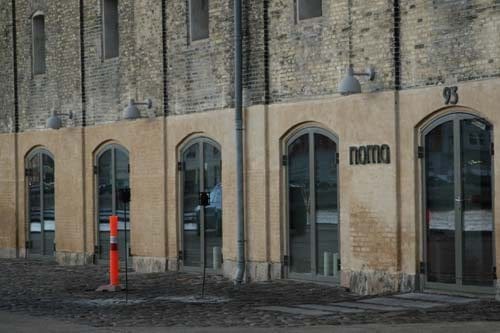 My journey to Noma began three months ago while on holiday in Northern Cyprus. I was on the island attending the wedding of some friends and knew if I wanted to eat at Noma in early September, I would have to book online 3 months in advance. I would also need a whole lot of luck. I had my heart set on dining at Rene Redzepi’s innovative and award winning restaurant in Copenhagen’s harbor, so I did something radical. I actually woke up with my alarm on the day bookings opened. I am not an early riser nor am I particularly adept at waking up on time for important things. But this was something extra special. By some amazing stroke of luck, I booked a table for lunch after an hour of trying to enter the overloaded system. I was in. 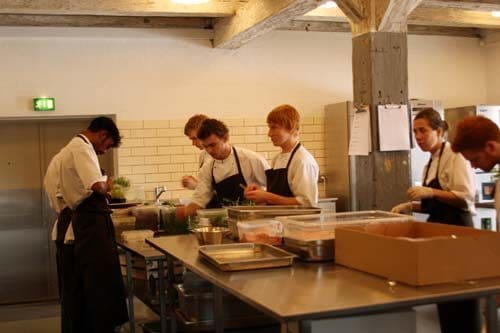 Before last weekend I didn’t know anything about The New Nordic Cuisine. Of course, I had read about its innovators and principles and seen thousands of photos documenting its ingredients and dishes, but I had never felt its flavors. I had never tasted sea-buckthorn, nor eaten raw Danish beef with my bare hands, nor gnawed on a carrot plucked from Danish soil. After a week-long crash course in New Nordic Cuisine (that is, systematically eating my way across Copenhagen at an exaggerated pace), I was ready for Noma. 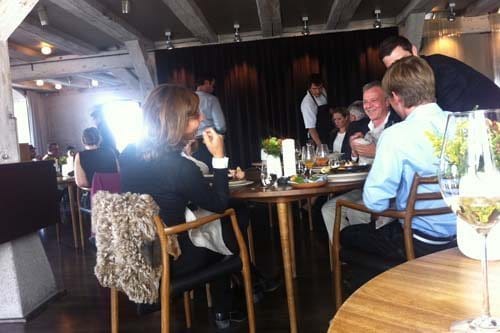 I’m not so sure I can say anything new or interesting about the Noma experience. It’s all been said before by Caput Mundi Cibus, Very Good Food, Food Snob, and others. (And in much more articulate terms than I can conjure!) So I will just recap some of the incredible dishes I ate, beginning with the starters that precede the proper meal. Apologies for the poor photos. Noma’s food deserves more than the iPhone 4 (or my photographic capabilities) can handle…Sorry. 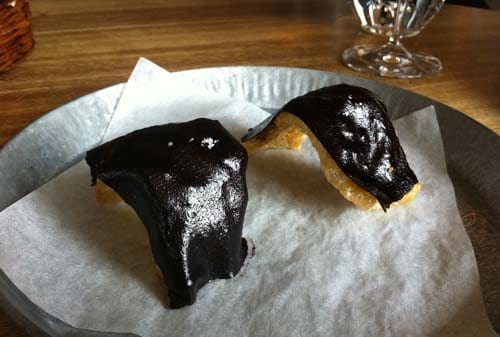 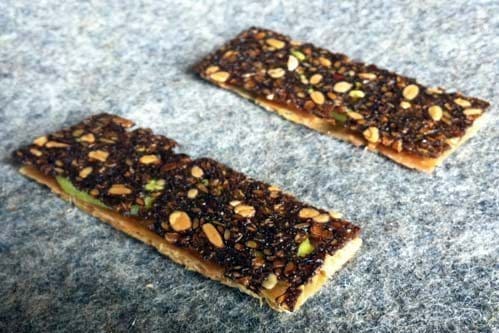 Chicken skin and lovage cream sandwich. Crispy fatty herbal delicious. Chicken skin will be the dominant ingredient in my next homemade meal. 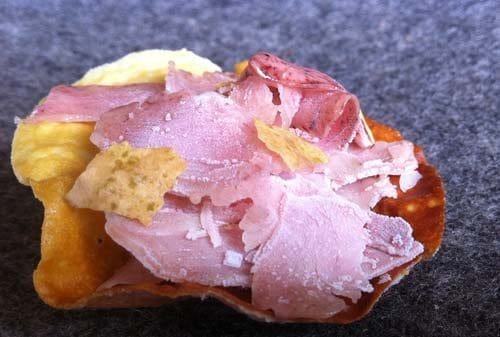 I learned two years ago that cod liver is one of my favorite foods. Here it has found its rightful home, in a shell of caramelized milk. 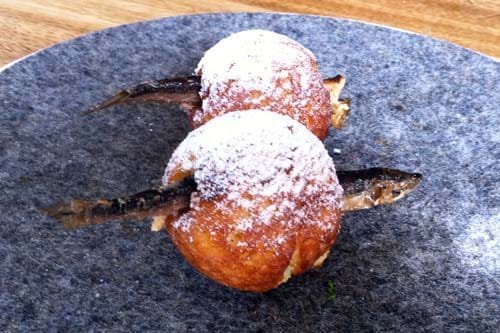 Aebleskiver meets takoyaki and a pickle: a sweet dough used for traditional Christmas fritters is packed around a pickled cucumber and skewered with a smoked fish. 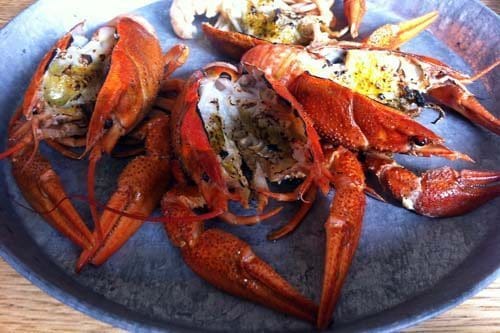 Sometimes perfection lies in a single ingredient prepared as simply as possible. Case in point, these crayfish. 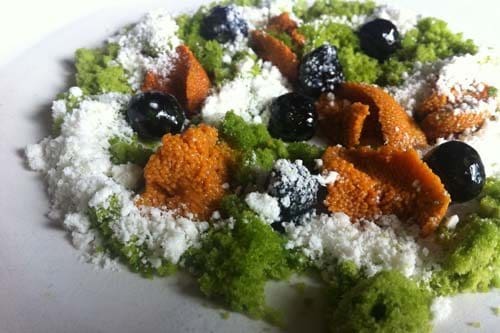 These sea urchin are fished by a Roderick Sloan, a Scottish immigrant to Norwegian waters. They are served with lovage granita and frozen creme fraiche. 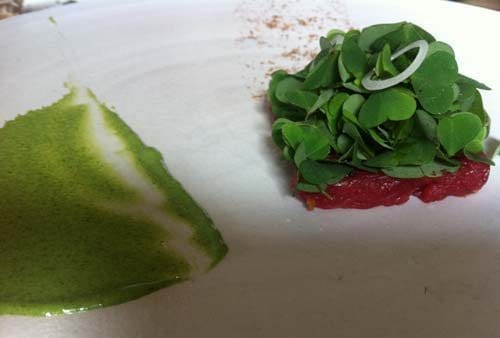 Danish beef with wild sorrel leaves and tarragon emulsion is served without silverware, which makes you go all Viking on the dish. Fun. 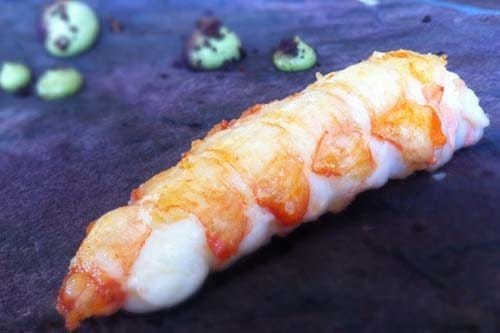 More finger food: a lightly cooked langoustine is served on a hot stone with oyster, parsley, and seawater emulsion. 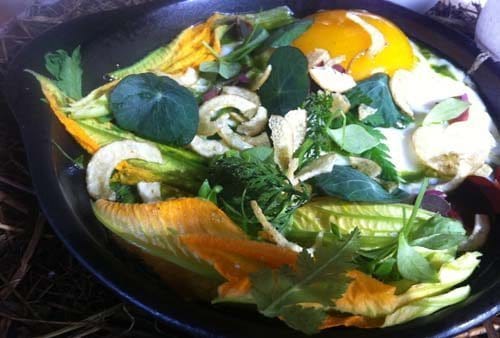 The classic Noma “cook your own duck egg” dish arrived at the table in installments: first a cast iron skillet on a plate of hay, then a plate full of herbs and squash blossoms, then the maître d with hay oil that he liberally dosed onto the smoking skillet. It was cooked in a similar approach: I broke the egg into the skillet, let it cook for 90 seconds, then added a spoonful of thyme butter, herbs, and flowers and let it all cook. The result was a delicious, if gimmicky, dish that challenged the notion of kitchen/diningroom boundaries.

There was more to follow: sweetbreads, desserts and petit fours, including a phenomenal bone marrow caramel. But by then I had given up on my inadequate phone photography. All I could think about was the next trip and when and how I could make it. The next journey begins Monday at 10am when online bookings open for December. Wish me luck!