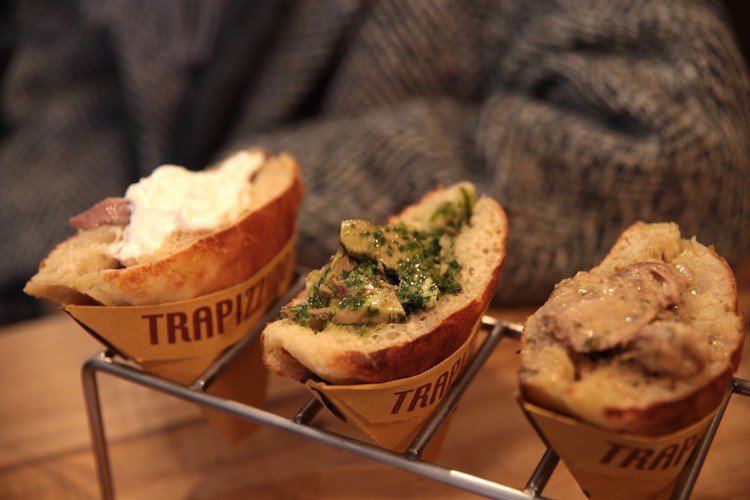 Back in 2012, the trapizzino was momentarily imported to NYC. Stefano Callegari’s invention, spongy triangles of pizza bianca sliced open on one side and stuffed with traditionally Roman fillings like trippa alla romana (stewed tripe), coda alla vaccinara (braised oxtail), seppie con piselli (cuttlefish with peas), debuted at Mad Square Eats before finding its temporary home at Broken English. When Broken English went under soon after, the trapizzino left New York and the 9 people who knew what it was mourned its quick disappearance. Four years later, Callegari has opened Trapizzino shops all over Rome and in Japan. NYC is next.

Trapizzino USA is in the process of opening its first US location at 144 Orchard Street in Manhattan’s Lower East Side. In advance of this upcoming inauguration, Callegari will be previewing the trapizzino at Marta during lunch this week. On Thursday December 1 and Friday December 2, Stefano and his team will be serving four types of trapizzini. Go check it out and stay tuned for the official opening of Trapizzino next month!

UPDATE: Trapizzino opened in NYC in late February. For a recap check out my latest for Food & Wine!