A Visit to the Noma Kitchen 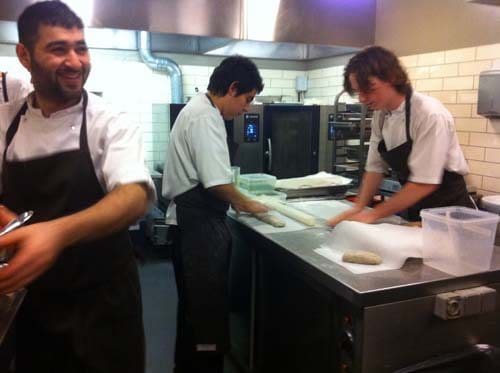 Dining at Noma is already an unforgettable experience on its own and one that relatively few people on earth have access to for various economic, geographical and logistical reasons. I know that it is ridiculous and indulgent that I have been twice in the past four months (and that I am already planning two more trips next year, online booking system permitting). There may be something fundamentally wrong with me. And there is definitely something fundamentally magnetic about Noma. 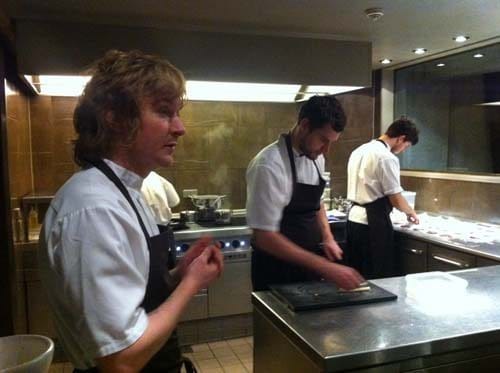 Trevor begins the kitchen tour at the hot food station.

Obviously the food is amazing, creative and unique. It’s everything you’ve heard it is and more. But would it feel the same if the staff wasn’t so warm, welcoming and open? Absolutely not. On my first trip in early September, I was treated to an hour-long tour by René Redzepi himself after a stunning lunch. And if you were wondering how to top such a spectacular meal, a tour and a chat with one of the world’s greatest living chefs is one way to do it. 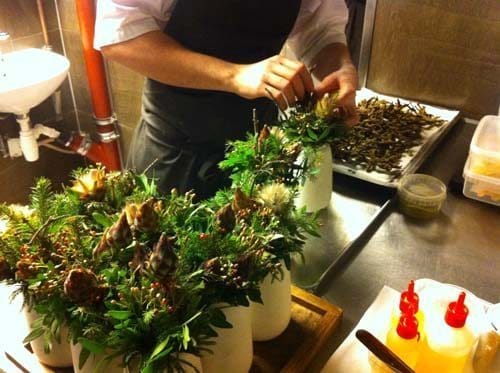 The edible centerpiece, part one of the starters series, is prepared.

Today, my friends Evelyn, Maria and I received a kitchen tour from sous chef Trevor Moran, who has been working at Noma for three years. It was 4:30pm, parts of the kitchen were dedicated to preparing the staff meal, others to prepping the edible centerpiece, the brand new duck main course. Trevor had been on his feet for who knows how many hours, but he was eager and willing to show us every corner of the kitchens, chat with the stagiers, and answer our questions. 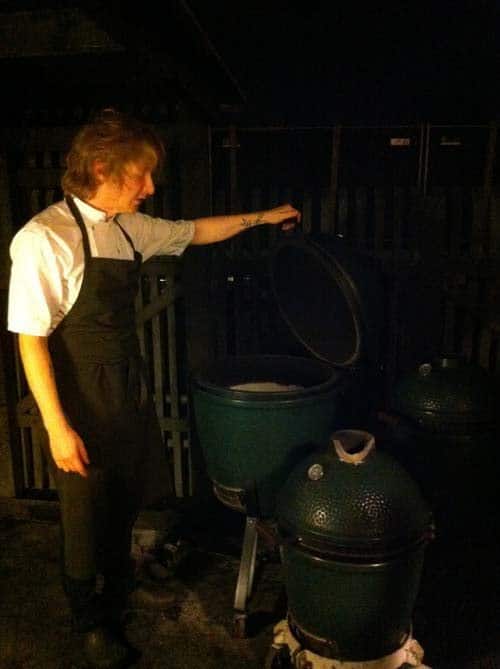 Trevor shows off the outdoor grills. Yeah it is that dark out at 4:30pm.

After a tour of the ground floor, we headed upstairs to the private dining area (which can be yours for a minimum of 25000DK!) and prep kitchen, where the stagiers were preparing the apple dish for dinner later that evening. 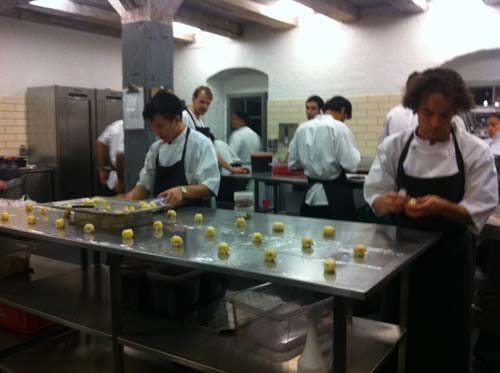 The makings of the apple and Jerusalem artichoke dish.

Next up was the test kitchen and office space, which were previously based in two separate structures. Now they are together, along with the staff meal tables and an area dedicated to herbs. 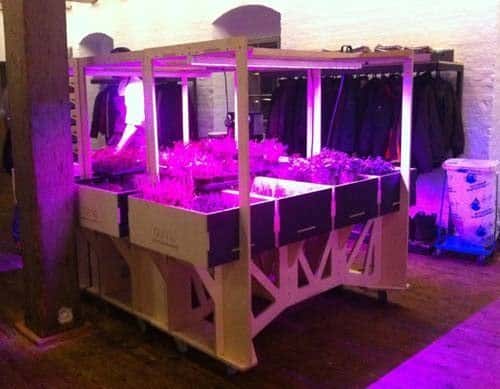 The herbs are grown elsewhere then tended to here before ending up on plates.

The tour wrapped up as you might expect if you attended MAD Food Camp in August: René fed us ants while Trevor enlightened us with myrmecology facts. 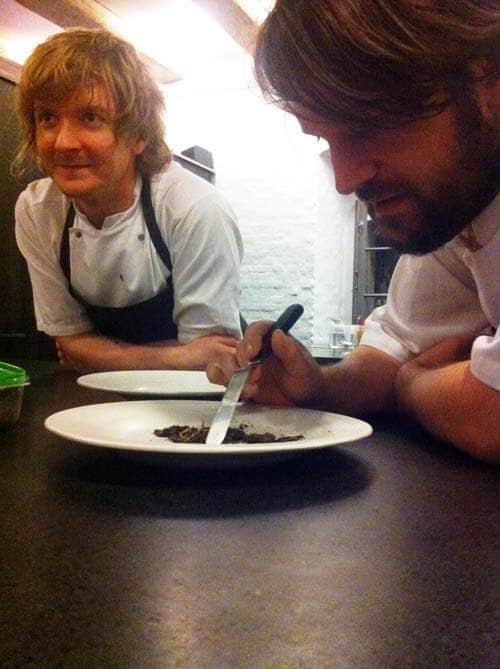