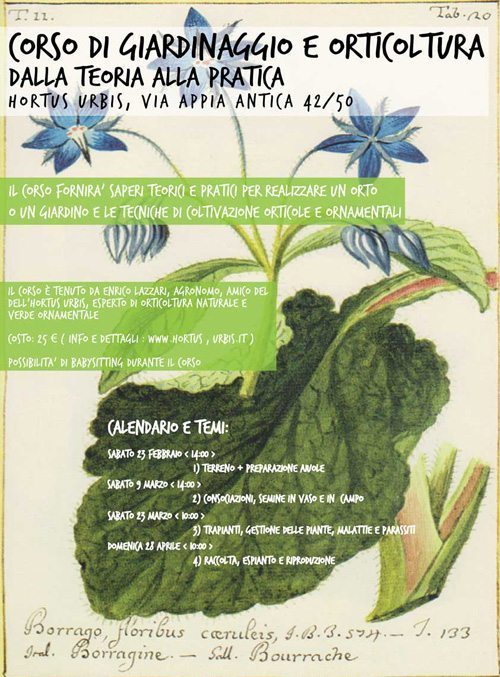 Not so long ago, much of Rome was populated by sheep and their keepers. Animals grazed in and around the centro storico and Romans tilled the land that today is occupied by mid-late 20th century urban sprawl. It would be an understatement to say the city has lost its connection to nature, but some are trying to mend this broken bond.

The past couple of years have seen a shift towards rediscovering Rome’s natural world. While this remains a niche movement, several urban farming initiatives do exist, foraging is practiced by at least one Swedish chef and one American food writer and an urban farming shop opened in Monti in late 2011. More importantly, there are around 100 urban gardens in greater Rome and counting.

One of the more recent additions to this tiny trend is Hortus Urbis on the Appia Antica. Now Rome residents without gardening experience or land of their own can partake in seminars and courses aimed at bringing them back to nature. There are some really important collaborators in the project including Zappata Romana, Eutorto, Orti Urbani Garbatella, Cooperativa Coraggio, Giardinieri Sovversivi Romani. Starting February 23, a four-installment gardening course will begin at Hortus Urbis. For more details on how to get involved in Rome’s farming initiatives, reach out to the organizations listed above. To book the gardening course or to get more details, email Zappata Romana.