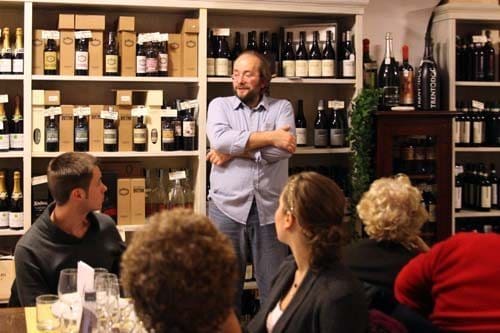 On Thursday, 40 people gathered at Beppe e I Suoi Formaggi for a special tasting of Mauro Musso’s pasta. Mauro, who is originally from Alba in Piedmont, quit his job a few years back to pursue the difficult endeavor of artisanal pasta making. He transformed the ground floor of his parents’ house into his tiny pasta factory where he makes, dries, packages, labels, sells and distributes tajarin (his territory’s most famous pasta) and casarecce. When he is not working in Alba, he is on the road delivering his pasta to shops and restaurants (mainly outside of Piedmont) or promoting his work at food fairs in Italy and France. 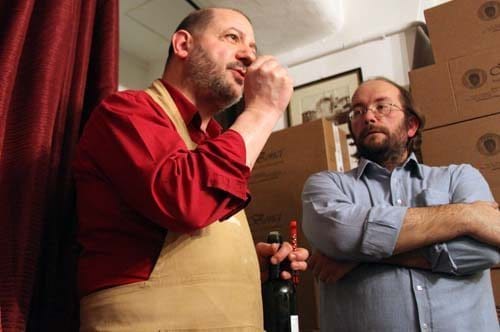 At the beginning of the evening, Francesco of Beppe e I Suoi Formaggi introduced Mauro, remarking that the main characteristic of the pasta was its digestibility. Mauro then spoke a bit about his work and his dedication to rare grains. For more background on his approach, check out this interview. 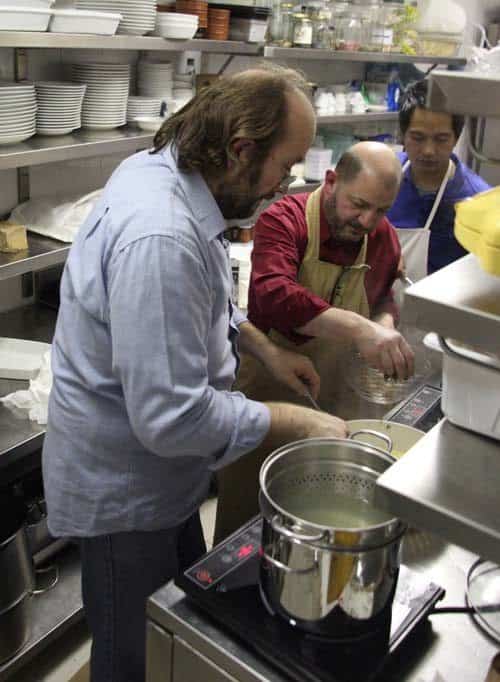 The pastas then started to be served to the very patient crowd. It was over an hour before the first dish came out. I peeked into the kitchen and found out why. Mauro prepared a 7-course meal for 40 people using a pair of small, portable electric stoves. This is not an easy feat, but he pulled it off! 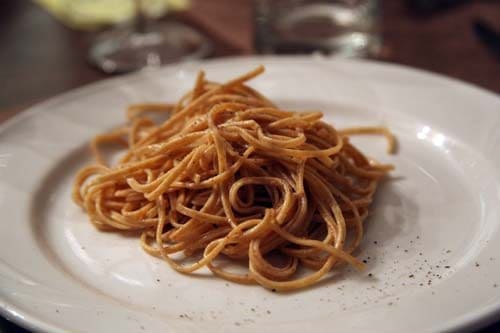 Next was “Gentil Bianco” soft wheat tajarin with Beppe’s butter and white Alba truffles. FYI Beppe’s butter is extraordinary. It is made from the milk of Savoiarda cows and is sold in the shop. 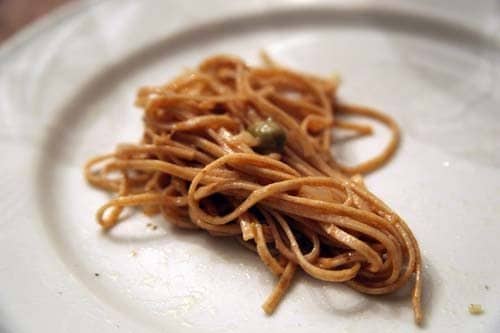 This was followed by “Rosso delle Langhe” soft wheat tajarin with stockfish and capers. As the grain name would suggest, the pasta had a reddish tint. 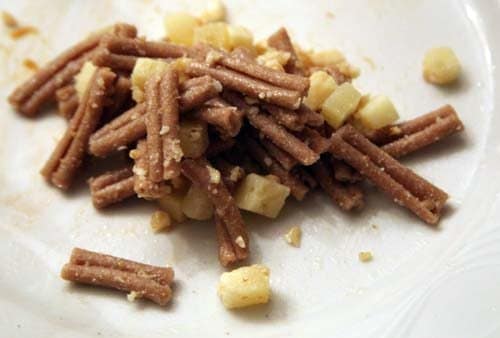 The only pasta to break with the tajarin theme was the casarecce dish: rolled pasta of white rye with three cheeses and walnuts. 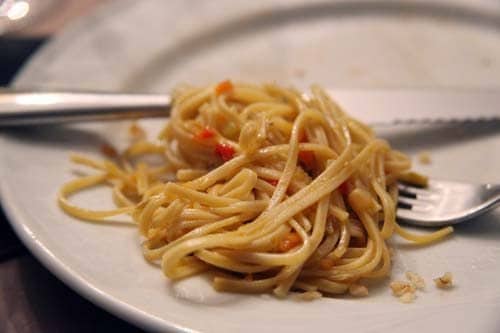 We were back on a tajarin streak with einkorn flour tajarin with mixed vegetables. 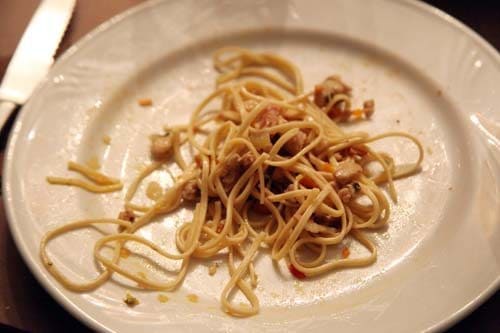 By the sixth dish (and fifth glass of wine) things started to get a tiny bit messy. For this course, an einkorn, spelt, kamut, and rye blend was served with rabbit ragù. 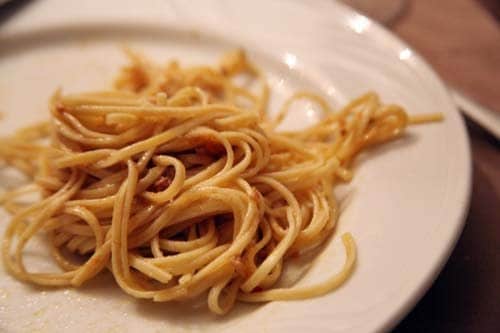 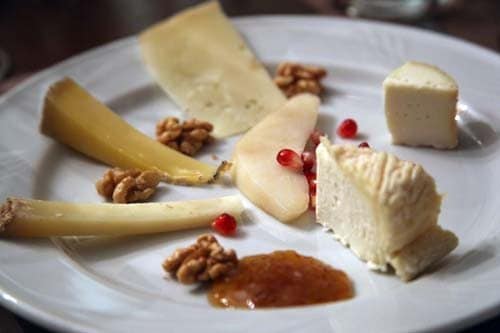 But the meal wasn’t over yet. We had a cheese plate, mainly of cheeses Beppe makes in his native Piedmont. 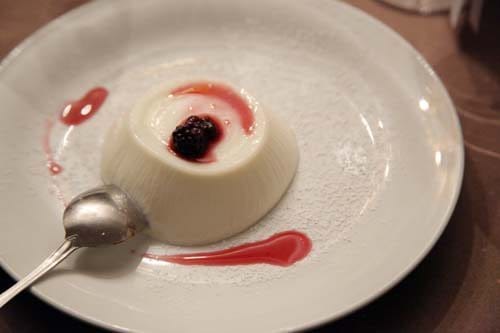 And a final dose of dairy came with the panna cotta. 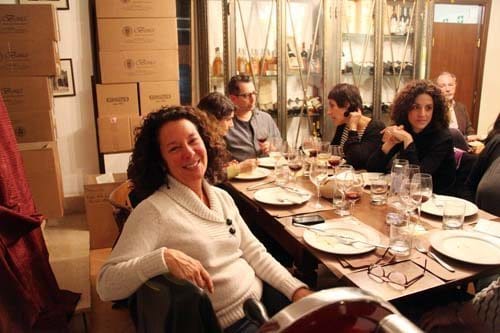 A round of applause was in order for Mauro and the staff of Beppe e I Suoi Formaggi. And another one for Mamma Parla, who survived the four-hour long tasting in spite of having arrived from the States that morning. She was a champ. A heartfelt thanks to everyone who came out to support a very dedicated food artisan. You can find Mauro’s tajarin and casarecce for sale at Beppe’s and Pizzarium in Rome. For more information on his pastas, visit his website.