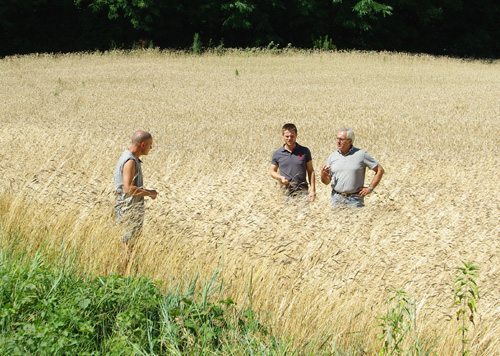 The grape harvest in Piedmont is nearly upon us and, while nebbiolo, freisa, barbera, arneis, and other native varieties are plucked from their vines, another lesser known harvest is also commencing. In the Alta Langa region of Piedmont, the ancient enkir grain variety is being cultivated in a collaborative effort between Mulino Marino and farmer Massimiliano Romano. In order to maximize aromas and complexities, explains Fulvio Marino, they harvest their enkir quite late. 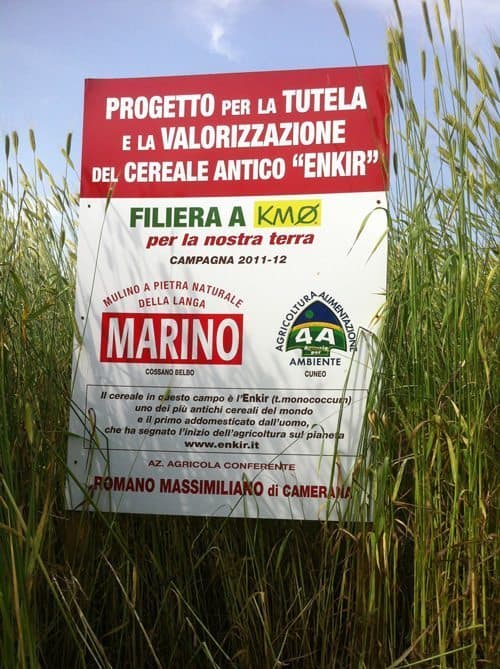 You may remember Fulvio from this interview. Or perhaps you have seen him on television with Gabriele Bonci proudly touting his family’s organic stone ground flour. If you live in the Langhe, you have likely seen him surveying grain fields with local farmers and his father Ferdinando. 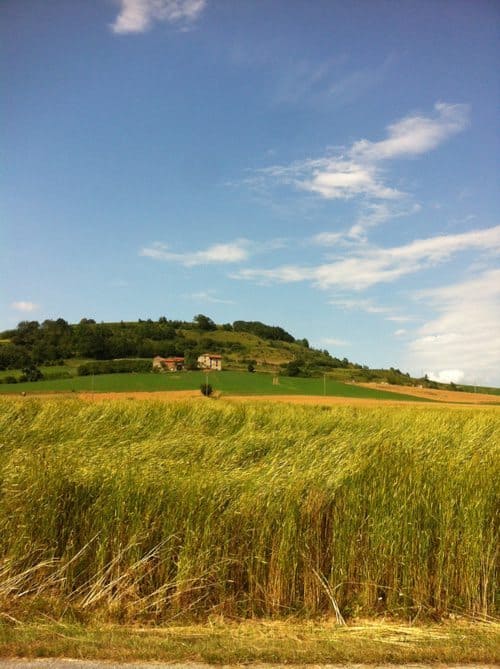 Fulvio is incredibly energetic and passionate about his land and promoting local agriculture, so when I asked if he would contribute to a post about this month’s enkir harvest, before I knew it I had 20 emails with photos and text in my inbox. There was an urgency to his tone. His family has been working to cultivate heirloom grains for two decades, during which time they have watched farming in their region decline. “Agriculture is dying so it is important to give value to farmers and to work with them to cultivate disappearing species,” wrote Fulvio. 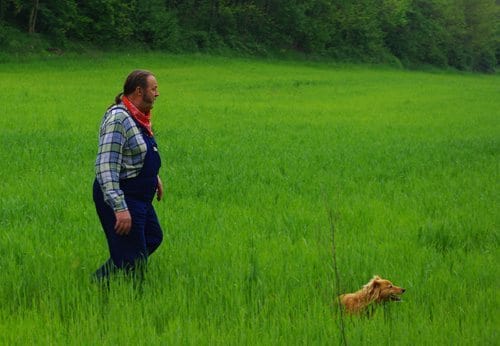 “This photo is from around January or February when the fields were green!”

“This photos is really important and it explains a lot about enkir. The binomial nomenclature is triticum monococcum, but in the nearly 20 years that we have been planting it, we have singled out certain types–let’s call them races of the same species–that we think have better flavors and aromas. In the photo you can see the difference between these two types of the same cereal.” 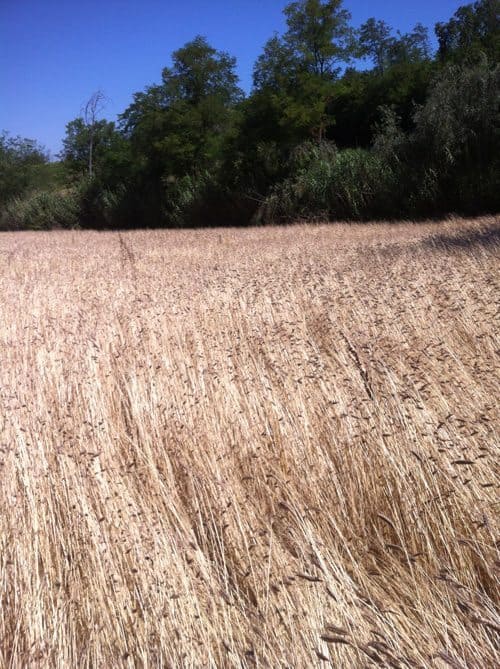 “The trails are not over because now we are working with Mauro Musso to find the absolute prefect grain type for his pasta. Naturally we are not modifying the wheat, simply selecting the varieties in the fields that are better suited for us. Long live biodiversity!” Indeed.