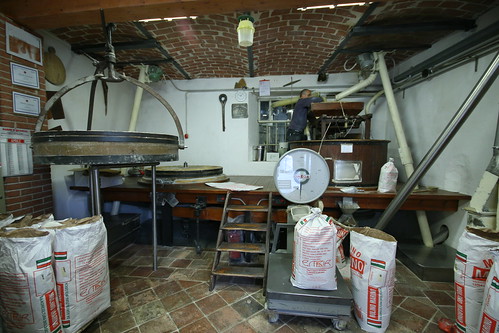 On Friday I visited Mulino Marino, a family owned and operated mill in Cossano Belbo. You may already be acquainted with this place from this interview with apprentice miller Fulvio Marino, but to recap, Mulino Marino was founded by Felice Marino in 1955 and prides itself on producing high quality organic flour from heritage grains, corn, and other cereals. Three generations of Marinos work in the mill and third generation Fulvio took some time to meet with me and show me around. I got a crash course in traditional flour production, as well as an unexpected introduction to the mill’s very new additions. 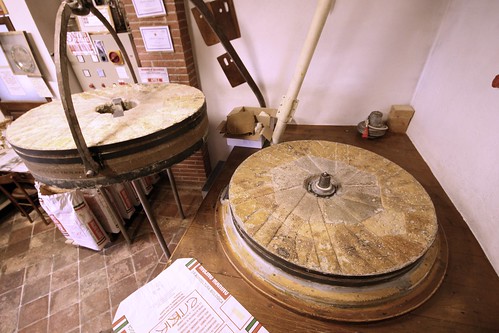 The mill is divided between two buildings. In one, a small room contains two stone mills dating back to the 19th century. Fulvio was nice enough to disassemble one so I could get a good look at the stones and touch their surfaces. The stone came from a quarry outside Paris, and is incredibly resistent to wear and tear. 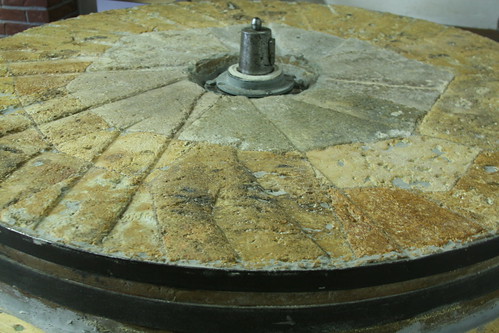 The other mill was in full swing making “burrato”, soft wheat flour. Grain was being funneled between the stones, which make 120-130 revolutions per minute (compared to 500 for an industrial machine). When the flour was expelled it was lukewarm to the touch. The limited number of revolutions and low heat keep the germ alive, which means the flour is more complete, healthier and more fragrant. 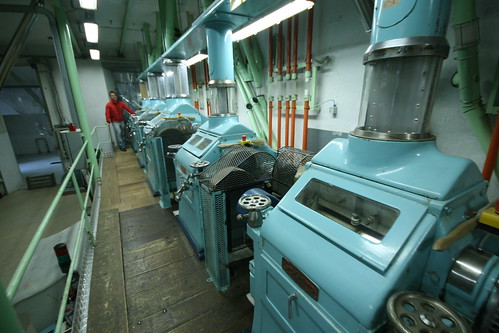 In a neighboring building, the cylinder mill laid idle. Once an important part of the mill’s production, Mulino Marino now heavily favors stone grinding. But they haven’t completely given up on modernity. On the contrary, two recent additions to the mill have propelled them into the 21st century. 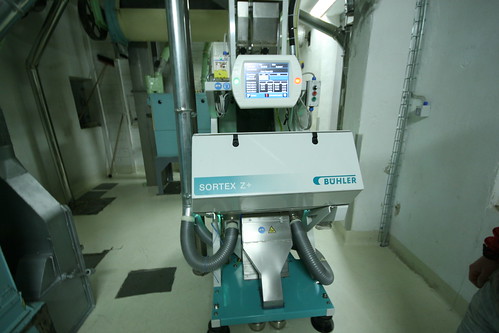 Upstairs from the cylinder mill sits the Buhler Sortex Z+, an optical sorting computer that analyzes each cereal before it is sent to the mill. The Sortex removes contaminates and filters out the the grains that are dead or defective. Although Fulvio patiently described the process to me, this NASA technology (seriously!) is way beyond my reach. Neverteless, this insane piece of machinery is super cool. I half expected it to talk. 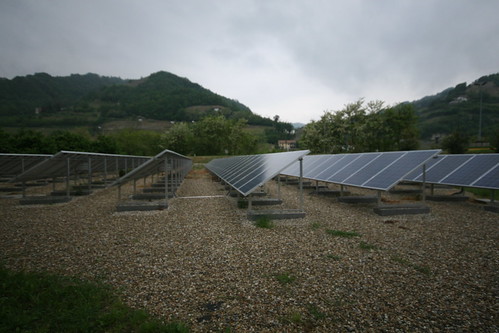 As impressive as the Sortex Z+ was, this was not the highlight of the tour. That came next. We walked around the back of Fulvio’s family home, which is right beside the mill. There, between the house and the hills, dozens of solar panels collected energy that will soon completely power the mill. “We could have built a pool here,” said Fulvio with a grin, “but we preferred this instead.”