Pepe in Grani and the Politics of Pizza

Pizza is never just pizza. There is history, culture and politics woven into its glutinous strands. And in Caiazzo, a once-declining village in Campania’s Alto Casertano sub-region 50 km from Naples, pizza is life. The deity in this analogy is Franco Pepe, a tall, lean vision in white widely recognized as Italy’s (hence, the world’s) greatest pizzaiolo. His pizzeria, Pepe in Grani, serves highly digestible, supremely delectable, masterfully crafted, thick-rimmed pizzas made from the best ingredients available. But its importance isn’t limited to craft or flavor. 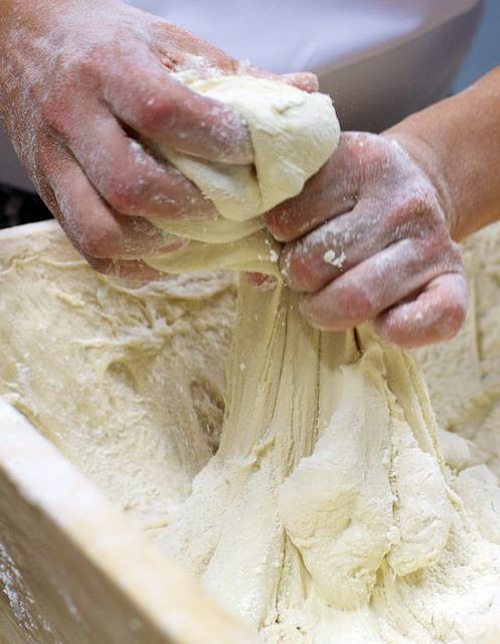 The pizzeria occupies a three-story stone building situated in a steep alley in Caiazzo’s historical center. More than a few locals questioned Franco’s sanity when he decided to open in what was then a desolate place. But the 430 pizzas he served during my visit last Saturday, coupled with the narrow alley packed with people waiting for tables, would seem to prove otherwise. Franco Pepe and his team have breathed new life into Caiazzo, which has become a veritable pizza pilgrimage destination since Pepe in Grani opened in October 2012. 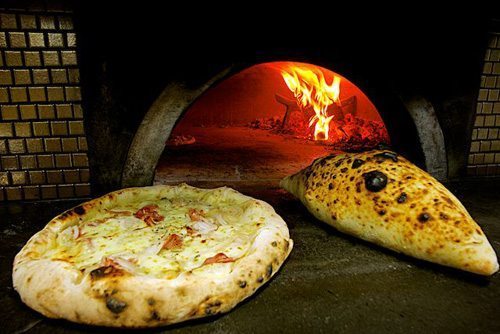 Diners come from Naples, Benevento, Caserta, Rome, Milan and beyond to eat Franco’s pizzas. Their visits bring revenue to the town’s shops, bars and parking meters. Before Pepe in Grani opened, Caiazzo’s historical center saw two shop closures a month. Now, requests for business permits are on the rise and the town’s shops have extended their opening hours to accommodate the new activity. Employment rates have improved, as well. 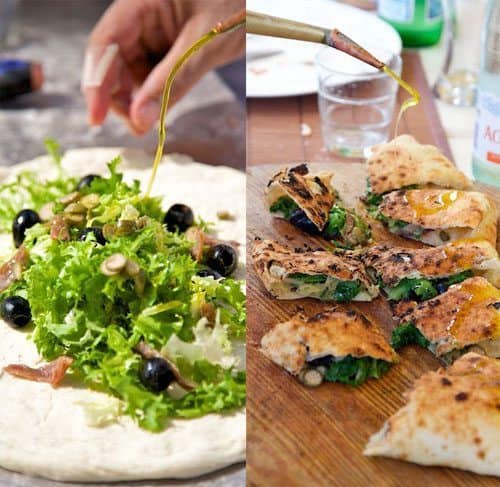 Pepe in Grani has also stimulated the Alto Casertano’s agricultural life. Franco works closely with small producers and local farms to obtain the ingredients for his pizzas and calzones. One of his greatest assets is Vincenzo Coppola, a young agronomist dedicated to discovering and preserving the biodiversity of the area. Together, they are seeking to revive an indigenous grain dubbed “autonomia” which was abandoned in the 1950s. They recovered seeds from a 90-year old farmer and will harvest and mill the grain locally. 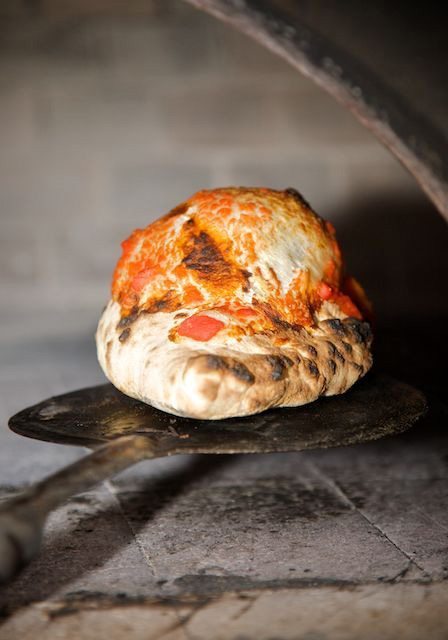 They also work with La Sbecciatrice, a farm in nearby Villa Santa Croce that grows heirloom tomatoes like the pomodoro riccio and vernino genuino, as well as chickpeas and beans. Pepe tops his pizzas with these and other local products like Letino potatoes, onions from Alife and mozzarella from Il Casolare in Alvignano. His Petrazzuoli brand extra virgin olive oil comes from centuries-old trees in Ruviano. 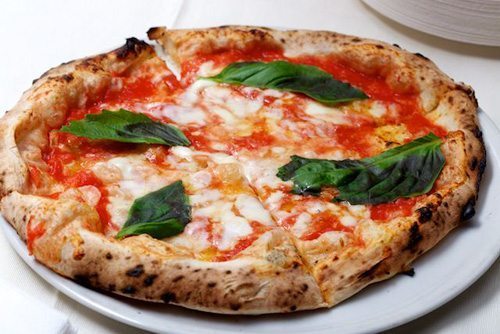 Each pizza, therefore, is the result of a set of choices. Franco and his team have chosen to highlight the natural bounty of their region. They have chosen to stay in Caiazzo in spite of the obstacles it presented and continues to present. They have chosen to forge responsible relationships with the land, their producers and their clientele. Every pizza is the fruit of thoughtful planning, planting, producing and harvesting which respects the rhythms of nature and transmits flavor, which will simply change the way you think about food. Go taste for yourself and you’ll see this is not hyperbole. Like I said, it’s not just pizza.

Pepe in Grani is open Mon-Sat from 19:00 until midnight and Sun from 12:30-midnight. As Caiazzo has few accommodation options, inquire about booking one of the two rooms above the pizzeria.

Special thanks to photographer Luciano Furia for the spectacular images. 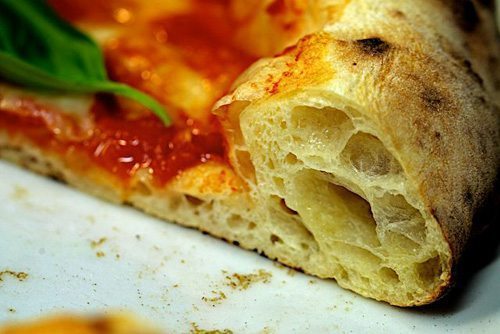 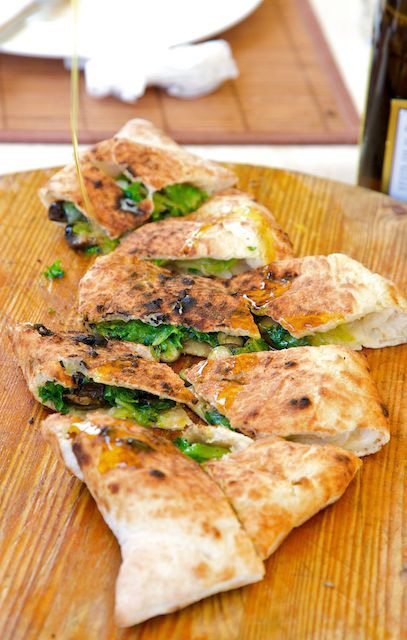 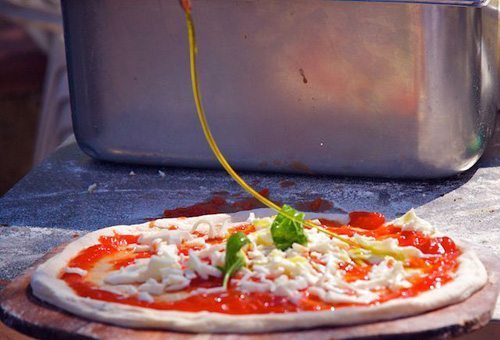 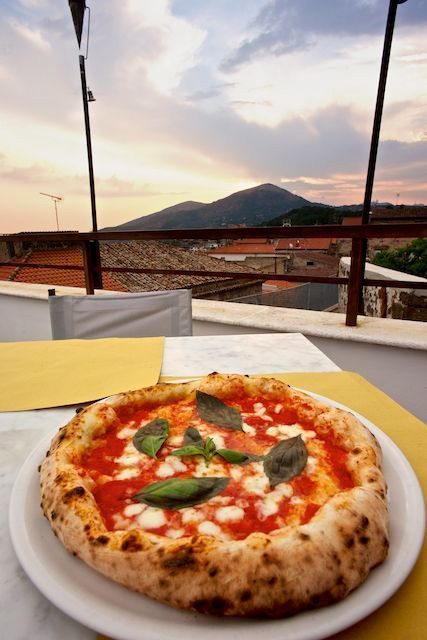 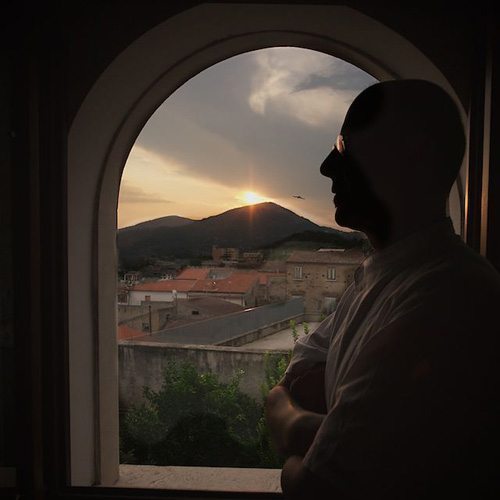