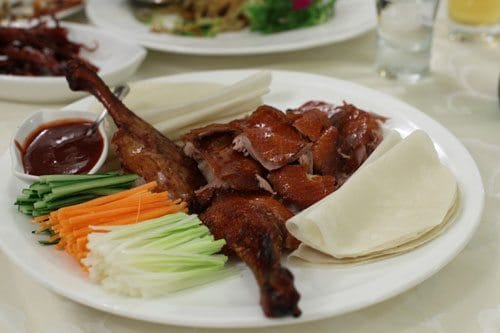 Move over, cacio e pepe. I’ve been on an international cuisine kick in Rome for the past two weeks. Between Korean food at Gainn, Mesob twice, and a visit to Sukothai in Monteverde you’d hardly guess I live in the city of carbonara and coda. 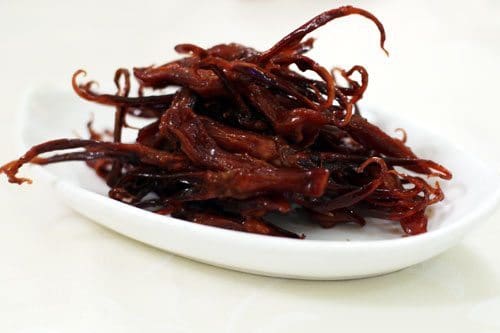 Contrary to popular belief, Rome does have plenty of international dining destinations, though not all are equally appealing. There is a rich immigrant culture here and, while it is often marginalized by mainstream Roman culture, it does make up an important part of the city. The notion that one cannot eat great non-Italian food in Rome is outrageous. You just have to know where to go and what to order (an axiom inherent in all dining in Rome, ethnic or otherwise). 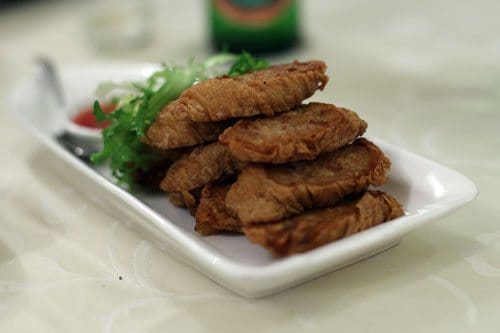 On Sunday night, my Swedish buddy John and his Corsican girlfriend (who is my new favorite person for giving me gizzards and duck fat for my birthday) and I ate at Food & Beverages (aka F&B, previously known as Hong Kong Food & Beverages) on Via Giolitti. John had called ahead to reserve Peking duck, which, he was told, could feed 8. I swear we could have put away one of those flavorful babies each. 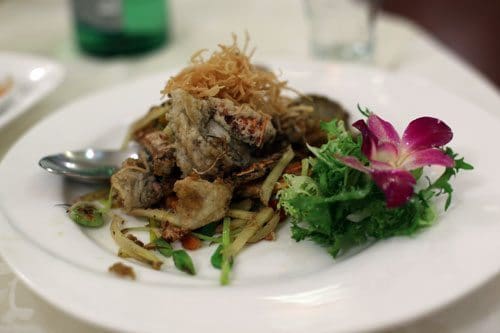 When we got to F&B, we delighted our server by rejecting regular menu in favor of the starters in the display case. There, as in the other Chinese restaurants in Rome, the menu items which have been translated into Italian are bound to disappoint and indeed those are not the dishes you see Chinese families enjoy at the adjacent table. Stick to the unknown dishes and you’ll probably eat better. We began with an array of Chinese regional specialties like duck tongues lacquered in a sort of bbq sauce, a pork/chicken/prawn stick that was deep fried to order, and fried crab. 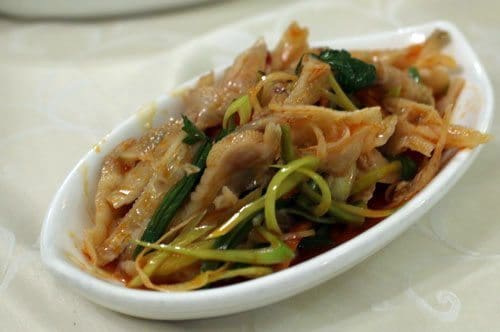 The dishes came out in quickly and soon the table was full of plates, which we picked at over the next 30 minutes or so while slugging Tsingtao. Then came the Peking duck, plated with flair, and served with a side of sweet bean sauce, steamed pancakes and juilenned spring onions, carrots and cucumber. We fashioned our own little duck tacos and soon, the dark meat and crispy skin were gone. Still feeling slightly hungry and completely curious, we ordered a plate of chicken feet in vinegar and pepper oil, which tasted a lot like beef tendons, but with more hard bits and cartilage. It tasted spicy and tangy and not as all as disgusting as I made it sound.

We wrapped up our meal with dessert, bigne stuffed with black sesame seed paste and sweet coconut rice squares wrapped in banana leaves. The bill for this delectable meal came to around €30 per person; the labor intensive peking duck half was priced at €26. 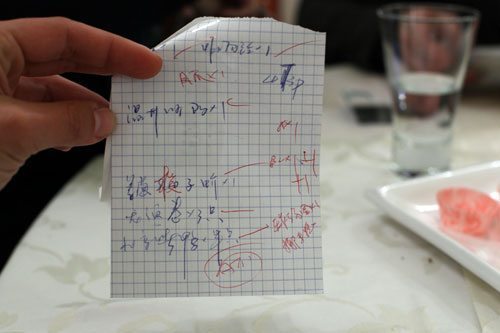