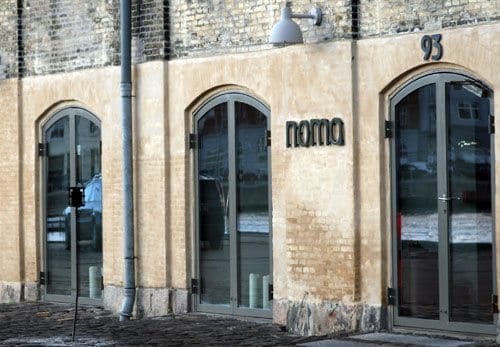 Back in August I visited Copenhagen for the first time. The occasion for this long-overdue trip was the first annual MAD Food Camp, a symposium for chefs, farmers and foragers organized by René Redzepi and the crew at Noma. I went to cover the event for the NYT and stuck around for an extra week to eat my way through Copenhagen. The highlight of the trip was, naturally, lunch at Noma, a meal that ended with an hour-long kitchen tour and a visit to the Nordic Food Lab, a floating houseboat where a team of chefs make gastro-science-magic happen. 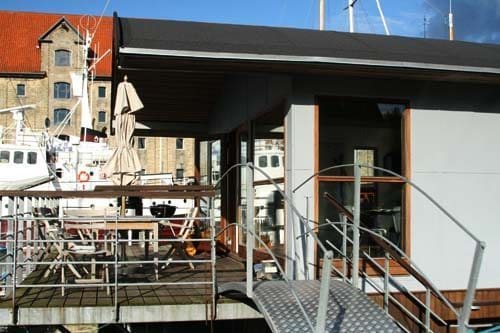 The Nordic Food Lab isn’t exactly easy to define. Its website describes it as, “a non-profit self-governed institution established by head chef of Noma René Redzepi and gastronomic entrepreneur Claus Meyer with the purpose of exploring Nordic Cuisine, cornerstones of gastronomy and disseminating results from this exploration.” Basically, it doubles as a test kitchen for Noma as well as a place for sponsored and collaborative research projects. My friend John had worked in the Nordic Food Lab earlier this year (penning this amazing letter about the experience) and was kind enough to put me in touch with its head of R&D, American chef Lars Williams. I boarded the gently rocking houseboat and he showed me around the lab–which didn’t take long considering it’s all of 30 meters square. For the next half-hour, he described the work that goes on there and shared a few of the projects in progress, including some being done in association with Harvard. 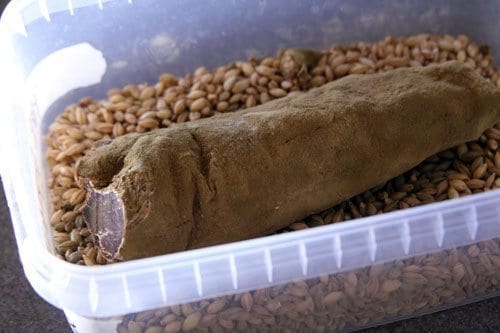 He opened one container to reveal pork bushi, a twist on the Japanese delicacy katsuobushi (dried, fermented and smoked bonito), which is one of several New Nordic inventions. Since Noma opened 8 years ago, the team has been crafting the so-called New Nordic Cuisine, often combining foreign food preparation methods with Scandinavian ingredients in unprecedented ways. Since there is no bonito in the cold North sea, the Nordic Food Lab has replaced fish with pork, which it cooks at a low temperature, smokes, and treats with Aspergillus oryzae. Lars explained that the Momofuku team in NYC was working on a similar project. 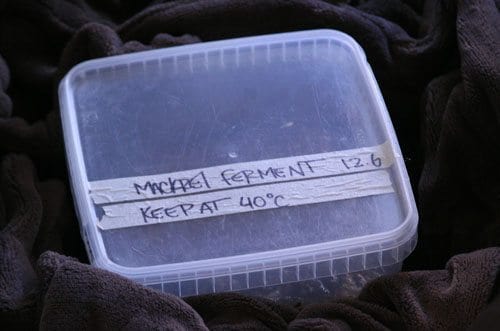 Next, Lars opened another container to reveal a closed plastic tupperwear wrapped in an electric blanket set at 40˚C. The contents were fermenting mackerel, which were being transformed into fish sauce, similar to ancient Roman garum, but employing a local species. The Nordic Food Lab blog reports that the very same batch I saw (begun on June 12, 2011) was enroute to Harvard for chemical analysis. 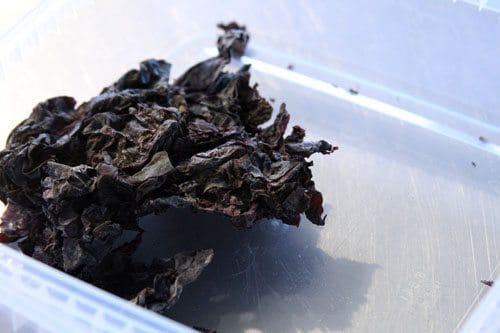 The NFL also focuses on specific ingredients and how they might be used in new ways. Seaweed, which is quite abundant in the nearby fjords and seas ends up in quite a few dishes at Noma. Perhaps the best known of these is the Langoustine With Oyster Emulsion and Seaweed in which sol (Iclandic seaweed) is pulverised and dusted over the serving surface, a warm stone. 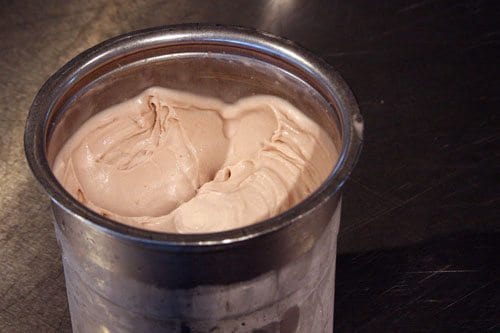 They are also experimenting with seaweed as a natural stabilizer in ice cream. To my knowledge, that hasn’t yet appeared on the menu. But I’ll keep you posted. My return to Noma is less that one month away.