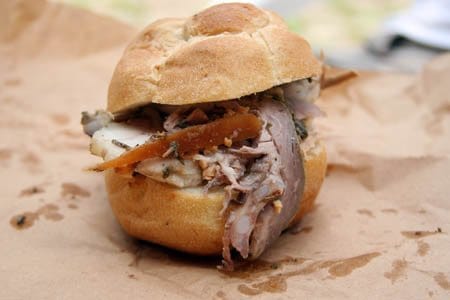 Things started off innocently enough this morning. My friend Halliday and I woke up feeling the effects of yesterday’s truly impressive pizza binge–Forno Campo de’ Fiori for breakfast, 00100 for lunch and Sforno for dinner. We thought an intense fat-burning bike ride up the Appian Way would be the cure for our acute lipid intoxication. Slathered in sunscreen and armed with my bike and Halliday’s bike share, we headed off to the Mercato di Campagna Amica del Circo Massimo for picnic provisions. 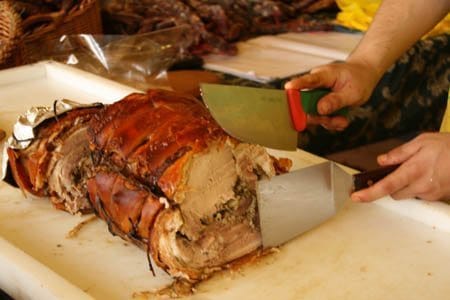 Plans changed slightly at the sight of porchetta, deboned roasted pork from Ariccia. We ate fatty, crispy, salty, peppery porchetta slices piled high on rosette at a table in the market’s outdoor courtyard. Feeling slightly heavy, we decided a bike ride in town would be a better idea. But first we shopped: red garlic spread from Agri. Api. Bio, an organic producer from Cassino (FR), guanciale and pancetta from Marcoccia e Diamante in Veroli (FR), and cherries. Because our kilo a day (each) consumption hasn’t been enough. 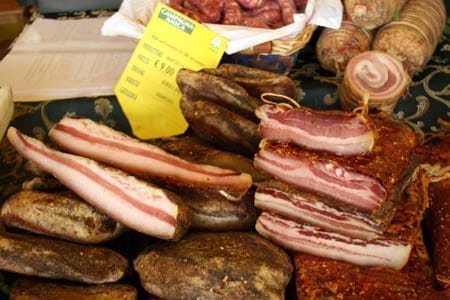 The purchases fit nicely into Halliday’s bike share basket. We started pedaling, and made it about 50 yards before I stopped short. Cristalli di Zucchero was open. For some inexplicable reason, I always forget one of Rome’s best pastry shops is on the corner of Via San Teodoro and is open seven days a week. Seems like something I should remember, no? We dismounted and entered the (oddly) unmarked shop. 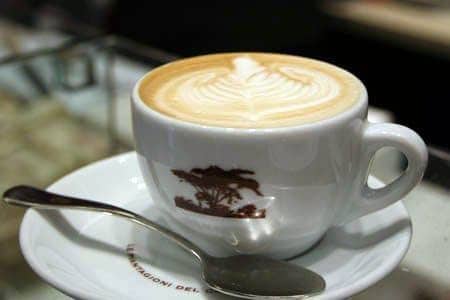 Over cappuccino and espresso, we plotted out next step, picking out six mini pastries including a cassatina to rival any in Palermo and a rich and dreamy chocolate cube. Sufficiently energized, we headed north to Ponte Milvio. 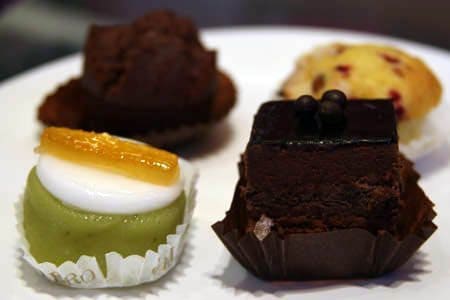 On the way, we stopped at Auditorium Parco della Musica for the Bio Sotto Casa organic market. We were thrilled to find Greed, a Roman gelateria had a booth there. Their booth at Circo Massimo was empty and I had wanted to try some of their vegetal flavors–I had already tried their famous cod and cacio e pepe gelati and once was enough for both…Halliday opted for strawberry and lemon, a refreshing combo in the mid-day heat. I went for carrot and white celery, both of which were…interesting… 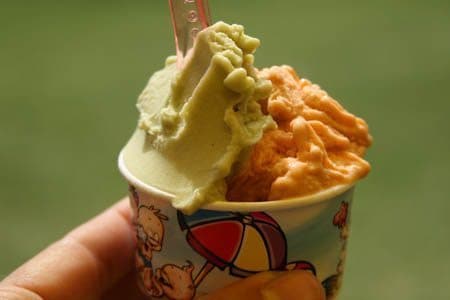 There was plenty to taste at the maket, including some of Lazio’s top olive oil producers who were participation in the day’s Extra Slow event, organized by Slow Food Lazio, but we wanted to save ourselves for an afternoon gelato tasting, so we moved on. Destination: Al Settimo Gelo in Prati by way of Ponte Milvio and Stadio Olimpico. 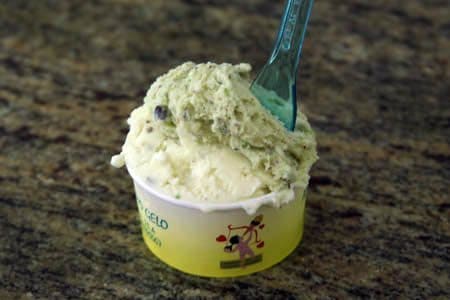 At first I had a bit of trouble locating al Settimo Gelo. I have a habit of getting lost in Prati. Something about the organized urban plan frightens and confuses me. When we finally made it, the place was empty and we took our time choosing from the thirty or so flavors. For my first gelato, I got pistacchio and “Iraniano”, a mixture of ground pistacchio, saffron, and rose water. I hate rose water with a passion, but this is a matter of taste. The pistacchio flavor was great, not too smooth with tiny ground bits. Loved it. 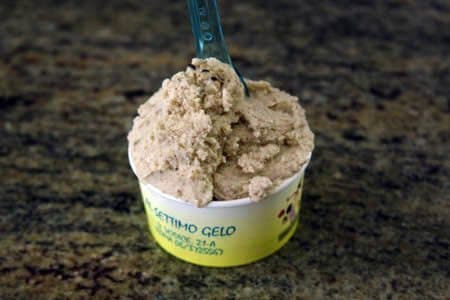 Sesame with honey and ginger with cinnamon gelati at Al Settimo Gelo.

Halliday’s combo was a winner, sesame with honey and ginger with cinnamon. My next gelato (yeah, that’s right) was peanut and chocolate with hazelnut. The former was very good but the hazelnut was next level. Like the pistacchio, its texture was between smooth and slightly chunky. The taste was perfectly toasty nutty delicious. Al Settimo Gelo deserves a place on my list of Rome’s best gelaterie, with one footnote: the gelato is a bit too cold. Aside from that, no complaints. 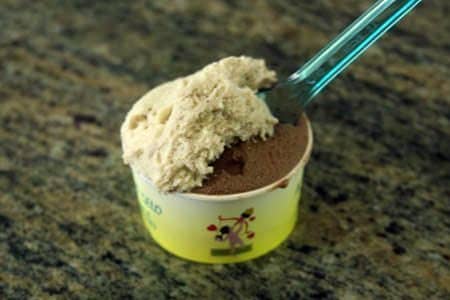 Hazelnut with peanut and chocolate gelati at Al Settimo Gelo.