Skip to content
Home/August in America: A Progress Report
Previous Next

August in America: A Progress Report 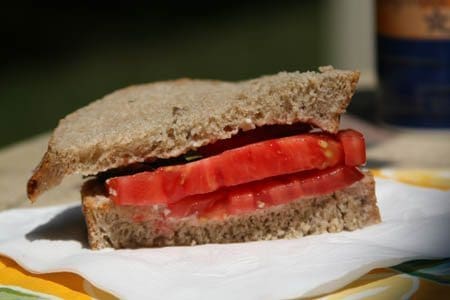 I’m a week into my annual August trip home and I’ve already put a pretty serious dent into this month’s food goals. The feast started shortly after I landed in Philly and has continued unrelenting through New Jersey and NYC, with brief pauses to sleep, watch Tosh.0, and travel from one dining destination to another.

Day 1: My parents met me at the airport and we stopped in town for a few beers and some snacks at the Eulogy Belgian Tavern, where our friend Andrew tends bar. From there, we headed over to The Village Whiskey for some good old fashioned American summer grub: oysters on the half shell, pickled beets and carrots, deviled eggs, and lobster rolls. They have a great cocktail list, and I became much enamored of the Brooklyn (rye whiskey, dry vermouth, Maraschino, and Torani Amer), which I have been attempting to replicate ever since. 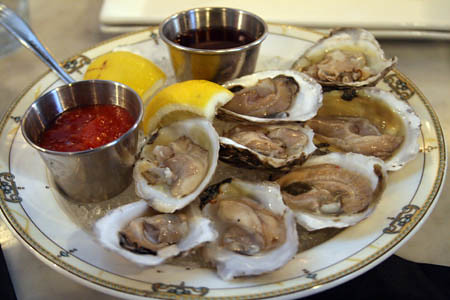 Oysters on the half shell at The Village Whiskey, Philly.

Day 2: I had lunch in the backyard with Mamma Parla, a tomato sandwich made with the meaty Jersey beefsteaks and basil from her garden. For dinner, I headed up to NYC where I finally tried Bistro De La Gare in the West Village. My friends Maryann Terillo and Elisa Sarno opened this France and Italy inspired restaurant in February and it is just lovely. The lamb sausage, house-made spaghetti, grilled U-10 scallops with corn chowder, and rice pudding were highlights. 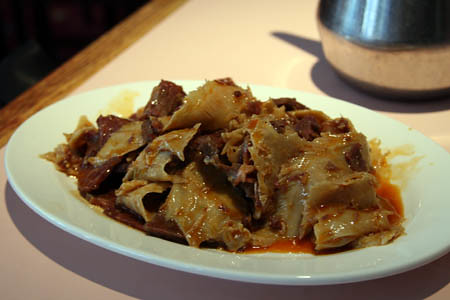 Tripe and Oxtail at Grand Sichuan in Chelsea, NYC.

Day 3: A mediocre brunch of fried chicken and waffles washed down with a fairly delicious Bloody Mary at Walter Foods in Williamsburg.

Day 4: Dinner at Daniel in NYC with Mamma and Lauren Parla was good, but it didn’t knock my socks off the way a restaurant with 3 Michelin stars and ranked eighth in The World’s 50 Best Restaurants definitely should have. 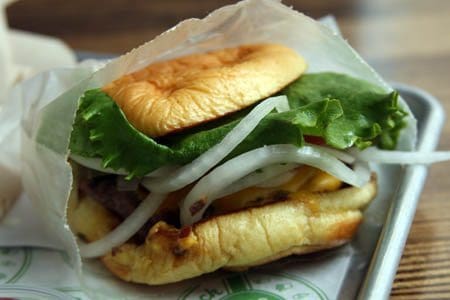 Day 5: I stopped by the new Shake Shack in the Theater District for a cheeseburger that pulled out all the umami stops. I paired it with a delectable frozen vanilla custard. Dinner with my friend Sarah that evening was at Eleven Madison Park. We ordered the “Summer” tasting menu, which was exceptional, save for the beet marshmallow amuse-bouche which made me gag a little and the “Milk and Honey” dessert which I didn’t care for due to its similarity to a bland Astronaut Ice Cream. The meal’s highlights included strawberry gazpacho with guanciale, milk-fed veal three ways (the tender sweetbreads and ribbons of corned tongue were amazing), and Bing cherry and pistachio sundae. 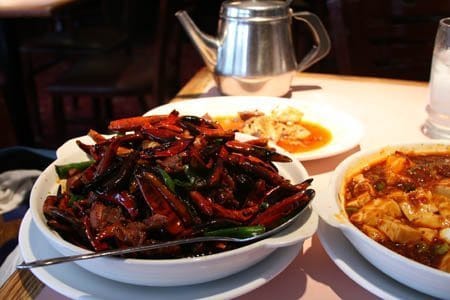 Day 6: Lunch with Can at Grand Sichuan in Chelsea was alright, though I much prefer the incapacitating and hallucination inducing heat of Szechuan Gourmet in Midtown. The dumplings with spicy oil, cold spicy beef tongue and oxtail, and whole crispy fish were all good but I could still feel my face when all was said and done, so it wasn’t quite up to my spice capacity. 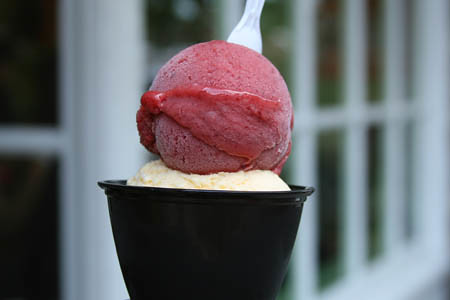 Two scoops at The Bent Spoon.

Day 7: Lunch at the Princeton Farmer’s Market and ice cream at The Bent Spoon, both additions to the community since my departure years back. There were lots of gorgeous ears of Jersey corn, heirloom tomatoes, peppers, and peaches at the market and The Bent Spoon was overflowing with flavors sourced from local farmers. I opted for scoop of apricot with watermelon/white peach/berry. 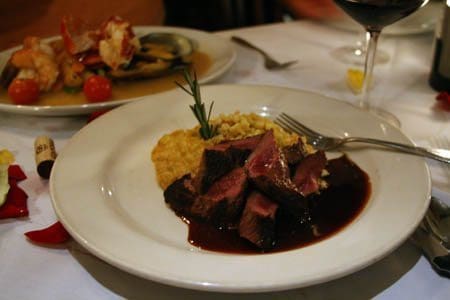 Dinner that night was at Clydz, my dad’s restaurant in New Brunswick, NJ. Things tend to get pretty messy when we eat here. It always seems like a good idea to get everything on the menu. This time around tried to eat conservatively and only had two dozen oysters, crispy calamari salad, crab cakes with sherry Dijon sauce, pulled buffalo short rib ravioli, elk and rattlesnake chili, grilled ostrich, cioppino, and kangaroo loin with Jersey corn succotash. And those are just the dishes I was able to recall while drifting in and out of a food coma later that night.