Five Days in the Fatherland 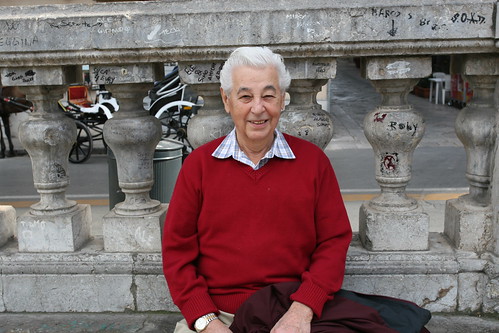 My nonno in front of the Cattedrale in Palermo

In 1899, my great grandfather Niccolo’ Cipollina was born in Palermo near La Cala. His father worked in the port as a steamfitter and in 1906, he packed up his big family and moved to New York City. Little Niccolo’s name was changed to Nicholas at Ellis Island. In 2007, years after

his death, I had his name changed back as part of my dual US-Italian citizenship application. Crazy but true. 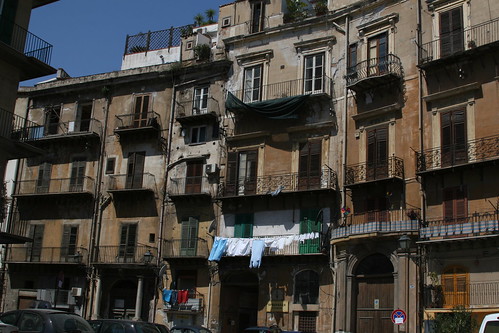 The neighborhood where my great grandfather was born

My great-grandfather never did return to the city of his birth, and considering the impoverished conditions of turn-of-the-twentieth-century Sicily, that’s no surprise. But growing up, I was always intrigued by the idea of Palermo and I obsessed over it from afar until I made my first trip at age 20. 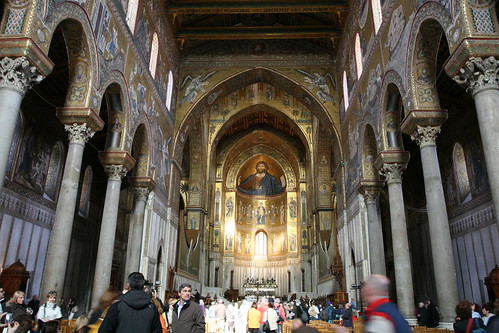 Cathedral in Monreale outside Palermo

I planned to stay for a week. I lasted less than 48 hours. I stayed in an absolute dive, sketchy by day and transvestite brothel by night (thanks Rough Guide!). The city did not make a great first impression, but I was determined to love it, so I returned the next year and have been back many times since. I have even visited with my grandfather twice. Walking the streets where his father played as a child was an experience so special it deserves a book, not a blog post. 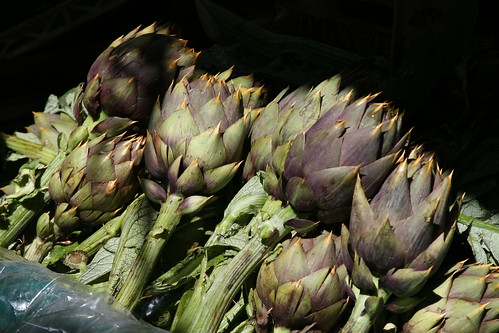 Artichokes in the Capo Market

I’m back again and will spend the next five days showing this beautifully decadent city to friends. We’ll delve into the intricacies of Arab engineering, Norman material culture, Baroque pageantry, and, of course, food. 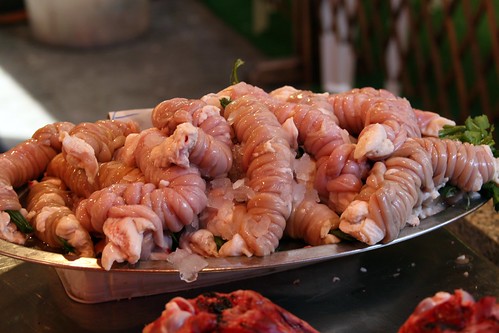 Stigghiuole in the Capo Market

We arrived this morning and have already worked in a visit to the Capo Market (tied with Ballaro’ as my favorite market in Italy), sfincioni (slices of focaccia topped with tomato sauce, onions and breadcrumbs), and sfinci (fried choux pastry filled with sweetened ricotta). There is so much great stuff to eat here, we definitely have our work cut out for us, but I’m confident we can accomplish our goals: an arancina bomba at Bar Touring, cremolate at Le Cremolose, pane ca’ meusa in the Ballaro’ Market, a big fat ice cream sandwich at Oriol, setteveil at Massaro, stigghiuole on some filthy streetcorner near the Porta Nuova, everything at Zia Pina in the Vucciria, grilled fish at Da Michele in Borgo Vecchio, and that’s just Day 2! 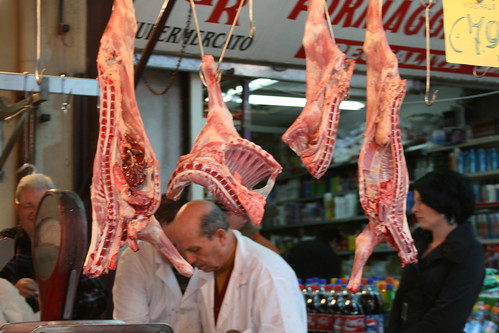 Butcher in the Capo Market